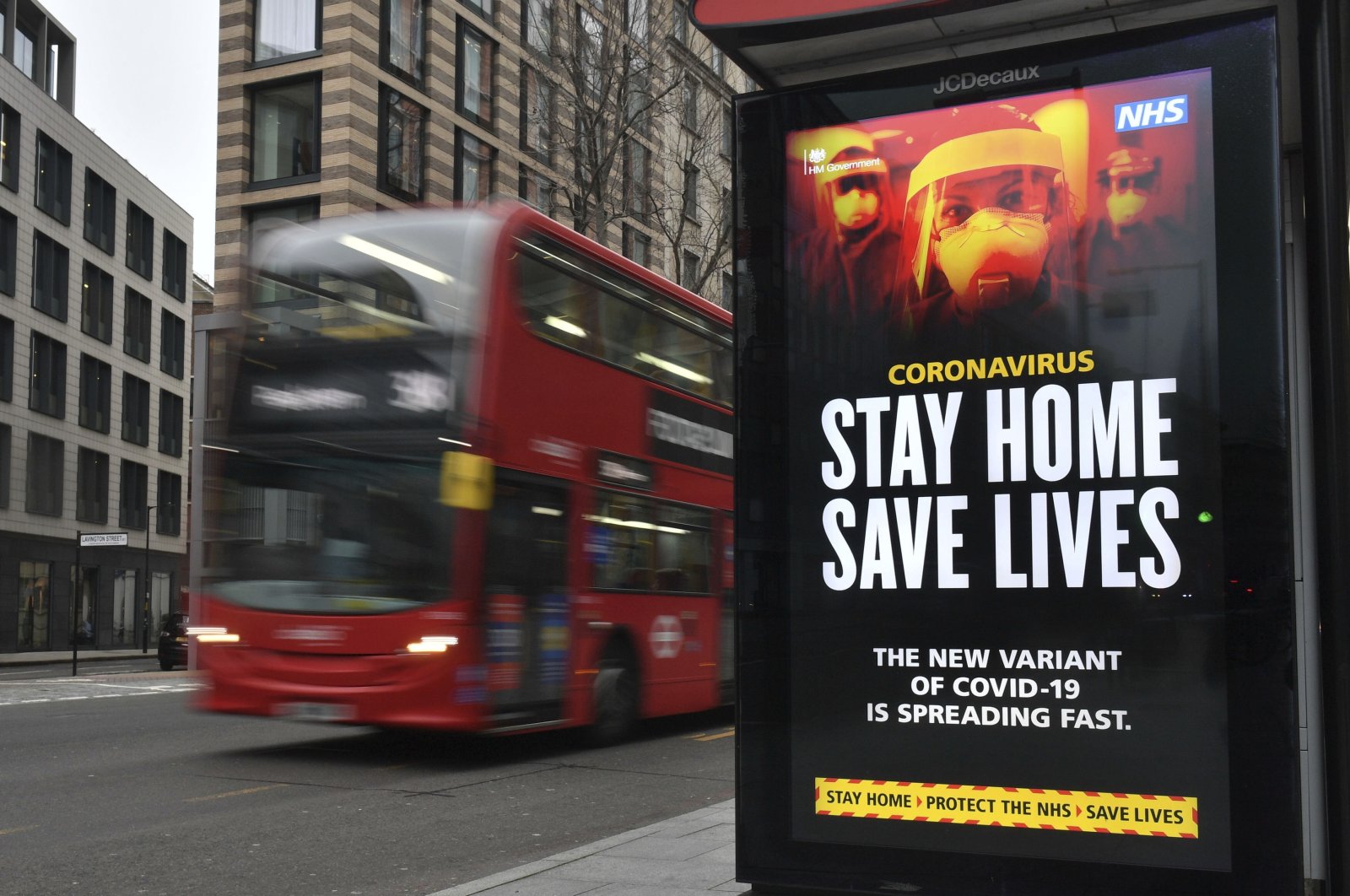 The U.K. is ramping up massive COVID-19 vaccinations while nations around the globe scramble to procure shots and continue to extend or reinstate lockdowns to fight new virus strains

Worldwide coronavirus cases surpassed 90 million on Monday, according to figures compiled by Johns Hopkins University, with Britain ramping up its mass rollout of COVID-19 vaccinations as its top medical officer said the next few weeks of the pandemic will be the worst yet, with deaths and cases hitting record highs, putting the health service under huge pressure.

Deaths from the virus have now exceeded 81,000 in the United Kingdom with more than 3 million people testing positive, and a new variant of the disease is surging through the population, with one in 20 people in parts of London now infected.

"The next few weeks are going to be the worst weeks of this pandemic in terms of numbers into the NHS (National Health Service)," Chris Whitty, the British government's chief medical adviser said. "Anybody who is not shocked by the number of people in the hospital who are seriously ill at the moment and who are dying over the course of this pandemic, I think, has not understood this at all. This is an appalling situation," he told the BBC.

In a bid to get on top of the pandemic and to try to restore some degree of normality by the spring, Britain is planning the country's largest-ever vaccination program, shots initially offered to all those in its top four priority categories – about 15 million people – by the middle of next month.

The country's Health Minister Matt Hancock will set out the government's vaccine delivery plan at a news conference later. The proposals would be the "keystone of our exit out of the pandemic," he said.

Having become the first country to approve vaccines developed by American giant Pfizer and its German partner BioNTech, and by Oxford-AstraZeneca, Britain will open seven large-scale vaccination centers as it seeks to reach a target of offering shots to 15 million people by the middle of next month.

"The vaccinations are really beginning to ramp up, 200,000 a day, we've done an incredible job this past week," Minister for COVID Vaccine Deployment Nadhim Zahawi told Sky News, saying they would offer shots to those in the highest risk levels, the eldest and frontline health workers, by Feb. 15.

More than 81,400 people in the U.K. have died within 28 days of receiving a positive COVID-19 test, the fifth-highest official death toll globally. On Friday, London's Mayor Sadiq Khan warned the British capital's hospitals were in danger of being overwhelmed by COVID patients, and ministers and health chiefs have pleaded with people to respect lockdown measures and stay at home unless it was essential to go out.

"We have got to be able to maintain this for several more weeks now," said Whitty, adding it would require "significant action" until sometime in the spring. "We are now very close to the point, with the vaccinations, where we are able to get on top of this, but it is not yet."

There have been calls for the government to take tougher action against those who break the rules, such as refusing to wear masks in supermarkets, amid concern the disease is being spread by shoppers in the stores.

As the new COVID-19 variants discovered initially in the U.K. and South Africa are rapidly spreading globally, France is considering closing its borders with Britain and other countries that have a strong presence of the new variant of the coronavirus first found in the U.K., a French epidemiologist and government adviser said on Monday.

"It is important that we consider whether we need to close the borders to a limited number of countries, notably the United Kingdom and Ireland," Arnaud Fontanet, a member of the scientific council that advises the government on COVID-19 policy, said on news broadcaster BFMTV. "This is certainly a point for the agenda. It is not up to the scientific council to decide this, but we want to raise the issue."

French authorities said on Sunday that the more infectious variant had now been detected in France's Mediterranean port of Marseille and the Alps.

"The new COVID variant is nearly a new epidemic within the epidemic," Fontanet said, adding that the new variant was more contagious, but that for now there were no signs that its mortality rate was higher. Fontanet also said on BFMTV that to get the epidemic under control, France needed to vaccinate 10 to 15 million people by the end of March and 25 to 30 million people by the end of June. French authorities imposed a stricter evening curfew in Marseille after authorities said the new variant of the COVID-19 virus initially found in the U.K. had been discovered in the Mediterranean city.

Europe, which became the first region to report 25 million cases last week, remains the worst-affected area in the world, followed by North and Latin Americas with 22.4 million and 16.3 million cases respectively. Europe has reported around 31% of about 1.93 million coronavirus-related deaths globally.

To control the spread of new coronavirus variant, countries across the globe have started to extend movement and business restrictions.

In Germany, Chancellor Angela Merkel and state premiers last week agreed to restrict non-essential travel for residents of hard-hit areas all over Germany for the first time after a lockdown decreed in December failed to significantly reduce infection numbers.

The United States, the world's worst-affected country, reported its highest death toll on Wednesday, with over 4,000 fatalities in a single day. The nation has recorded more than 22 million cases since the pandemic started, reporting on average 245,000 new infections a day over the last seven days, according to a Reuters analysis.

In Asia, India crossed 150,000 deaths last Tuesday, becoming the third nation to reach the grim milestone. The south Asian nation has approved two COVID-19 vaccines and will start its vaccination drive from Jan. 16 with priority given to about 30 million health care and frontline workers.

The total number of new COVID-19 cases stood at 103, the highest since 127 cases were reported on July 30. Though the recent case tallies remain a small fraction of what the country saw at the height of the outbreak in early 2020, authorities are moving aggressively to curb its spread to avoid another national wave of infections.

The surge comes as a group of experts from the World Health Organization (WHO) are due to arrive this week for an investigation into the origins of the coronavirus pandemic. A one-sentence announcement from the NHC said the experts would arrive on Thursday and meet with Chinese counterparts, but it gave no other details. It wasn't immediately clear whether they would be traveling to the central Chinese city of Wuhan, where the coronavirus was first detected in late 2019.

Negotiations for the visit have long been underway. WHO Director-General Tedros Adhanom Ghebreyesus expressed disappointment last week over delays, saying that members of the international scientific team departing from their home countries had already started on their trip as part of an arrangement between the WHO and the Chinese government.

China's government has strictly controlled all research at home into the origins of the virus, an investigation by The Associated Press (AP) found, and state-owned media have played up reports that suggest the virus could have originated elsewhere.

After Tedros' statement, China's Foreign Ministry said the country was open to a visit but that it was still working on "necessary procedures and relevant concrete plans."