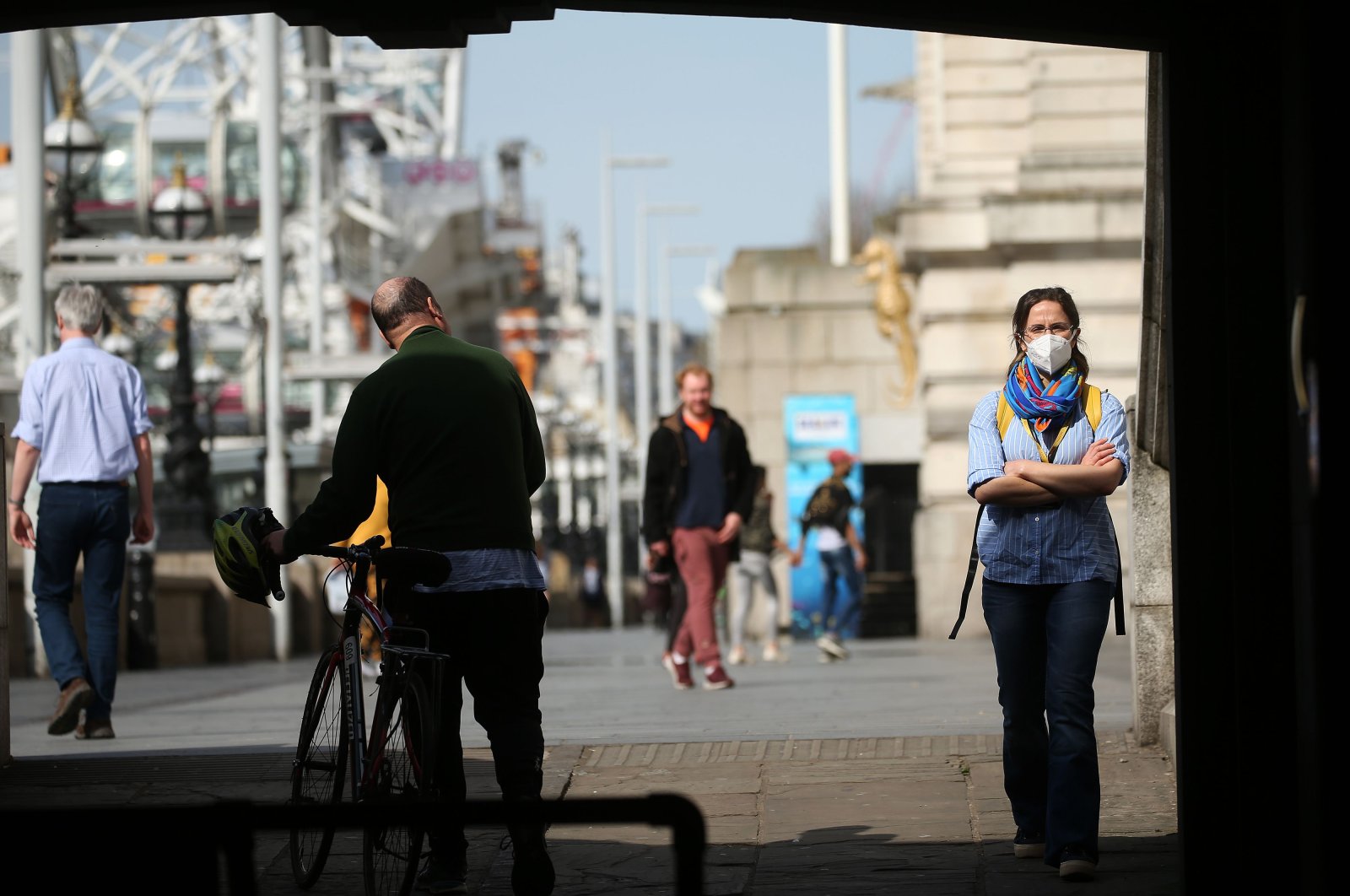 A woman wearing a face mask as a precautionary measure against COVID-19, walks past a cyclist on the South Bank, by the River Thames in central London on April 7, 2020, as life in Britain continues during the nationwide lockdown to combat the novel coronavirus pandemic. (AFP Photo)
by Compiled from Wire Services Apr 07, 2020 6:26 pm
RECOMMENDED

Earlier, data showed England's hospital death toll from the coronavirus has risen by 758 to 5,655, representing a re-acceleration in the count of fatalities.

Twenty-nine of the latest victims in England had no known underlying health condition and the ages of those who died ranged between 23 and 102.

Tuesday's English total represented a faster pace of increase than the 403 new deaths announced on Monday, which was down from Sunday's figure.

An official with the National Health Service said the jump from Monday probably reflected the slower confirmation of deaths caused by coronavirus over the weekend in English hospitals, a pattern seen in the previous week too.

The daily updates of the death toll in English hospitals include backdated changes for people who died in previous days but were not immediately registered as coronavirus victims.

Only 38 of 539 coronavirus deaths recorded during that week occurred at home, in a care home, hospice or elsewhere, the data from the Office for National Statistics showed.