UN climate summit postponed until 2021 because of coronavirus 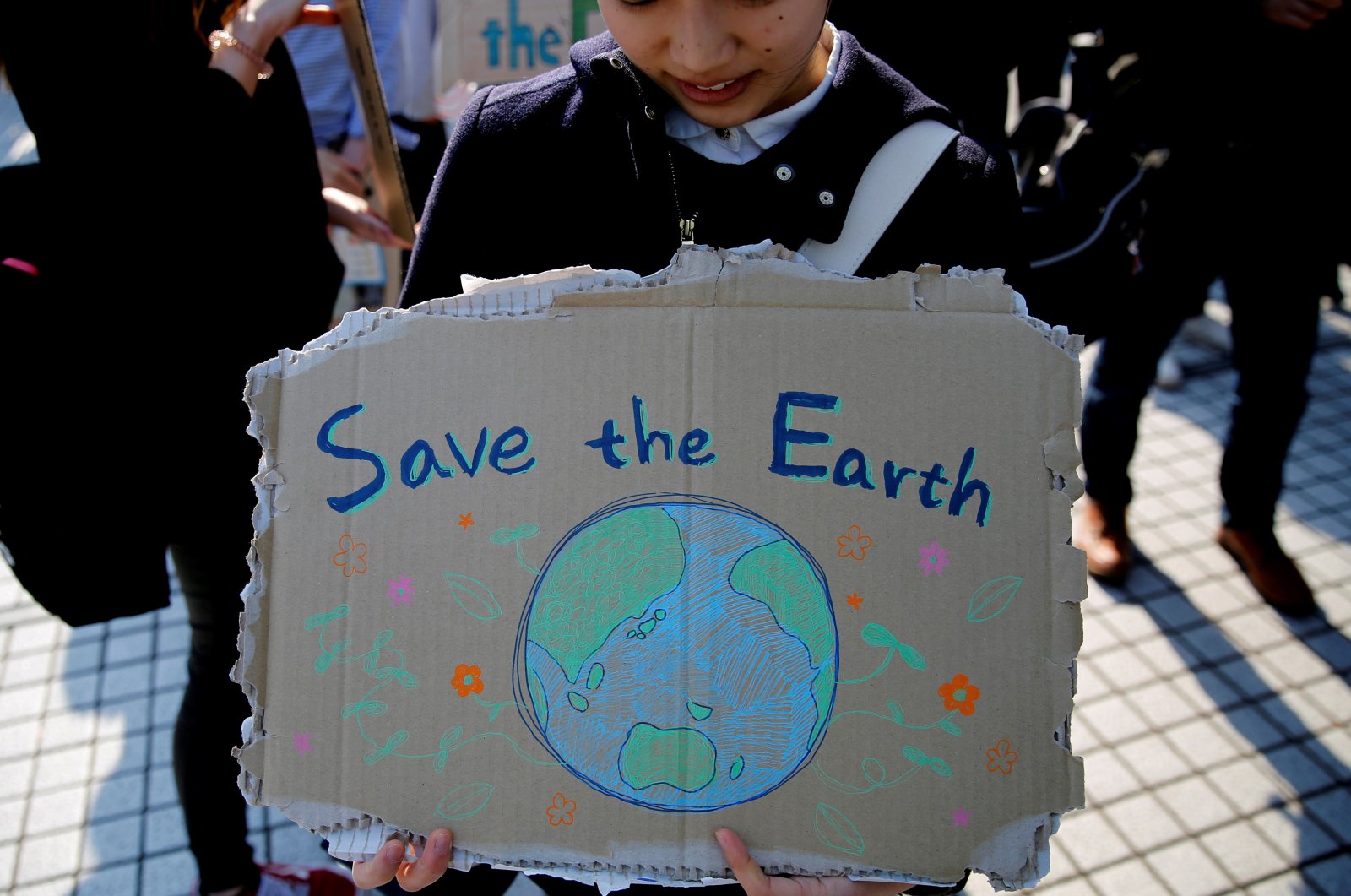 A school student holds a sign as she takes part in the global students strike for action on climate change in Tokyo, Japan, March 15, 2019. (Reuters Photo)
by Associated Press Apr 02, 2020 12:39 am
RECOMMENDED

This year's United Nations global climate summit is being postponed because of the coronavirus pandemic, host country Britain said Wednesday.

The U.K. government said the meeting, due to take place in Glasgow, Scotland, in November, would now be held next year at a date still to be determined.

The government said in a statement that "in light of the ongoing, worldwide effects of COVID-19, holding an ambitious, inclusive COP26 in November 2020 is no longer possible.” The meeting is formally known as the 26th Conference of the Parties.

The decision was made by the United Nations Framework Convention on Climate Change, Britain and Italy, who had been due to host some preparatory events.

Scottish First Minister Nicola Sturgeon tweeted that it was a "disappointing decision, but absolutely the right one as we all focus on the fight against #coronavirus.”

Glasgow’s SEC Arena, which had been due to host the event, has been named as the site of a temporary hospital for COVID-19 patients.

Prime Minister Boris Johnson has made tackling climate change a priority, but Britain’s tenure at the helm of the conference got off to a bumpy start even before the coronavirus pandemic. In January, Johnson fired Claire O'Neill, a former British government minister appointed last year to head the event and replaced her with Business Secretary Alok Sharma.

"We will continue working tirelessly with our partners to deliver the ambition needed to tackle the climate crisis and I look forward to agreeing on a new date for the conference,” Sharma said Wednesday.

The meeting in Glasgow would have been held five years after the 2015 Paris climate accord was agreed. Countries that signed the landmark agreement are still expected to provide an update on their efforts to reduce greenhouse gas emissions driving global warming.

President Donald Trump triggered the United States' withdrawal from the Paris accord, a move that formally comes into force in November. His Democratic rivals have said they would rejoin if elected.

"It doesn’t make sense to bring people from every country together in the middle of a pandemic," said Mohamed Adow, a longtime participant at U.N. climate meetings who heads the think tank Power Shift Africa.

Adow said postponing the conference mustn't stop countries from taking action to curb global warming, though, and suggested plans to revive economies after the pandemic ends should avoid propping up the kinds of industries that contribute to climate change.

"Economies in the rich north must not be kick-started with dirty investments that will lead to climate suffering in the global south,” he said.

Environment officials are planning to hold a lower-level meeting online at the end of April.