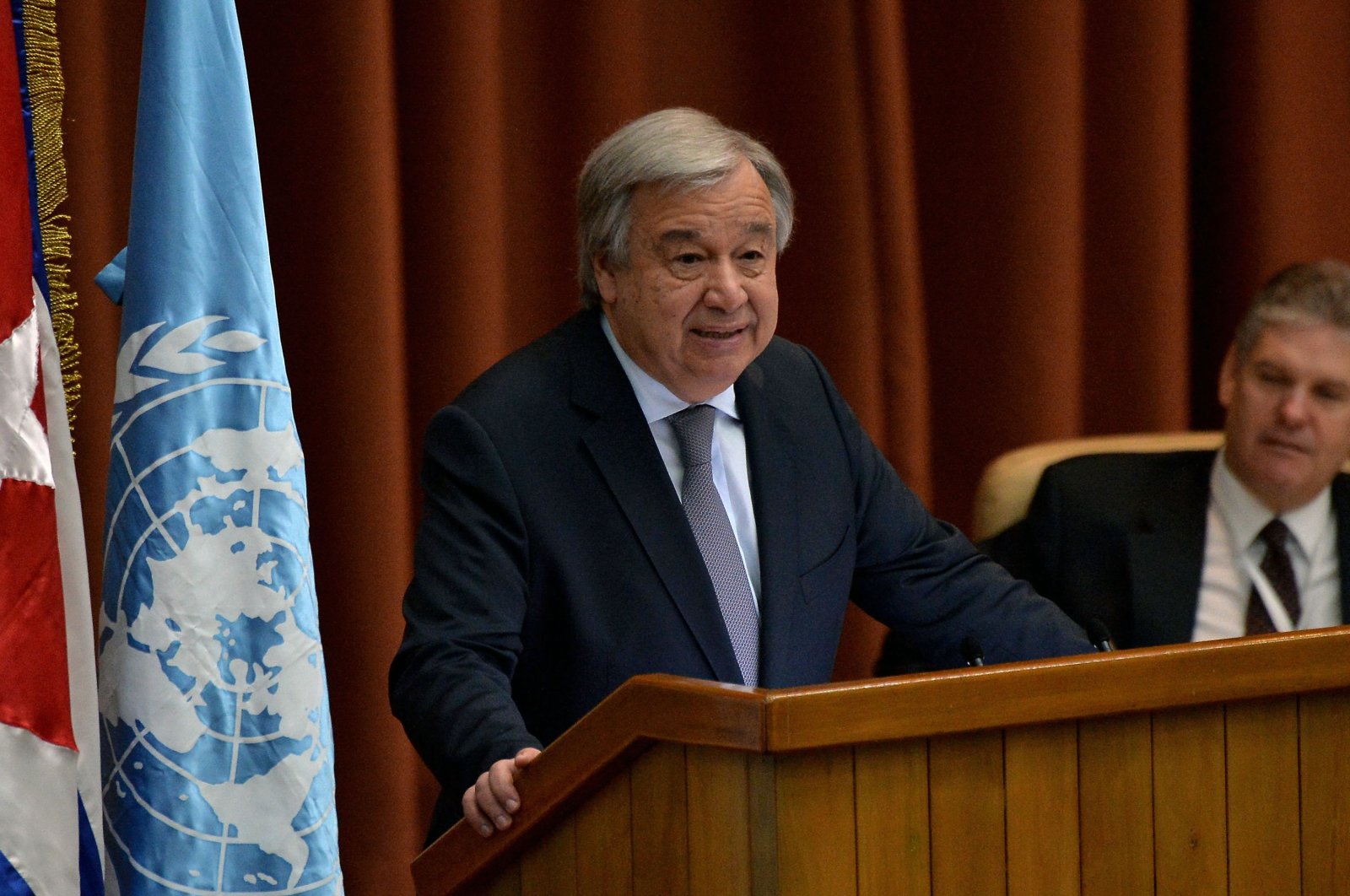 Antonio Guterres, secretary-general of the United Nations, delivers a speech during the inauguration of the 37th Session of the U.N. Economic Commission for Latin America and the Caribbean (CEPAL), at the Convention Palace in Havana, Cuba, May 8, 2018. (AFP Photo)
by ASSOCIATED PRESS Jun 18, 2021 4:51 pm
RECOMMENDED

The United Nations General Assembly unanimously elected Antonio Guterres to a second term as secretary-general on Friday, giving him another five years at the helm of the 193-member world organization, at a time a deeply divided world faces numerous conflicts, the growing impact of climate change, and a pandemic still circling the globe.

Ambassadors in the assembly chamber burst into applause as Assembly President Volkan Bozkir announced Guterres’ re-election by acclamation, without a vote.

Earlier in the month, the U.N. Security Council had supported Guterres' bid for a second term as secretary-general, a crucial hurdle in the process. The U.N. chief's new term is scheduled to start on Jan. 1, 2022.

Under the U.N. Charter, the General Assembly elects the secretary-general on the recommendation of the Security Council. Guterres was the only candidate nominated by a U.N. member state, his home country Portugal where he previously served as prime minister, and the country's current president was in the assembly chamber to watch the event.

Immediately after his re-election, Guterres took the oath of office and delivered an address urging U.N. member nations "to do everything we can to overcome current geostrategic divides and dysfunctional power relations.”

"There are too many asymmetrics and paradoxes,” he said. "They need to be addressed head on.”

Guterres expressed hope that "what we are living through today in terms of mistrust is, I hope, an aberration but it cannot become the norm.”

Traditionally, candidates for the U.N.’s top job have been nominated by a U.N. member state, but that is not a requirement in the U.N. Charter or in a resolution adopted by the General Assembly in 2015.

That measure made the previously largely secretive selection of the secretary-general more open and transparent, allowing member states for the first time to see basic information about all candidates, including their resumes, and to question them at open sessions.

Guterres, a former U.N. refugee chief, was elected by the assembly to succeed Ban Ki-moon after a hotly contested and transparent race in October 2016 that initially included 13 candidates. Guterres took office on Jan. 1, 2017.

This year, seven individuals submitted applications to be secretary-general without backing from any government, including most recently former Ecuadorian President Rosalia Arteaga.