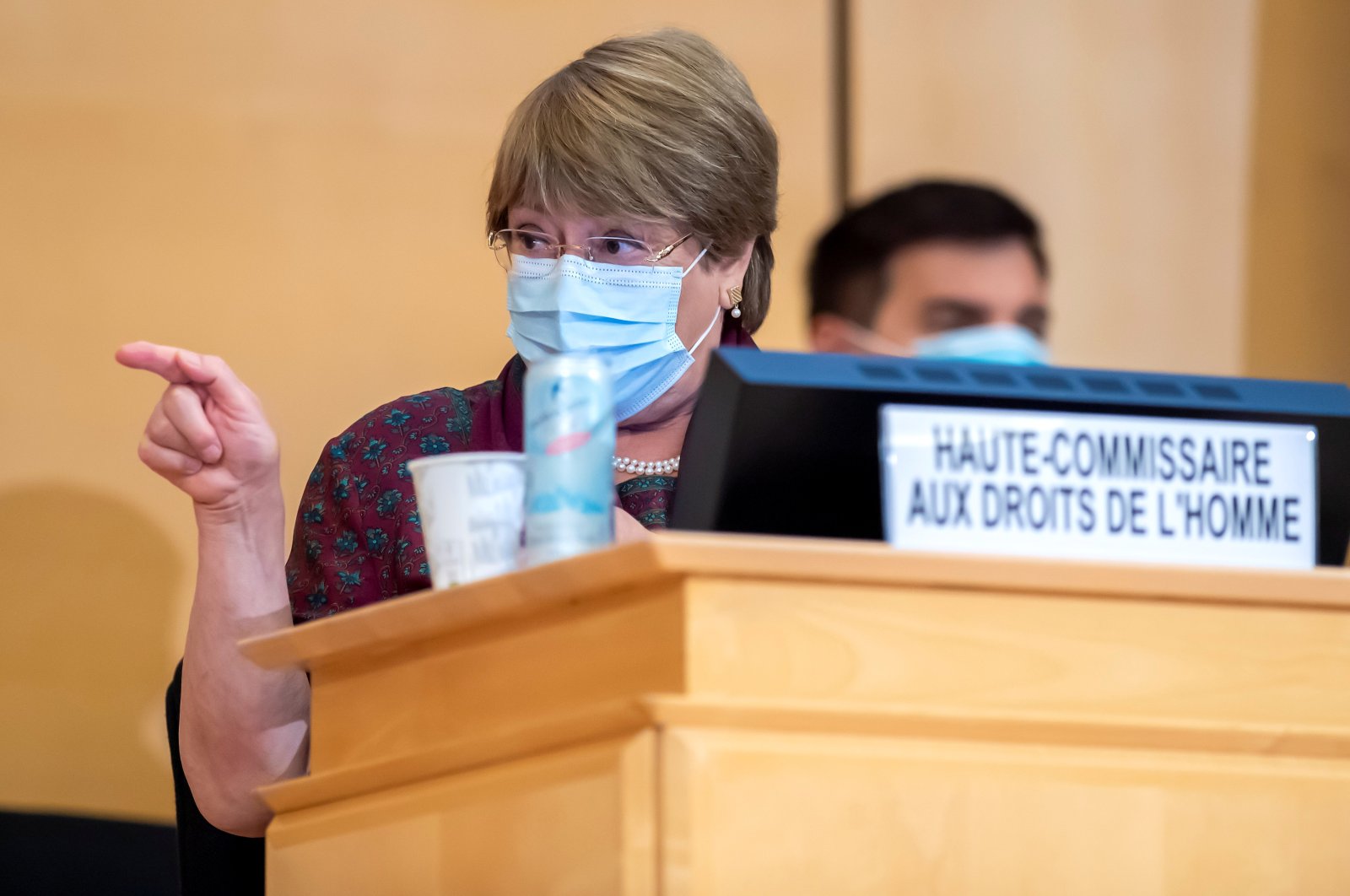 The United Nations human rights chief appealed Monday for "urgent and profound action to combat systemic racism” in the U.S., raised concerns about the human rights situation in Myanmar, Nicaragua and Venezuela, and denounced Israel’s blockade of the Gaza Strip.

The comments from Michelle Bachelet came in a catch-all speech to open the latest session of the U.N.-backed Human Rights Council, during which she highlighted concerns about the use of force by police in cases such as the shooting of Jacob Blake in Kenosha, Wisconsin last month, and recently revealed details of the death of Daniel Prude in Rochester, New York, earlier this year.

Bachelet, the U.N. High Commissioner for Human Rights, said the lack of accountability "for many prior killings underscores the gravity of this crisis.”

She said commitments by authorities in the U.S. to reform after the killing of George Floyd in Minneapolis in May "need to be matched by real change to create an environment in which African Americans feel they are protected by law enforcement and the state.”

Bachelet said she would speak later in the council’s three-week session to follow up on a resolution it passed in June commissioning a report on systematic racism and discrimination against black people.

On Myanmar, the rights chief said the plight of hundreds of thousands of Rohingya Muslim refugees and internally displaced people remain unresolved. She regretted that "no concrete measures have been taken” by the government in response to a fact-finding mission that faulted the state over acts committed during military operations in Rakhine state, where many Rohingya lived.

She also called Israel’s blockade of Gaza illegal under international law and ineffective in delivering security or peace for Israelis and Palestinians.

"The growing tragedy in the occupied Palestinian lands, especially in the Gaza Strip, is worrying," Bachelet said, stressing that while the cease-fire between Hamas and Israel is encouraging, long-term and sustainable solutions are needed.

According to Bachelet, the 13-year Israeli blockade of Gaza has resulted in a complete cessation of major economic and commercial activities in the area. As a result, more than 38% of Gaza's population lives in poverty and 50% is unemployed.

Bachelet warned that the coronavirus epidemic has worsened the situation in the region.

Since 2007, the Gaza Strip has been under a crippling Israeli and Egyptian blockade that has gutted its economy and deprived its inhabitants of many vital commodities, including food, fuel and medicine. In the long-embargoed enclave, the humanitarian situation has grown worse by the day.

Israel has used collective punishment against Palestinians since the illegal occupation began in 1967 through home demolitions and psychological and economic warfare. Israel and Egypt have maintained a blockade of the Gaza Strip since Hamas took power in an armed coup in 2007. Israel has fought three wars with Hamas in the Gaza Strip in the years since. The two sides have largely upheld an informal truce, and fighting had ceased almost entirely since the beginning of the coronavirus pandemic.