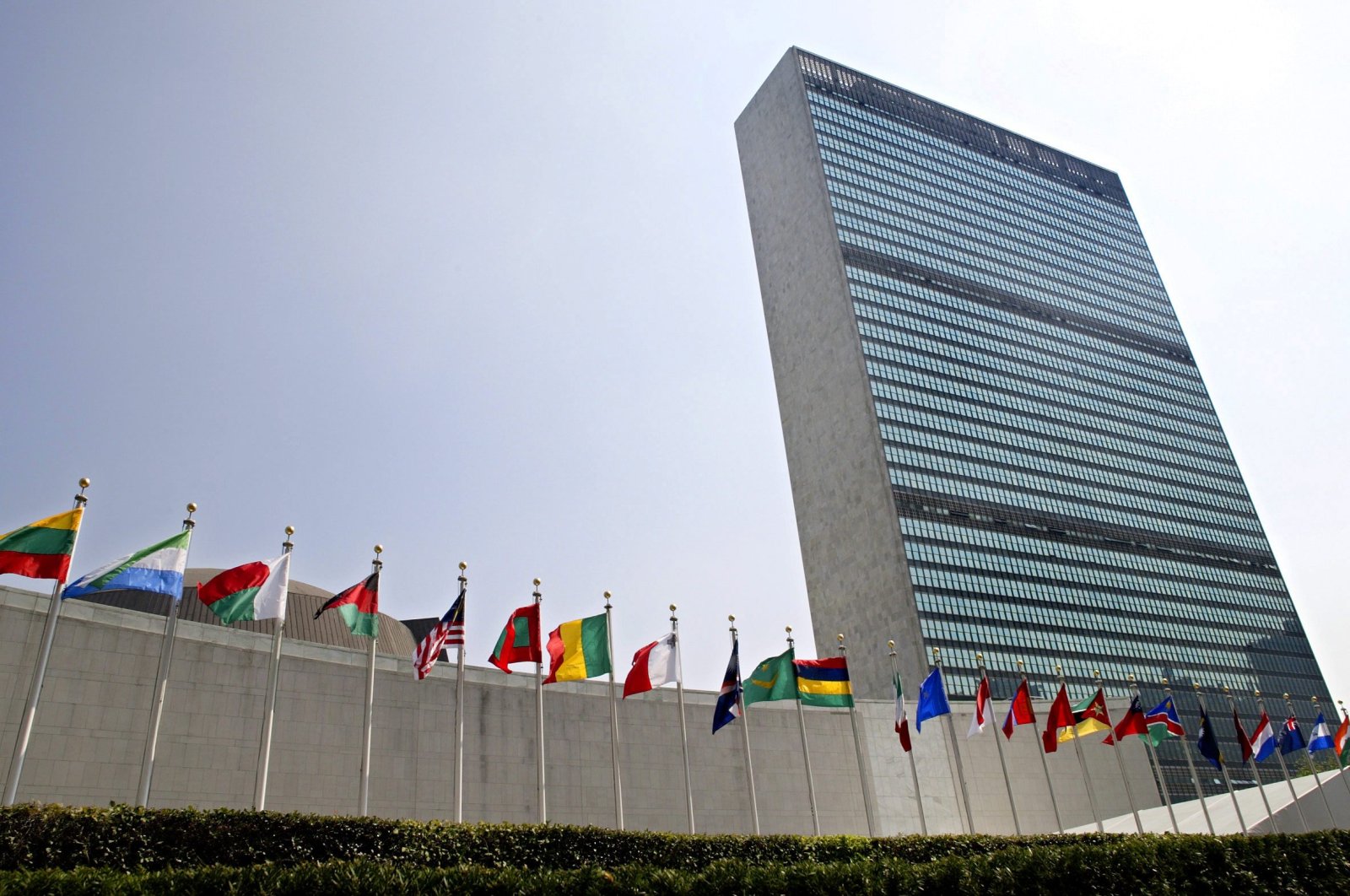 The flags of member nations fly outside the General Assembly building at the United Nations headquarters in New York, Sept. 13, 2005 (AP Photo)
by French Press Agency - AFP Apr 09, 2020 10:10 am
RECOMMENDED

After weeks of disagreement – especially between the United States and China – the U.N. Security Council will meet Thursday to discuss the coronavirus pandemic for the first time.

Led by Germany, nine of the council's 10 non-permanent members requested the closed-door meeting – a video conference to maintain social distancing – last week, fed up with the body's inaction over the unprecedented global crisis.

Talks are moving in the right direction, diplomats said, and Washington is no longer insisting U.N. language refer to the virus as coming from China, which had infuriated Beijing.

Secretary-General Antonio Guterres is expected to focus on efforts to fight the pandemic, peacekeeping missions and fostering unity between the non-permanent members and the five permanent ones.

There are two competing texts up for debate.

One, spearheaded by Tunisia on behalf of the 10 non-permanent members and obtained by AFP, calls for "an urgent, coordinated and united international action to curb the impact of COVID-19" and urges an immediate global cease-fire on humanitarian grounds.

That draft resolution has been in development since March 30, though a vote on it is not yet scheduled.

The second text, proposed by France, focuses on Guterres's call last month to cease all hostilities around the world as part of a "humanitarian pause" to fight the pandemic.

That one has so far only had input from the permanent members, which diplomats from non-permanent countries told AFP has been "very frustrating."

Efforts to convene a meeting have been stymied by the hospitalization of British Prime Minister Boris Johnson and Chinese reticence to participate without first setting a clear agenda.

Richard Gowen, a specialist at the International Crisis Group, told AFP: "It is important to recognize that the main driving force behind the cooperation of the 10 non-permanent members is the bad behavior of the five permanent members."

Several of these non-permanent workers "waged a fierce campaign to win their seat" on the council and "are dumbfounded by the bickering between China and the United States" that prevent the body from "agreeing on the great crisis of our time."

A Western ambassador, speaking anonymously, said the two blocs needed each other.

In the Security Council, at least nine votes out of 15 are necessary to adopt a resolution, without a veto of one of the five permanent members.