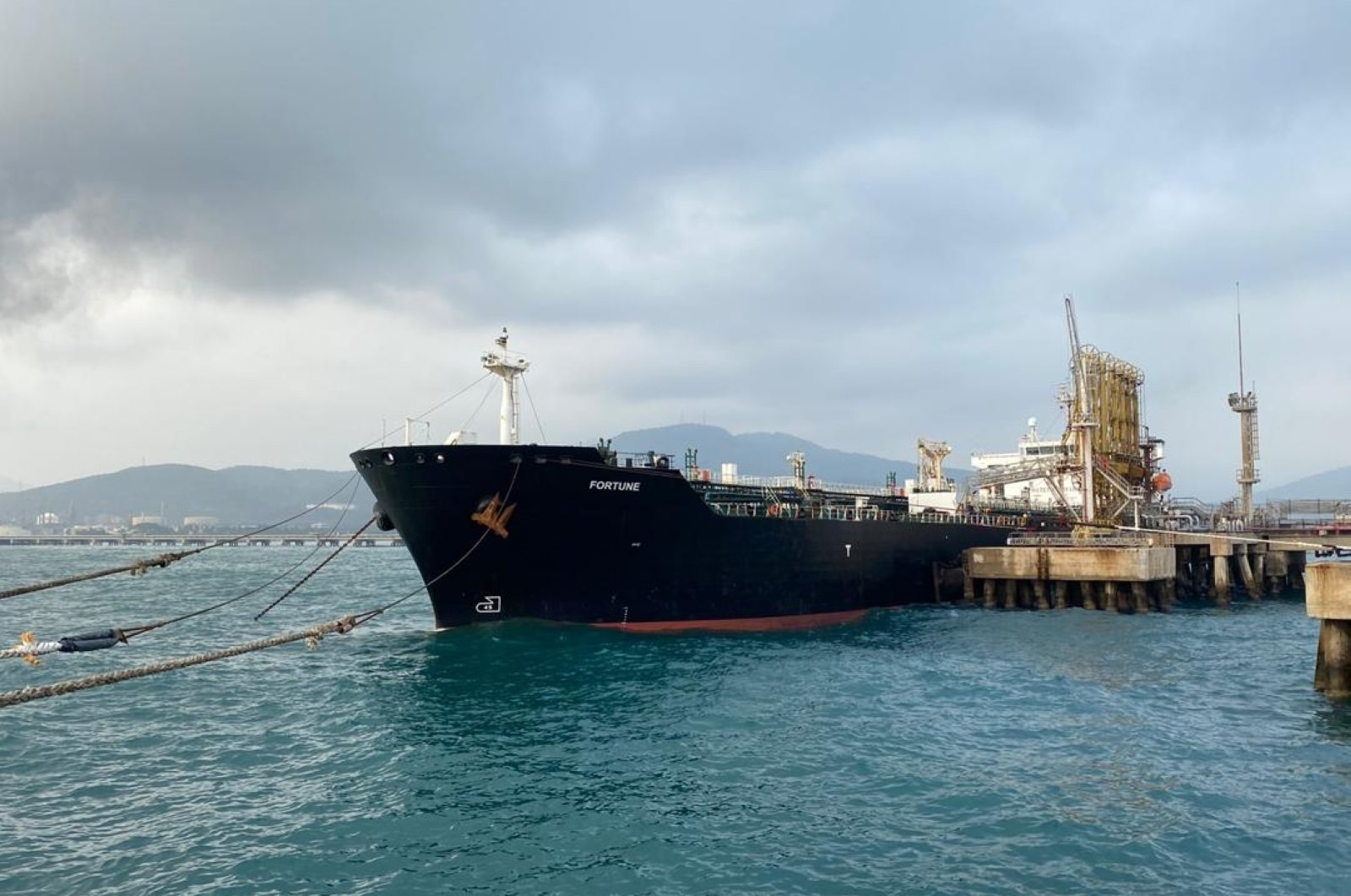 The U.S. Justice Department on Friday confirmed it had seized fuel cargo aboard four tankers sent by Iran to Venezuela, tying the shipments to Tehran's Revolutionary Guards.

"With the assistance of foreign partners, this seized property is now in U.S. custody," the Justice Department said, putting the total at more than one million barrels of petroleum and calling it the largest-ever seizure of fuel shipments from Iran.

The Justice Department said the seizure of Iranian fuel was the largest ever recorded. The oil is now in US custody.

The department had issued a warrant last month to seize the cargo of the tankers Bella, Bering, Pandi and Luna.

Iran's economy, traditionally dependent on oil exports, has suffered in recent years with the US reinstating crippling economic sanctions it agreed to lift as part of a 2015 nuclear agreement with world powers.

U.S. Secretary of State Mike Pompeo called for the world to unite around a long-shot American bid to indefinitely extend a United Nations arms embargo on Iran Friday.

As members of the U.N. Security Council voted remotely on a U.S. resolution to prolong the embargo that is widely expected to fail, Pompeo said it was "nuts” to allow Iran to buy and sell weapons at will. Pompeo spoke well before an announcement of the results of the vote, which many diplomats believe will end in an embarrassing defeat for the Trump administration.

"We ask nations to urge the U.N. Security Council to renew the arms embargo on Iran,” Pompeo said in Vienna, where he met with the U.N. nuclear watchdog's head, Rafael Grossi, and with senior Austrian officials. "We can’t allow the world’s biggest state sponsor of terrorism to buy and sell weapons. I mean, that’s just nuts.”

The anticipated defeat of the resolution in New York likely would set the stage for a showdown between world powers over whether all international sanctions lifted under the 2015 Iran nuclear deal can or should be reimposed.

"We’re urging the whole world to join us. This isn’t about the JCPOA,” Pompeo said, using the acronym for the nuclear deal known as the Joint Comprehensive Plan of Action.

Meanwhile, Russian President Vladimir Putin on proposed holding a seven-way online summit of the five permanent members of the U.N. Security Council together with Germany and Iran, to outline steps aimed at avoiding a confrontation over the Iran arms embargo.

In a Kremlin statement, Putin said discussions were becoming increasingly tense over the Iranian issue at the Security Council, which began voting on Thursday on a U.S. proposal to extend an arms embargo on Iran, which is opposed by veto-wielding Russia and China.

"The situation is escalating. Unfounded accusations against Iran are being put forward," said Putin, adding that Russia remained fully committed to the Iran nuclear deal.

Russia suggested an online video conference to avoid aggravating the situation at the U.N. Security Council.

Putin described the matter as urgent and urged the other nations to carefully consider Russia's offer, saying the alternative was a further escalation of tensions and a growing risk of conflict.

The U.S. resolution to indefinitely extend the Iran arms embargo, which is due to expire in October under the terms of the nuclear deal that President Donald Trump withdrew from in 2018, is widely expected to fail due to European resistance and strong opposition from veto-wielding council members Russia and China.

The council began voting by email on Thursday evening with the results expected to be announced Friday evening. It is likely the resolution will not get the minimum nine "yes” votes in the 15-member Security Council as Russia and China may use their vetoes.