US sends 2nd batch of 150 ventilators to Russia 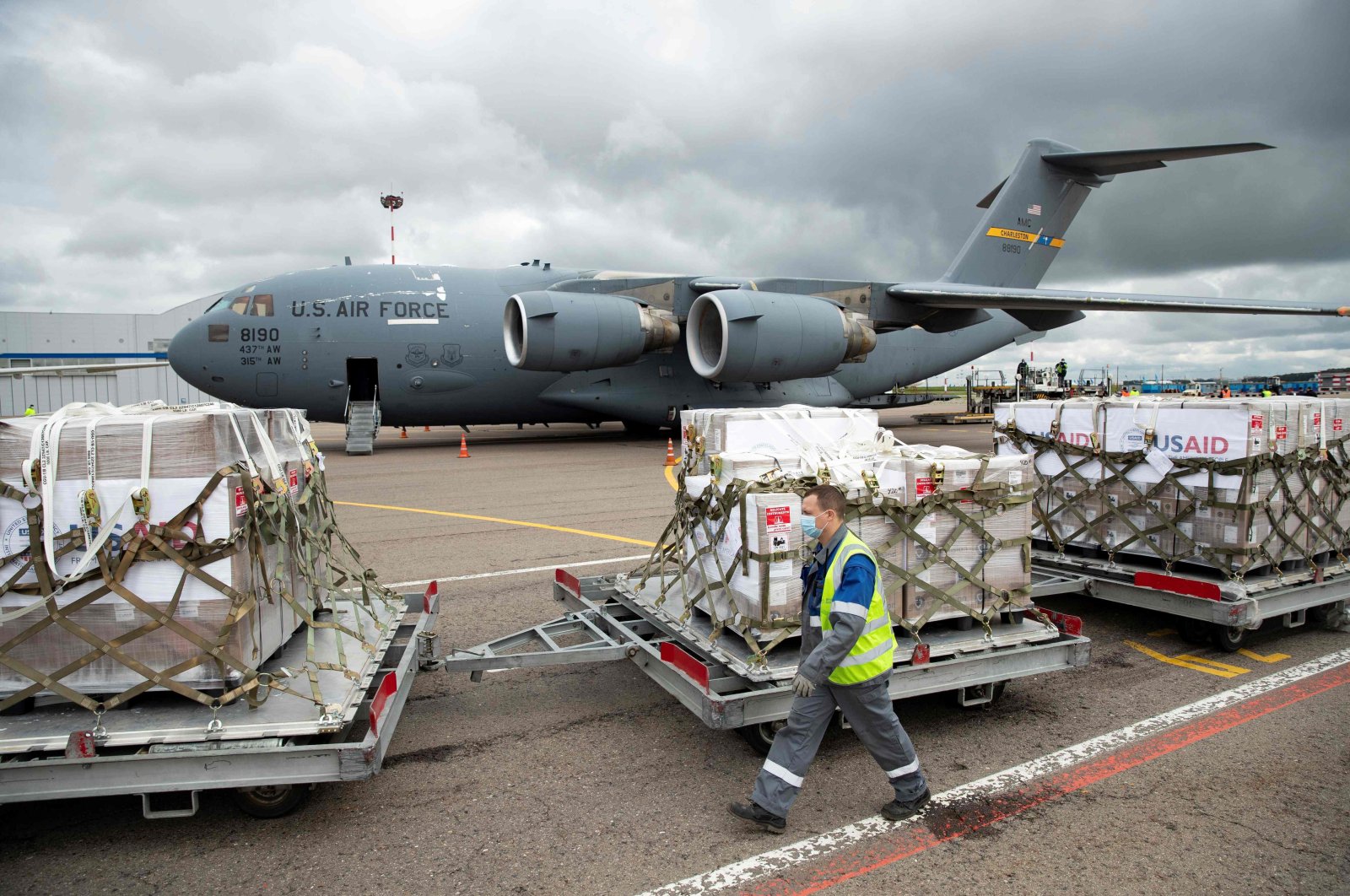 An airport staff member walks past a batch of medical aid donated by the United States, including ventilators, after the landing of a shipment at Vnukovo International Airport outside Moscow, June 4, 2020. (AFP Photo)
by Compiled from Wire Services Jun 04, 2020 1:08 pm
RECOMMENDED

A United States military plane carrying 150 donated ventilators to help coronavirus patients landed in Moscow on Thursday in the second such delivery to Russia, the U.S. Embassy said.

The plane brought the number of U.S.-manufactured ventilators sent by the U.S. to Russia to 200 after the first delivery arrived three weeks ago.

U.S. Ambassador John Sullivan was at Vnukovo airport to meet the plane along with a representative of the Moscow hospital that will distribute the ventilators.

The aid supplies, worth $5.6 million, are a "donation to the Russian people," embassy spokeswoman Rebecca Ross tweeted, saying the ventilators are "the highest quality in the world."

The move follows an embarrassing debacle over a shipment by Moscow of Russian ventilators along with other medical equipment to New York on April 1.

The ventilators were never used and are unlikely to be after the same model was implicated in two fires in Russian hospitals.

According to Tass news agency, the U.S. Agency for International Development (USAID) sent 50 ventilators to Russia under an agreement between Washington and Moscow earlier this month.

It said that LTV 2200 ventilators are used in hospitals across the U.S. to "treat patients who require mechanical ventilation due to complications from COVID-19."

The representative of Vyaire, the company that provides ventilators to 18 countries through USAID and a related program, said it continues "to ramp up production capabilities in order to meet this unprecedented demand for ventilators and other breathing equipment."

Russia has the third-largest number of confirmed coronavirus cases after the U.S. and Brazil at 441,108, while it has reported 5,384 deaths.

Russia says its low proportion of deaths is due to mass testing and classing cause of death on the basis of the autopsy, while critics accuse it of underreporting virus deaths.