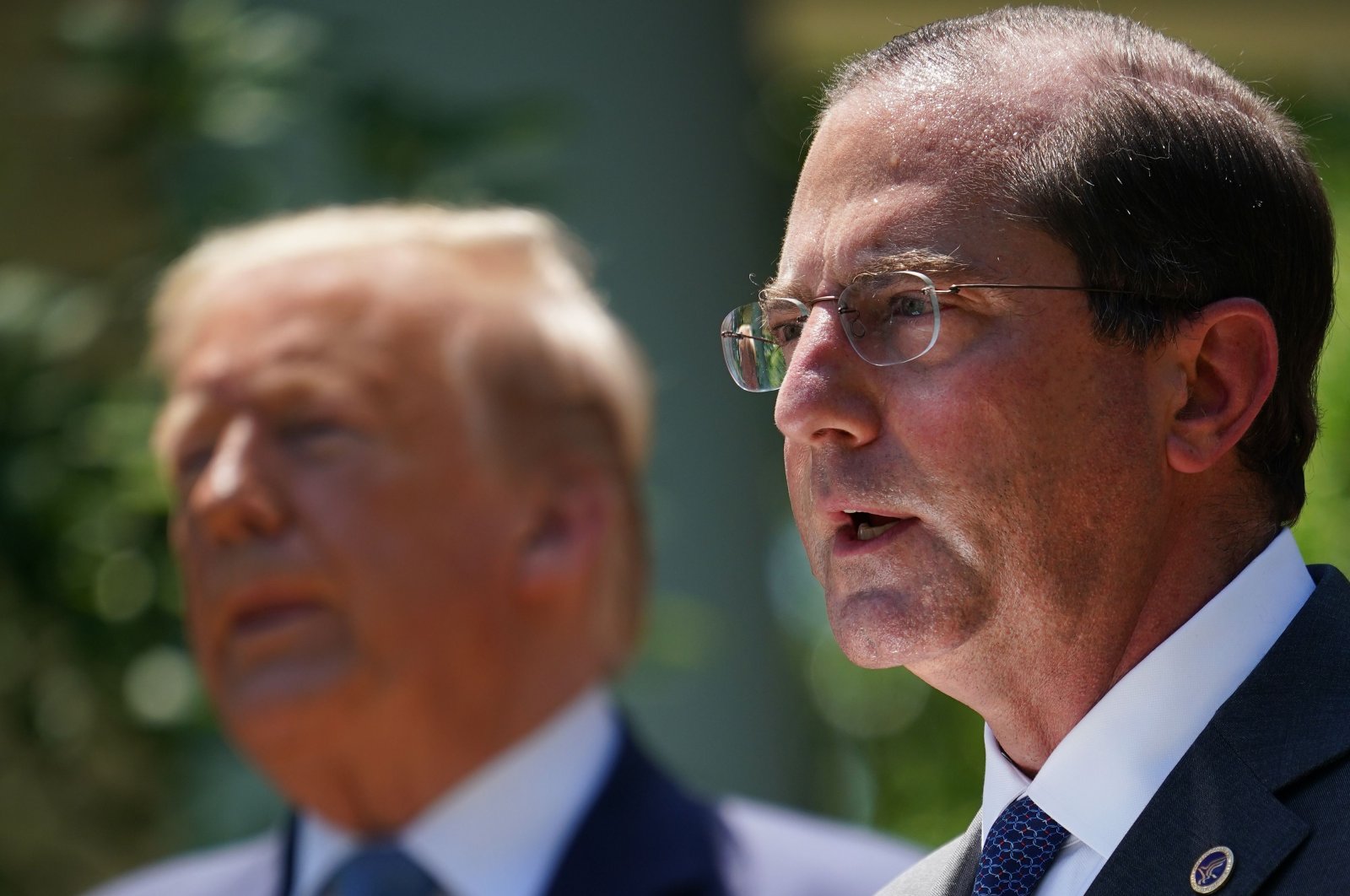 U.S. Health and Human Services (HHS) Secretary Alex Azar is scheduled to visit Taiwan in the coming days in the highest-level visit by an American Cabinet official since the break in formal diplomatic relations between Washington and Taipei in 1979.

The visit, and especially a planned meeting with Taiwan’s president, will likely create new frictions between the United States and China, which claims Taiwan as its own territory to be annexed by force if necessary. Taiwan is a key irritant in the troubled relationship between the world’s two largest economies, who are also at odds over trade, technology, the South China Sea and China’s response to the coronavirus pandemic.

The U.S. maintains only unofficial ties with Taiwan in deference to Beijing but is the island’s most important ally and provider of defense equipment.

The American Institute in Taiwan, which operates as Washington’s de facto embassy on the island, said Wednesday that Azar’s “historic visit will strengthen the U.S.-Taiwan partnership and enhance U.S-Taiwan cooperation to combat the global COVID-19 pandemic.”

In a tweet, Taiwan’s Ministry of Foreign Affairs said, “We look forward to welcoming” Azar and his delegation. “This is the highest-level visit by a U.S. Cabinet official since 1979! Taiwan and the U.S. are like minded partners cooperating closely in combating coronavirus and promoting freedom democracy & human rights worldwide," it said.

The ministry said Azar would meet with Taiwan’s independence-minded President Tsai Ing-wen, with whose government Beijing cut off virtually all contacts four years ago, along with Foreign Minister Joseph Wu and top health officials.

AIT said Azar in his meetings would be discussing COVID-19, global health and Taiwan’s role as a supplier of medical equipment and technology.

The visit is believed to be scheduled for next week, although AIT said details on the timing and agenda would be announced later.

Azar would be the first HHS secretary to visit Taiwan and the first Cabinet member to visit in six years, the last being then-Environmental Protection Agency (EPA) Administrator Gina McCarthy. His Cabinet ranking is higher than previous U.S. visitors.

“Taiwan has been a model of transparency and cooperation in global health during the COVID-19 pandemic and long before it,” Azar said in the AIT statement. “This trip represents an opportunity to strengthen our economic and public health cooperation with Taiwan, especially as the United States and other countries work to strengthen and diversify our sources for crucial medical products.”

Azar’s visit was facilitated by the 2018 passage of the Taiwan Travel Act that encouraged sending higher-level officials to Taiwan after decades during which such contacts were rare and freighted with safeguards to avoid roiling ties with Beijing.

In 2014, then-EPA administrator McCarthy visited Taiwan, sparking a protest from China’s foreign ministry, which accused the U.S. of betraying commitments made to it about maintaining only unofficial links with Taipei.

China objects to all official contact between Taiwan and the U.S. But its increasing diplomatic pressure, including poaching Taiwan’s few remaining diplomatic allies and excluding it from international gatherings including the World Health Assembly, have fostered already considerable bipartisan sympathy for Taipei in Washington and prompted new measures to strengthen governmental and military ties.

China denounced the trip, saying it opposed any official interactions between the U.S. and Taiwan and had lodged "stern representations" with Washington.

"Taiwan is the most important and sensitive issue in Sino-U.S. relations," Foreign Ministry spokesman Wang Wenbin said in Beijing.

Taiwan’s strong performance in handling its COVID-19 outbreak has also won it plaudits while highlighting its exclusion from the World Health Organization (WHO) and other U.N. bodies.

“In contrast to authoritarian systems, U.S. and Taiwan societies and economies are uniquely equipped to drive global progress in areas such as medicine and science to help the world tackle emerging threats,” AIT said. “The COVID-19 pandemic is the most recent example of joint U.S.-Taiwan efforts to confront global challenges for the good of the world.”