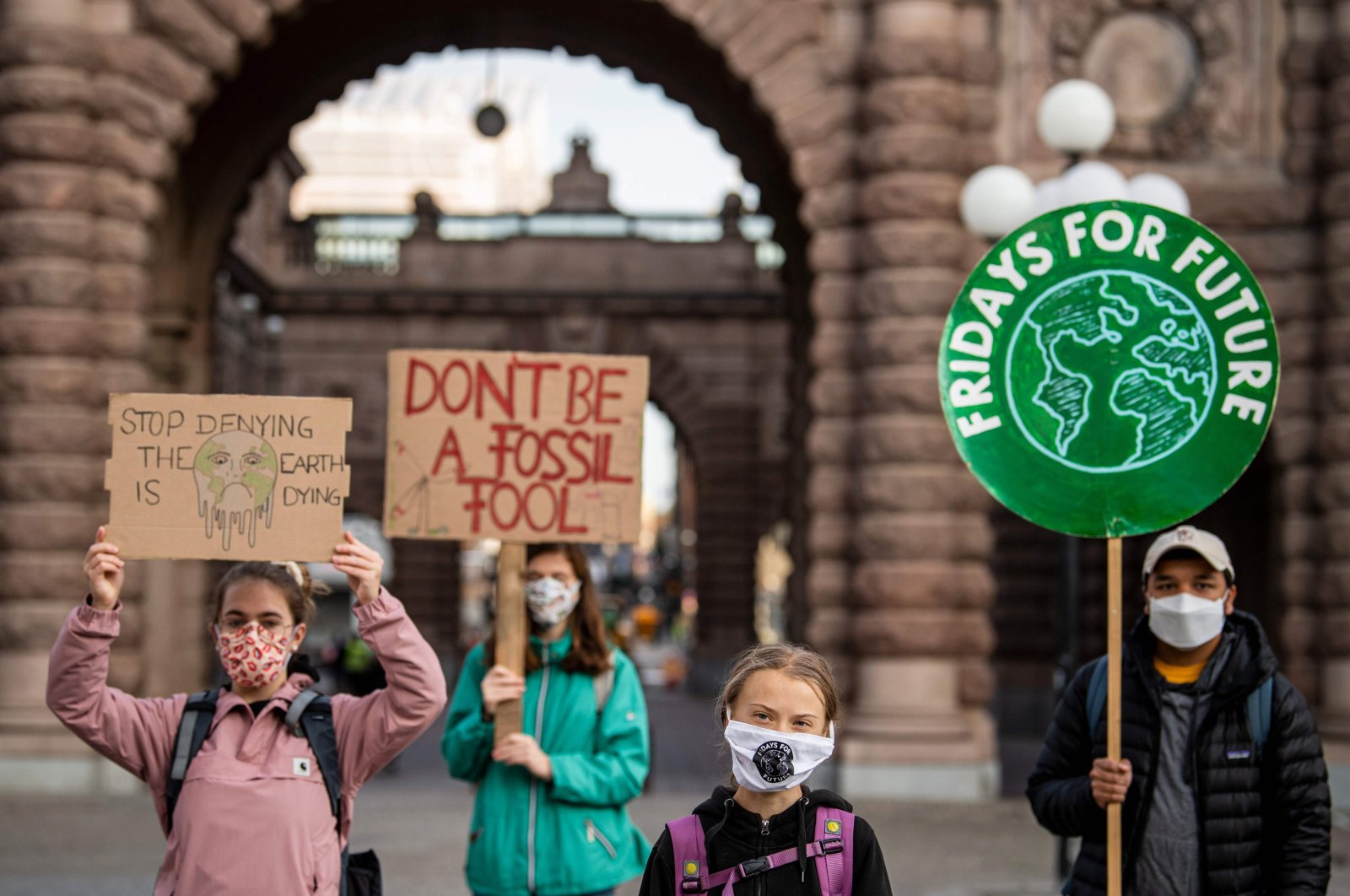 United under Swedish activist Greta Thunberg, young people rallied across the world on Friday to demand urgent action to halt catastrophic climate change, in their first global action during the coronavirus pandemic. With wild weather wreaking havoc across the world, from fires ravaging the U.S. West to abnormal heat waves in the Siberian Arctic and record floods in China, organizers said the protests would remind politicians that while the world was focused on COVID-19, the climate crisis has not gone away.

Demonstrations were planned in more than 3,100 locations, with Australia, Japan and Fiji among the first to kick off, though with pandemic-related curbs limiting the size of gatherings, much of the action shifted online.

In Stockholm, Thunberg and a handful of members of her group, Fridays for Future, assembled outside parliament. She said in a tweet on Thursday that the strikers will "be back next week, next month and next year. For as long as it takes."

Thunberg started her solo protests outside Sweden’s parliament in Stockholm on Aug. 20, 2018. Students around the world soon began following her lead, staging regular large protests, and she was invited to speak to political and business leaders at U.N. conferences and the annual World Economic Forum in Davos. Thunberg’s blunt words to presidents and prime ministers, peppered with scientific facts about the need to urgently cut greenhouse gas emissions, have won her praise and awards, but also the occasional criticism and even death threats. They demand that lawmakers stick to the 2015 landmark Paris climate deal that asks both rich and poor countries to take action to curb the rise in global temperatures that is melting glaciers, raising sea levels and shifting rainfall patterns. It requires governments to present national plans to reduce emissions to limit the global temperature rise to well below 2 degrees Celsius (3.6 degrees Fahrenheit).

Mitzi Jonelle Tan, a 22-year-old Fridays for Future activist in the Philippines, said her government was failing to protect people from both the climate and COVID-19 crises. "With the COVID-19 crisis, we've really been forced to see how disproportionate the impacts of any crisis is," she said. "They are still prioritizing the rich over the poor. They are still not listening to the science."

In Australia, thousands of students took part in about 500 small gatherings and online protests to demand investment in renewable energy and oppose funding for gas projects. Organizers were asking people to post pictures on social media and join a 24-hour global Zoom call, while those taking to the streets were to follow local guidelines on the size of gatherings and social distancing.

The demonstrations come a year after two mammoth global strikes saw more than 6 million people pour into the streets, in what organizers said was the biggest climate mobilization in history. Friday's demonstrations focused on solidarity with "most affected people and regions" – communities that have contributed little to the world's greenhouse gas emissions, but who are on the frontlines of devastating climate threats like floods, rising seas and locust invasions.