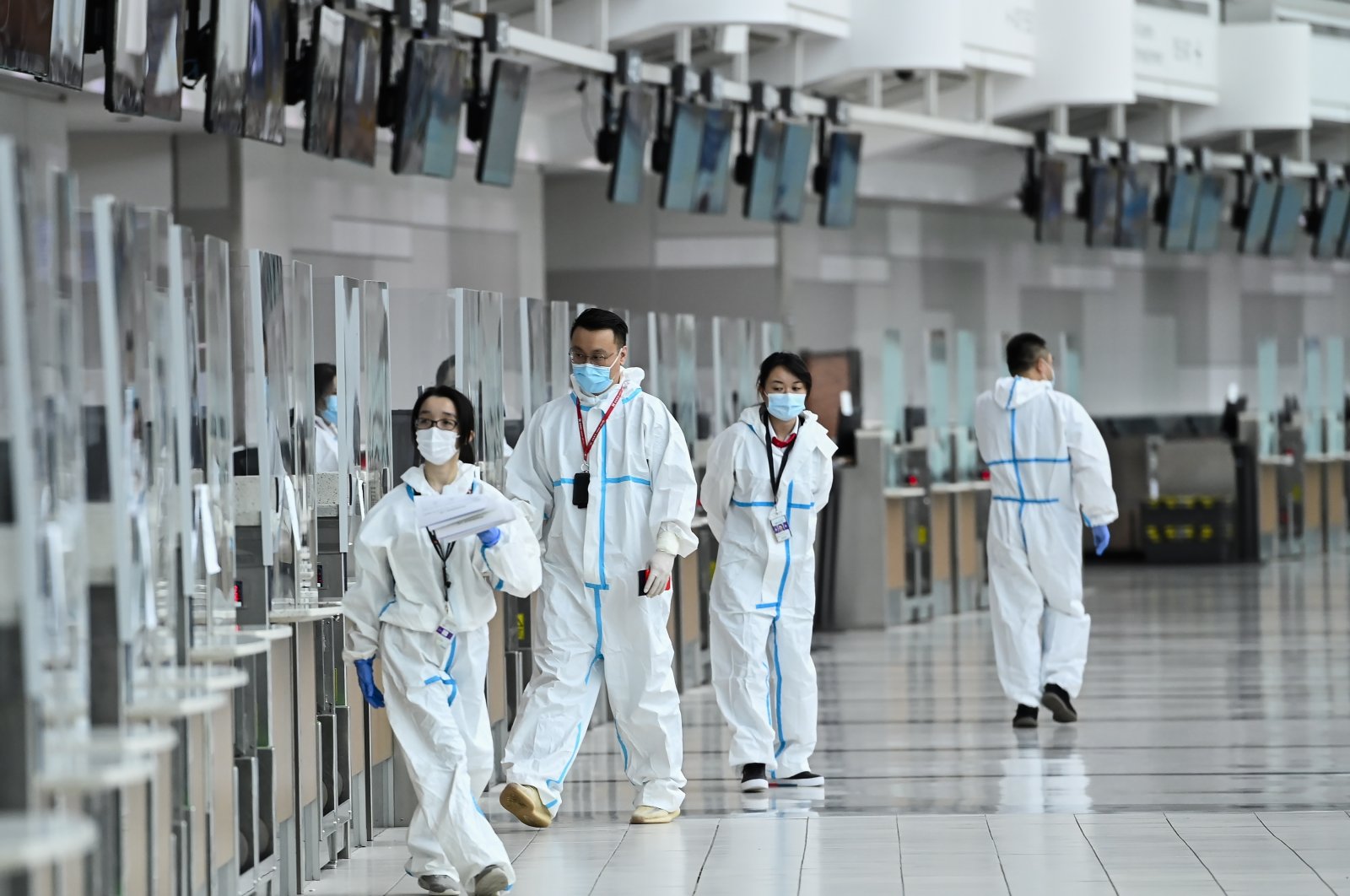 Coronavirus infections are surging at a record pace worldwide with over 330,000 confirmed cases in a day, as fear grows over how to battle the second wave amid global public fatigue

Coronavirus cases around the world have climbed to all-time highs of more than 330,000 per day with the United States surpassing 64,000 new coronavirus infections for the first time since late July.

The pandemic is showing no signs of slowing down with nearly 39 million infections detected worldwide and over 1 million deaths, leaving nations scrambling to contain new outbreaks. The scourge has come storming back across Europe and spread with renewed speed in the U.S., forcing many places to reimpose tough restrictions eased just months ago.

As winter approaches, fears of a deadlier wave of the coronavirus have spiked in the U.S., where more than 217,000 have died so far, making up 1 in 5 global deaths. Health experts have long warned that colder temperatures driving people inside could promote the spread of the virus.

In the U.S., new cases per day are on the rise in 44 states, with many of the biggest surges in the Midwest and Great Plains, where resistance to masks and other precautions has been running high, and the virus has often been seen as just a big-city problem. New cases in the country have risen over the past two weeks from about 40,000 per day on average to more than 52,000, according to Johns Hopkins University. Deaths were relatively stable over the past two weeks, at around 720 a day. That is well below the U.S. peak of over 2,200 deaths per day in late April.

Dr. Anthony Fauci, the U.S. government’s top infectious disease expert, said Americans should think hard about whether to hold Thanksgiving gatherings. “Everyone has this traditional, emotional, warm feeling about the holidays and bringing a group of people, friends and family, together in the house indoors,” he said on ABC’s “Good Morning America.” “We really have to be careful this time that each individual family evaluates the risk-benefit of doing that.”

Europe set a record this week for new coronavirus infections, overtaking the U.S. in cases per capita, and a top World Health Organization (WHO) official warned Thursday that death rates on the continent this winter could be five times worse than the April peak if people are not strict about masks and social distancing.

Well after Europe seemed to have largely tamed the virus that proved so lethal last spring, newly confirmed infections are reaching unprecedented levels in Germany, the Czech Republic, Italy and Poland. Most of the rest of the continent is seeing similar danger signs.

Europe is at a “turning point” in the fight against the coronavirus, the head of Switzerland’s biggest hospital complex said, acknowledging growing public fatigue over anti-COVID measures but insisting people must buckle down, as Switzerland grapples with record daily case counts.

Germany on Friday reported 7,334 new coronavirus infections, the highest one-day count since the start of the outbreak. According to the figures released by the Robert Koch Institute, the country set a new record in daily cases for the second time within one week. On Thursday, the institute reported 6,638 new coronavirus infections, a record broken by Friday's figure.

In France, which reported over 22,000 new infections Wednesday, President Emmanuel Macron put 18 million residents in nine regions, including Paris, under a curfew starting Saturday. The country will deploy 12,000 police officers to enforce it.

Italy set a one-day record for infections and recorded the highest daily death toll of this second wave, adding 83 victims to bring its count to nearly 36,400, the second-highest in Europe after Britain.

In Britain, London and seven other areas face restrictions that will mean more than 11 million people will be barred from meeting with anyone indoors from outside their households and will be asked to minimize travel starting this weekend.