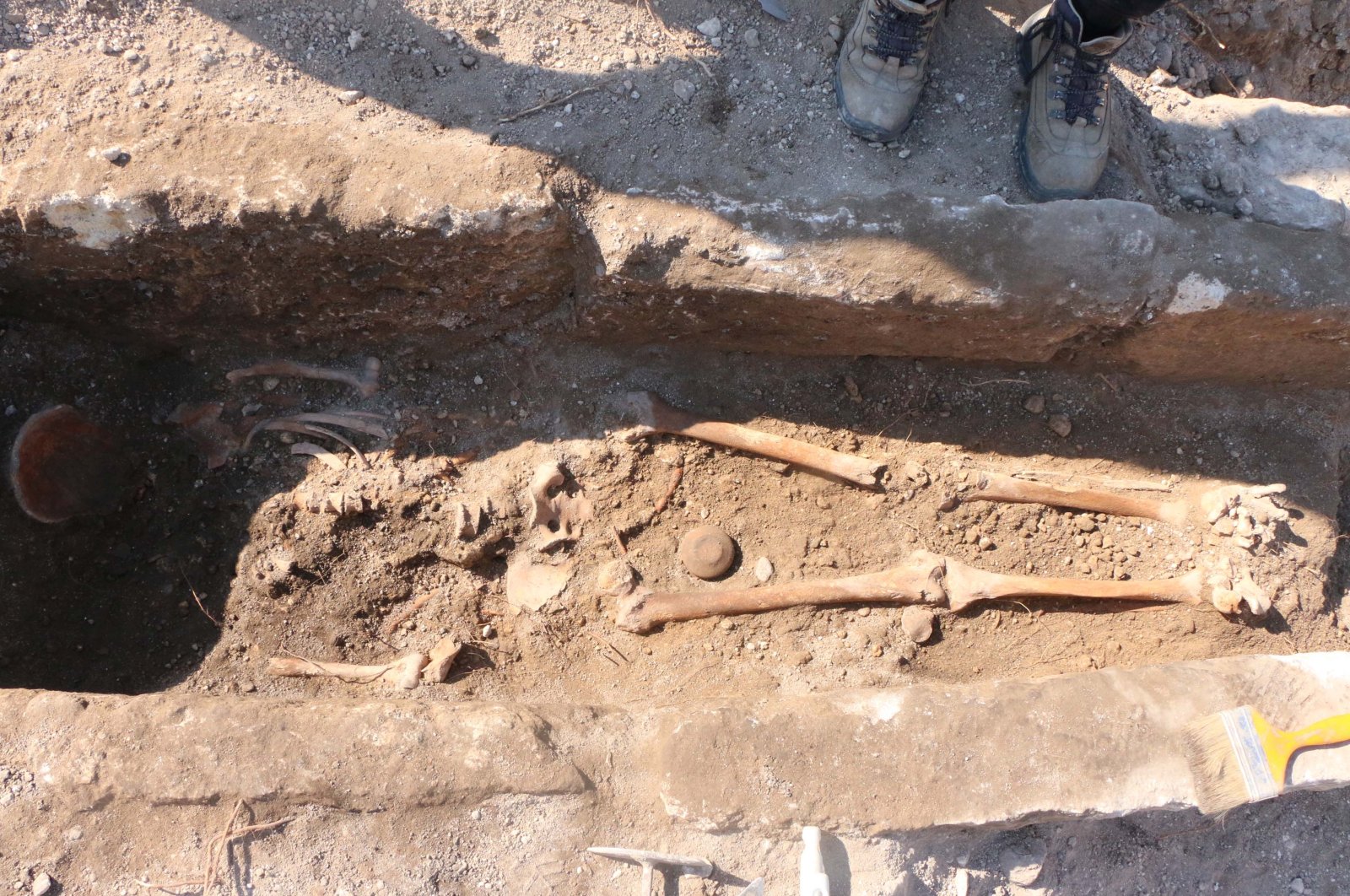 A human skeleton thought to date back 1000 years was found during the excavations of the ancient city of Perre, located in the southeastern Adıyaman province.

Excavations are ongoing on the ancient city of Perre, located in the Örenli neighborhood, one of the five largest cities of the Kingdom of Commagene. In the excavations carried out in the center of the ancient city of Perre, a grave surrounded by stones belonging to the Byzantine period was discovered. Near the grave housing the skeleton of a man, pottery was also found.

Adıyaman Museum Director Mehmet Alkan, who examined the excavations, stated: “We found an interesting burial structure here. This burial structure was surrounded by stones and a male skeleton was lying on his back inside it. Besides, pottery was also found near the grave. In our investigations, we determined that the skeleton belongs to a thousand years ago, that is, the Byzantine period.”

Perre was a city holding religious and geopolitical importance in the ancient period. The beauty of the city’s water is mentioned in ancient Roman sources, and the Roman fountain, where this water flows, is still in use. The city was used as a resting place by caravans, travelers and armies.

The ancient city lost its importance after the Byzantine Period and never regained its former glory. The rock tombs, the main attractions of Perre, were carved into the rocks and have a wonderful appearance. Also, the large mosaics found in the city bear fascinating heart motifs, three-dimensional globe figures and octagonal geometric modules that arouse interest.