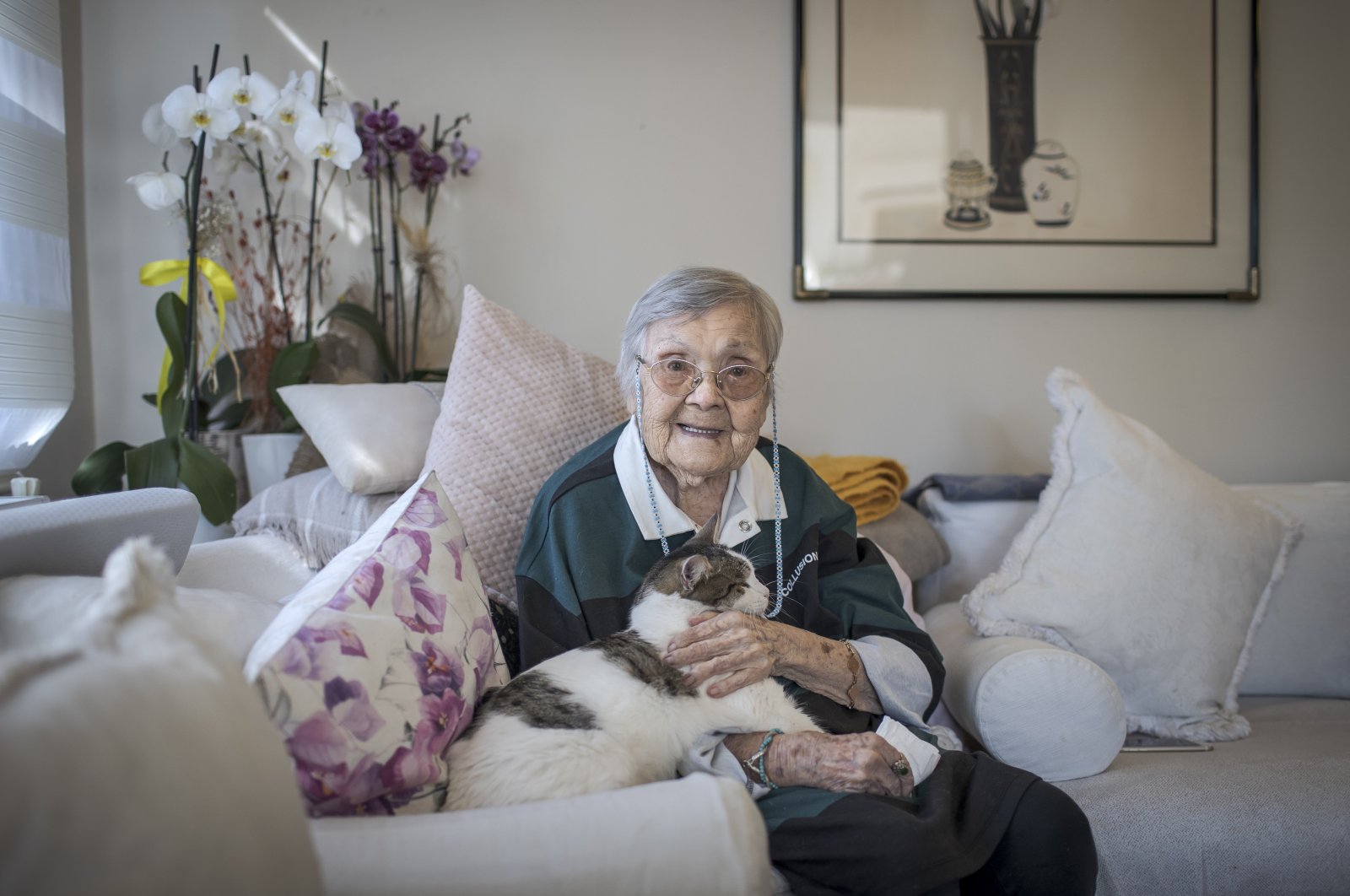 Muazzez Ilmiye Çığ is a 108-year-old Turkish archaeologist who specializes in the study of the Sumerian civilization. Speaking to Anadolu Agency (AA) in an exclusive interview, Çığ, who made significant contributions to scientific studies in Sumerology with her world-famous work, said that working at museums instead of following a career in the academic world turned her life around. She said that the work she did in museums is what led her to her specialty.

Çığ was born in northwestern Bursa province in 1914 to Crimean Tatar parents, both of whose families had immigrated to Turkey. Completing her primary studies in northern Çorum province, Çığ graduated from a training facility for elementary school teachers at the age of 17. Educating children for nearly five years in Eskişehir, she later enrolled at the Department of Hittitology-Sumerology of Ankara University's Faculty of Language, History and Geography in 1936. Noting that she is extremely happy to have chosen Sumerology in her studies, Çığ said: "After I graduated from the department, our German professor wanted me to stay at the university. I didn't want to because I was engaged at the time. I thought ‘what if my fiance can't stay at the university so I can become an academician?' Afterward, they assigned me to the Istanbul Archaeological Museums."

Çığ thinks that her assignment to the museum was a big turning point in her life: "That was the greatest time of my life. The work I did there brought me to today. Those were tremendous times. We wrote many articles and found an opportunity to work together with foreigners." According to the Sumerologist, she and her coworkers wrote eight books for those who studied Sumerian science during their time at the Istanbul Archaeological Museums.

Çığ cannot sustain her studies in Sumerology anymore, but she said that she follows the books released in this field. According to her, there are not many people working on Sumerology either at home or abroad. "Although the whole culture of humanity started from Sumer, there are not enough people researching this civilization. The West found the mother of all its culture in the Greeks. Today, it turns out that the mother of all cultures are the Sumerians. For this reason, we need to know more about them."

Although she is famously recognized in the field of Sumerology, Çığ does not feel there is anything special about her. "I am only happy when I see that my books are being read and shown interest," she said. She further mentioned that the secret to success is to work without thinking. "Youngsters should work without thinking things like ‘What will happen now? What am I going to do with it?' I worked hard, really hard throughout my career."

Çığ also added that women made great progress all around the world over the years, and there are women who are extremely successful in science, technology, art and all fields and who receive awards today. She also said it took 80 years for Turkish women to make the progress Europe made in the Renaissance in 400 years, praising the efforts of the country and its women.

When asked about Mustafa Kemal Atatürk, the founder of the Turkish republic, Çığ said that Atatürk had wanted to teach society about its language, history and culture. "This was why he founded the Ankara University Faculty of Language, History and Geography. The faculty was only to train staff and people to teach the Turkish language, history and culture. How would these children learn who the Turks were? They would learn about all the nations that the Turks had relations with from their sources. Turks had relations mostly with the Chinese. They also had relations with Russians, Arabs, Greeks and Hungarians. All resources belonging to these nations and featuring information about Turks were added to the collection of the faculty. Thus, Atatürk made a very important contribution to Turkish culture," she explained.