2,300-year-old columns in Turkey’s Temple of Apollo to be restored 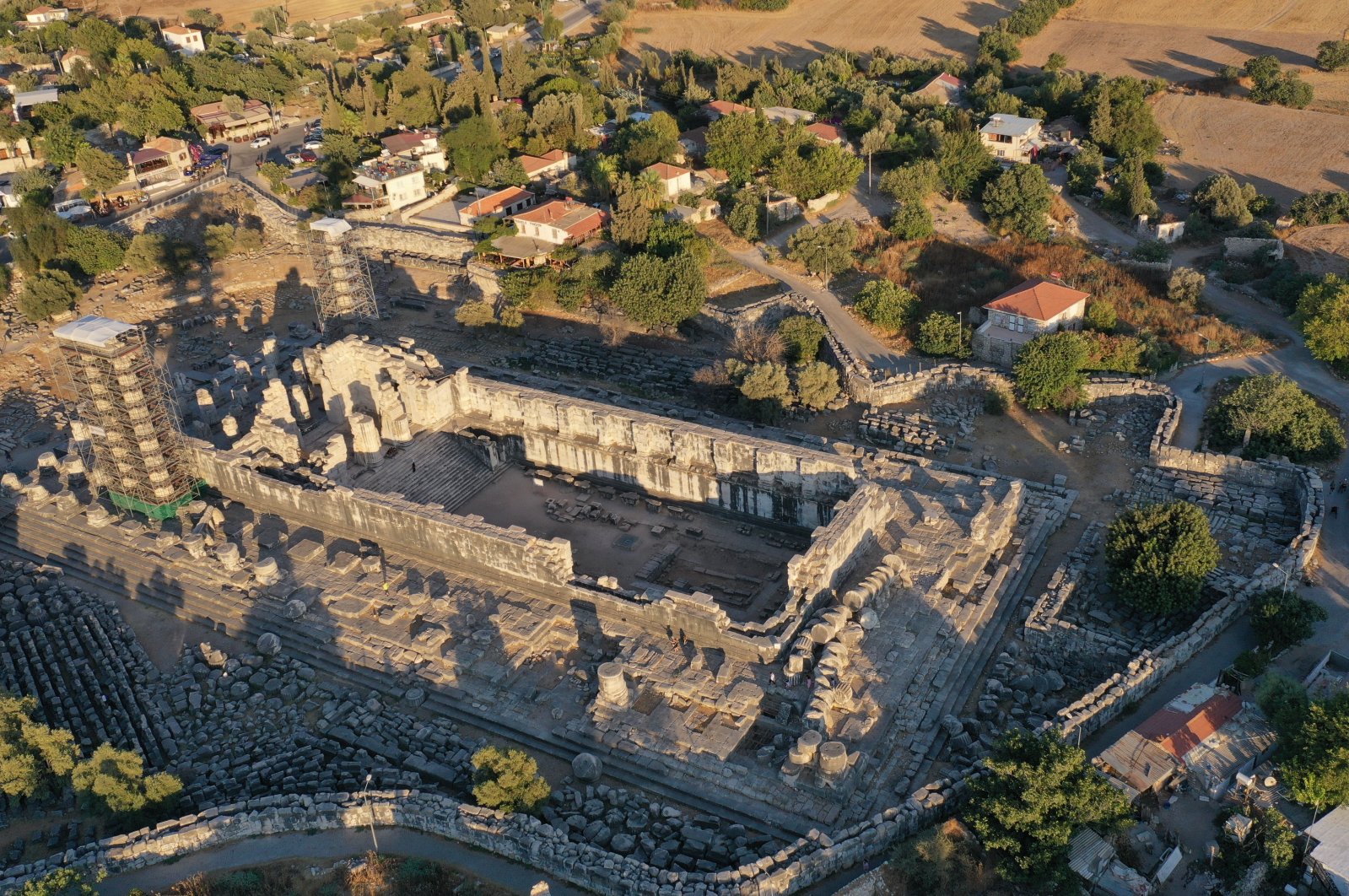 Restoration and repair works have been launched to strengthen three columns in the Temple of Apollo in the Didim district of southwestern Aydın province.

The Temple of Apollo, which is located in the Hisar neighborhood, is considered one of the best-preserved temples of antiquity. The temple was completely unearthed and partially reerected with the archaeological excavations carried out between 1906-1913.

Ceremonies were held in the Temple of Apollo in ancient times. Since this structure was extremely large, many famous names came to this temple due to various prophecies.

The temple features a figure of Medusa in the entrance garden. This figure features a slit in the middle of her face and has become one of the symbols of Didim. Medusa is known as one of the three siblings who were the female monsters of the underworld in Greek mythology. Of the siblings, Medusa is the only one who was considered mortal, and she had the ability to turn anyone who saw her face into stone. Therefore, this mythological figure was frequently used at important points, large structures and sacred areas in ancient times, such as the Temple of Apollo.

This magnificent temple, which consists of 124 columns in two rows, continues to exist today, with a significant part of it still standing. The latest excavation and restoration work on the structure has resumed after a one-year hiatus due to the coronavirus pandemic.

Professor Helga Bumke of Berlin Halle University, who has been the excavation director in the site for 12 years, stated that a two-month restoration effort has been scheduled in the temple this year.

Noting that they have been excavating and restoring different points in the temple in the past years, Bumke said, "However, the time for the standing columns has not come yet. In the drone photographs taken in recent years, slight cracks have been found at the heads of these columns. We will restore them to their former glory now. We want these columns to stand for another 2,300 years."

Provincial Director of Culture and Tourism Umut Tuncer stated that the Temple of Apollo, which welcomes approximately 100,000 visitors a year, is among the most important tourist destinations of Turkey.

Stating that visitors can continue to visit the temple while the restoration is being done, Tuncer added that the work on three columns, which are 20 meters (66 feet) in length, will be completed in about two months.