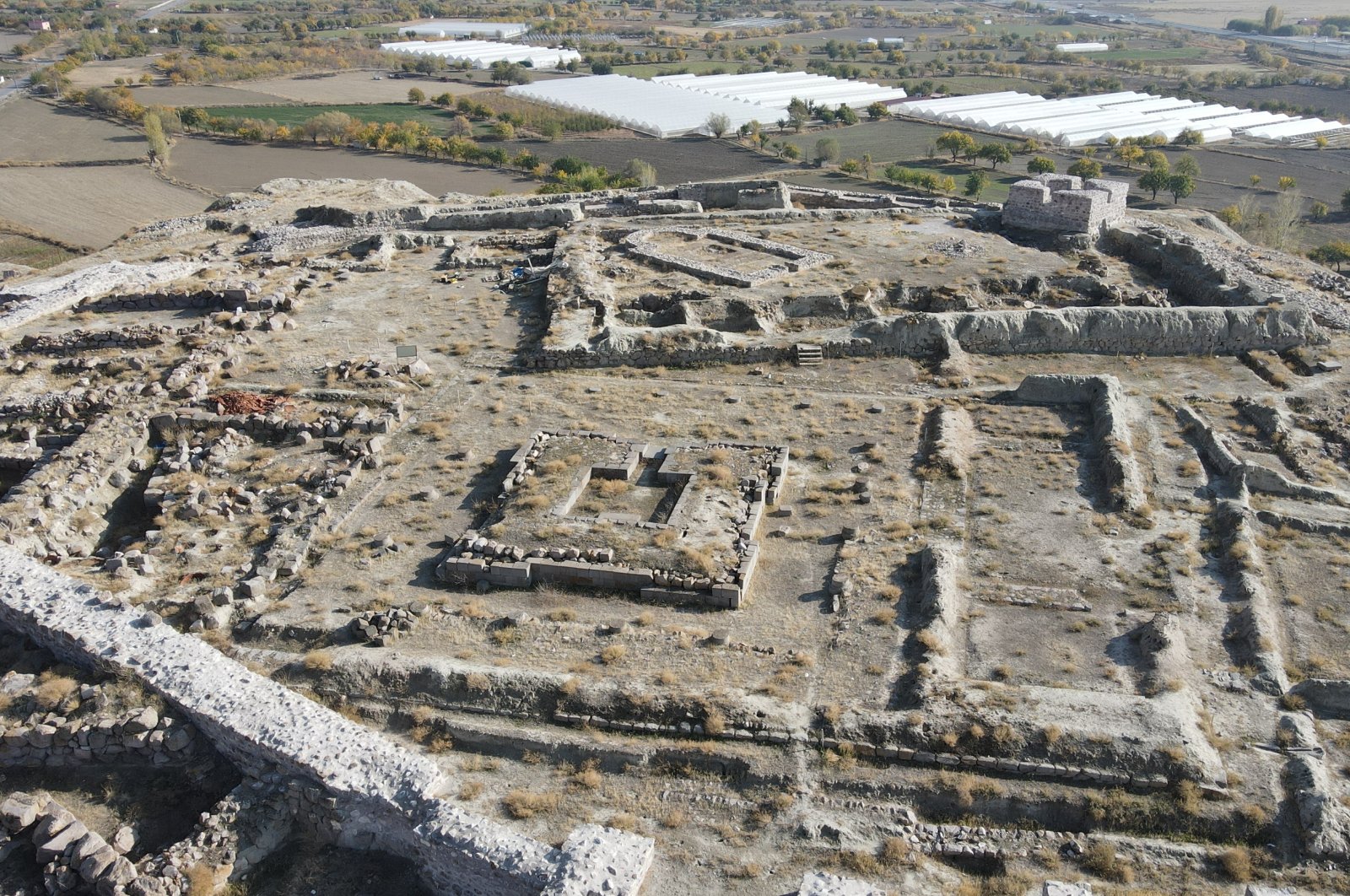 Tourists visiting eastern Turkey will now be able to stroll through the 2,900-year-old ruins of Altıntepe Fortress, which is one of the most important Urartu settlements in Anatolian lands. Located in Erzincan province on the historical Silk Road, the fortress is now set to serve as an archaeological park following the completion of excavation work.

Built during the period of the Urartu Kingdom and home to hundreds of historical artifacts and ruins of structures erected in 850-590 B.C., the fortress was also an important center for the Eastern Roman Empire, aka the Byzantine Empire. It is 15 kilometers (9.3 miles) away from the Erzincan city center and situated on a hill located northeast of the city at a height of almost 60 meters (196.85 feet). On the eastern side of the hill, on which the fortress is located, there is a three-nave church covered with mosaics. With its castle walls, reception hall, open-air temple, tombs and sewage system, Altıntepe Fortress is hosting excavations conducted by Atatürk University's Department of Archaeology. The dig in the area, carried out with the support of the Ministry of Culture and Tourism, started in 2003 and was completed in 2019.

Speaking about the excavations, Mehmet Karaosmanoğlu, head of the Archeology Department at Atatürk University, told Anadolu Agency (AA) that adobe buildings from the Urartian period were destroyed due to earthquakes in the region. Noting that the fortress was destroyed due to various other reasons besides earthquakes, he said: "The reception hall in the castle, belonging to the Urartian period, is the largest and only example of those found in Anatolia so far.”

Three tombs were found in the southern part of the site, he stated, adding that the sarcophagi they contained were the sole and most beautiful specimens from the Urartu Kingdom. Karaosmanoğlu's archaeological team also reerected an open-air temple near the sarcophagi.

Arda Heb, the provincial director of culture and tourism, stressed that the artifacts found in the excavations contributed to the archeology of Anatolia and were considered important examples of the culture they represent.

Heb said the archaeological park project had been approved by the Ministry of Culture and Tourism. "Our project consists of three stages. In the first stage, the feet of the royal tombs were removed, the outer border walls were maintained and joint evacuations were made. We continue our efforts to create viewing platforms, cafeterias and areas where we can host our guests," he added.