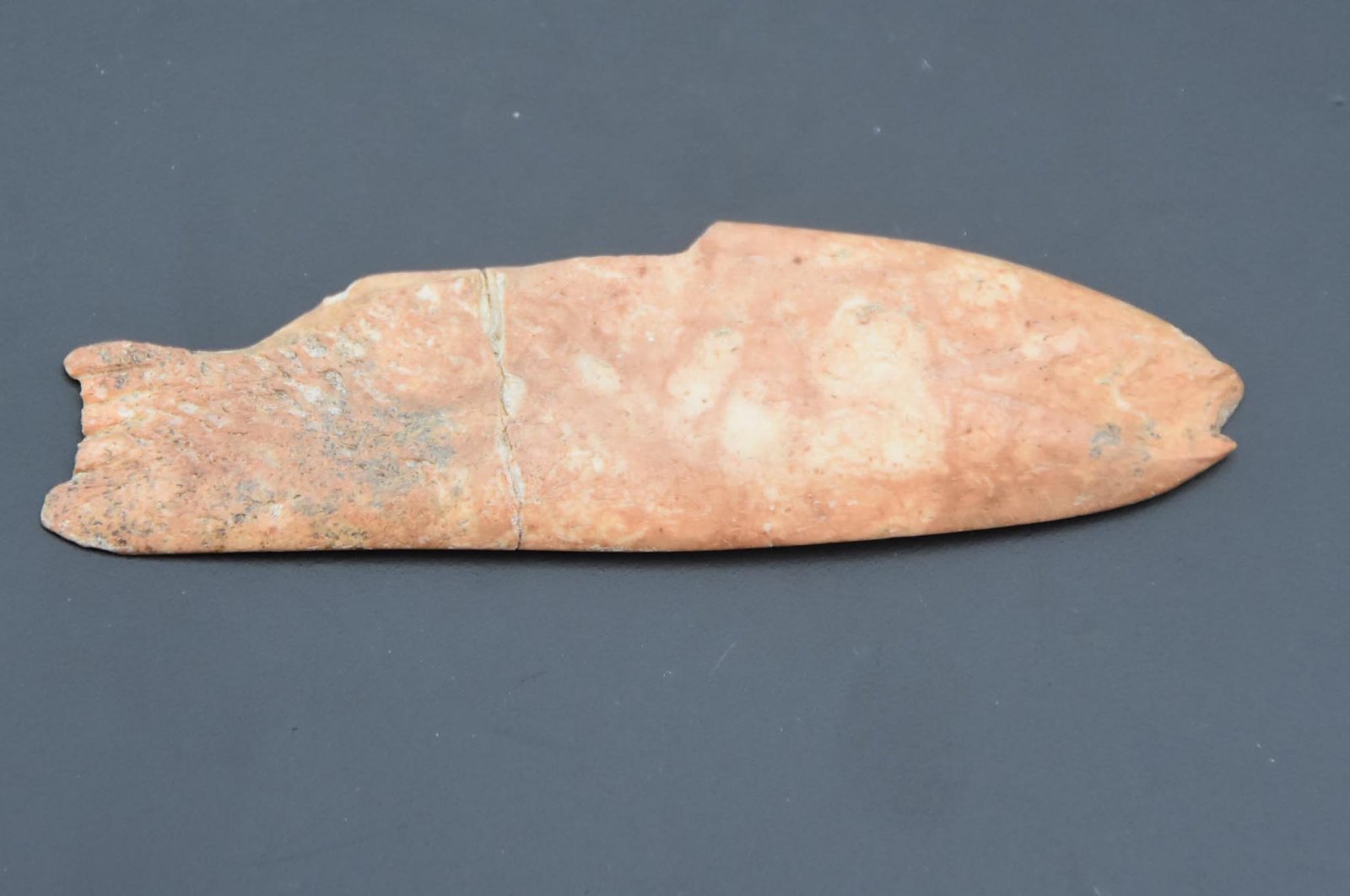 In the excavations carried out in the Yeşilova and Yassıtepe mounds in western Izmir province, a hand tool made in the shape of a fish was unearthed. It is thought that the tool dates back 8,000 years and was used for cleaning fish scales.

Excavations in the Yeşilova and Yassıtepe mounds continue with the support of the Ministry of Culture and Tourism, Izmir Metropolitan Municipality, Bornova Municipality and Ege University. Over the course of the excavations, nine villages that were built on top of each other have been unearthed to date.

In addition, the studies have revealed many remains dating back thousands of years such as sea bream, sea urchin, oysters and mussels. Archaeologists discovered a 15-centimeter tool made of bone and in the shape of a fish in this year’s excavations.

Assoc. Dr. Zafer Derin, head of the excavations in the Yeşilova and Yassıtepe mounds, said, "It is a bone tool that represents a fish. There are scratches on it due to intense use. It is an interesting tool on which various decoration details, (including) the scales and tail of the fish, are engraved. We have not seen such an example in Western Anatolia, in the Aegean Region before. It is an everyday tool belonging to the Aegeans," he said.

According to the excavation head, the first Aegean peoples had a culture based on the sea. Therefore, it was no surprise for them to unearth the fish cleaning tool. “In the construction of this 15-centimeter-long tool, big or small cattle bones were used. From the decorations on it, we see that the first people of Izmir transformed even a simple tool into an artistic form suitable for their lives,” Derin added.