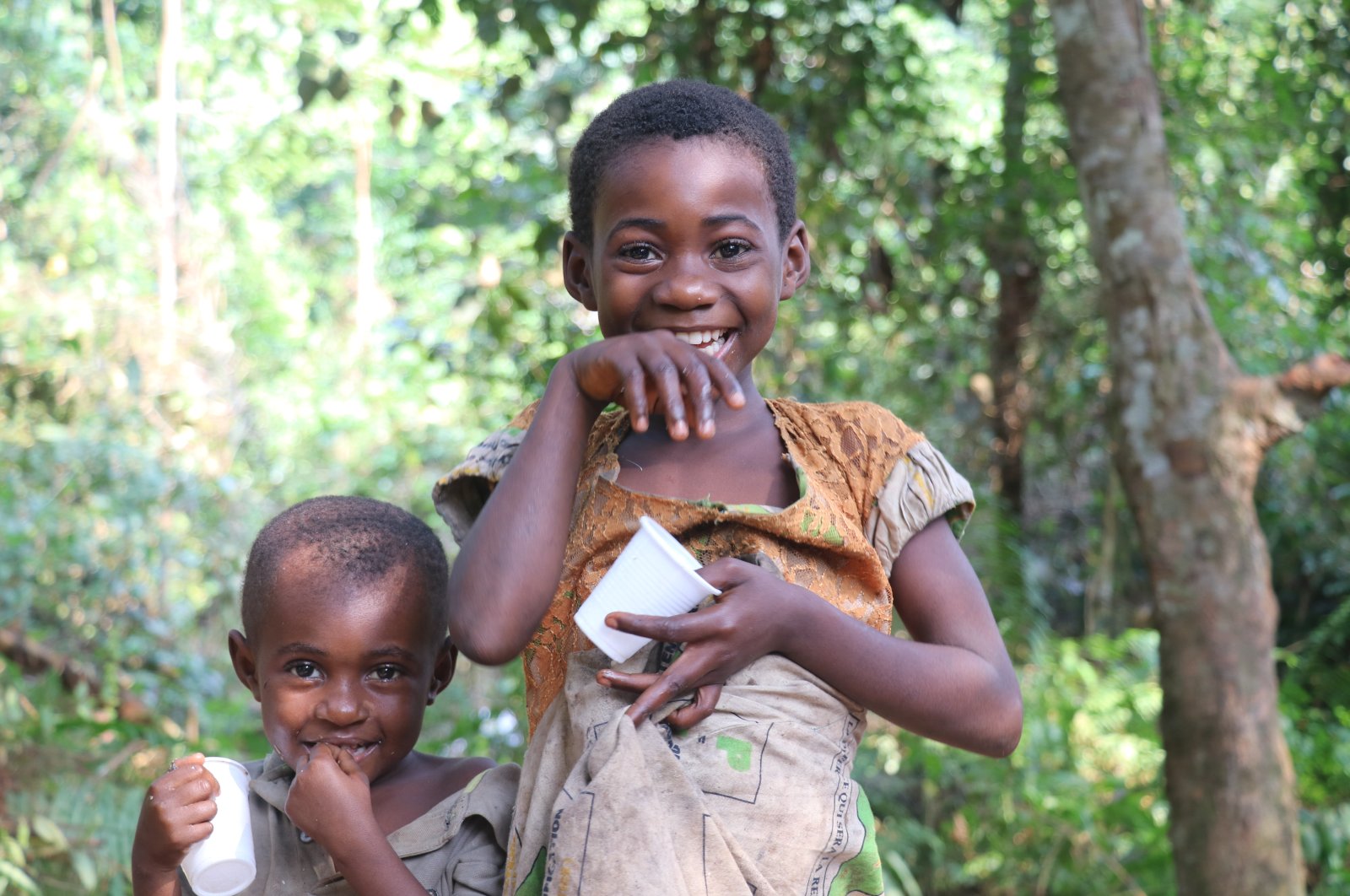 Pygmies, known for how unusually small they are, have been sustaining their way of life and continue to hunt in the rainforests of Central and West Africa as they have done for the last 5,000 years.

The Europeans referred to the local tribespeople as "Pygmies" – a word meaning "dwarf" in Greek with a mythological reference – due to the people being an average height of 120 centimeters (3.9 feet).

There are currently around 120,000 Pygmies in the world, with most of them living in Cameroon's forest region close to the Atlantic Ocean.

Rainforests inhabited by the Pygmies have been rapidly depleting due to timber production and mining. Therefore, the habitats of Pygmies are getting narrower gradually, and they are not allowed to reside in forests designated as national parks.

The Cameroon government has failed to successfully implement its integration policies aimed at settling Pygmies into a sedentary lifestyle.

While they do not like to interact with foreigners and have their photographs taken, the Pygmies lead a different lifestyle in comparison with the settled peoples of continental Africa.

Still living like an ancient people, the Pygmies spend most of their time hunting deep in the forest and collecting fruits along with herbs. They do not use money and instead use a system of bartering in which they trade their possessions.

These people often change location in a bid to find animals for hunting, and they are armed with wooden or stone arrows, spears and machetes to kill monkeys, antelopes, gazelles and elephants.

Among their main source of food are the wild fruit trees as they consume wild plums known as safou as well as wild mango and nuts on a daily basis.

Nzie Fouer, the head of a Pygmy family living in Bikuitsi-Njule, located 70 kilometers (43 miles) from the city of Kribi in western Cameroon, told Anadolu Agency (AA) they wanted to continue their lives hunting fish and animals while collecting fruit in the forest, but they were concerned that some people had begun to cut down trees in their forest and sought to take over their homes.

Aboumyem Amoura, the eldest member of a Pygmy family living in Bikuitsi-Njule, said he was "born in this forest and wanted to die there" and the forest provided everything they needed.

Since they are not acknowledged as citizens, the Pygmies do not have access to social services, particularly health care. Instead, they use leaves, tree barks or wild plants for treatment.

Moringa trees, also known as "miracle trees," are common in the rainforests inhabited by the Pygmies and are used for the treatment of high blood pressure.

Also, the cream produced from the Nlouer plant is used against poisoning and they use the syrup obtained by boiling the bark of the Abda Zoak tree, also known as the "elephant tree," for the treatment of stomach problems and ailments experienced during pregnancy.

The Pygmies reside in houses built from the branches of Nzon and Mbunde trees and broad leaves, which are common in the forest. As they change location quite often, they build these houses in about an hour.

After a day of hunting and collecting fruits, they gather by a bonfire at night and listen to the advice of elders and dance.

While preserving their belief in animism in general, Pygmies believe that everything in nature has a spirit as well as a material existence, and each object is controlled by a spirit.

As they believe in the afterlife and the spirits of their ancestors' presence everywhere, they hide their deceased in tree trunks or caves. In addition, it is possible to come across Muslim and Christian Pygmies who have made the shift to a more settled life.