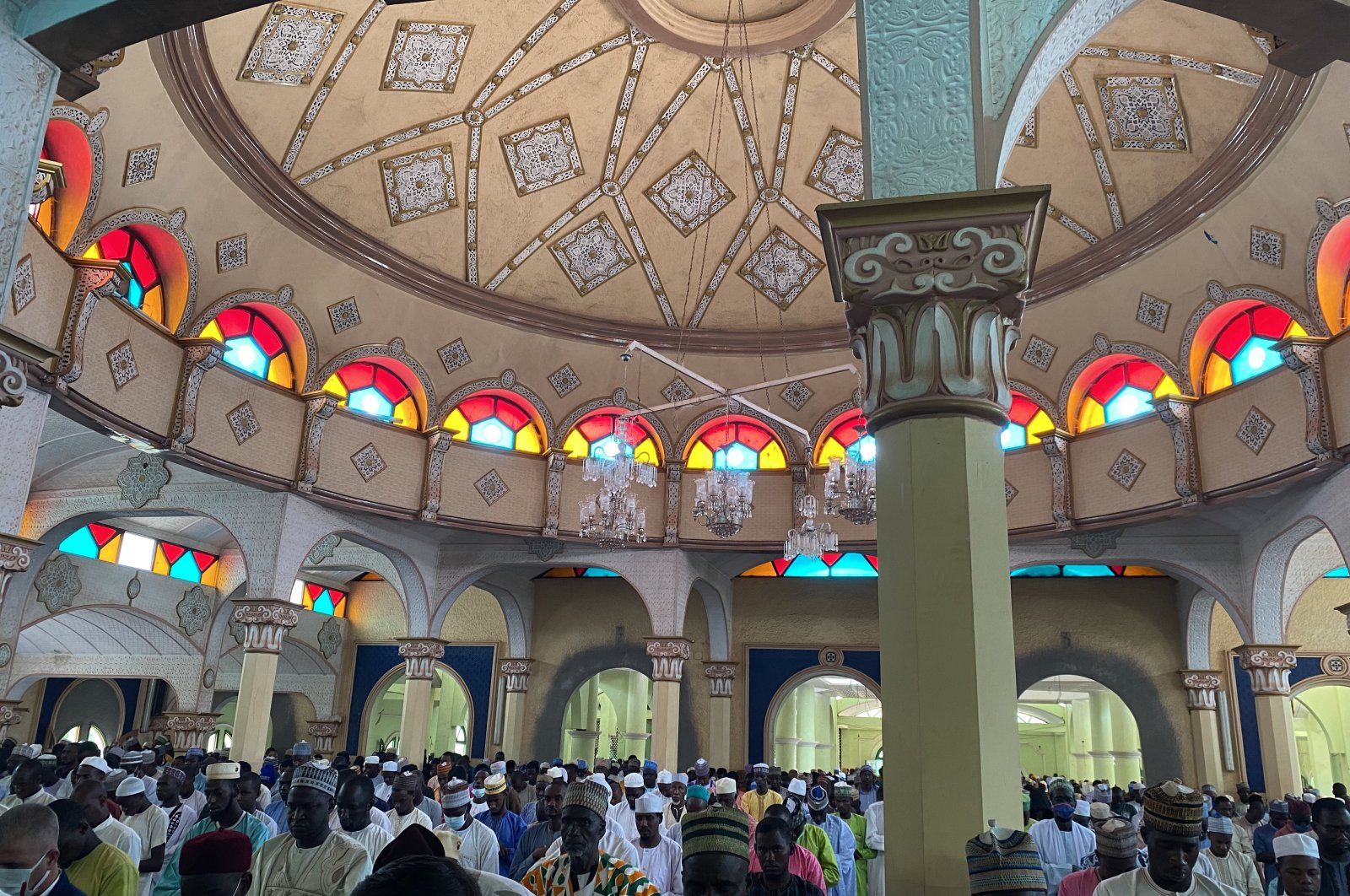 The mosques in the city of Ngaoundere, the administrative center of the Adamawa Region in Cameroon, attract attention with their details bearing traces of Ottoman architecture and art.

Ngaoundere, where 85% of the population is Muslim, is among the cities featuring the highest number of mosques in the African continent with nearly 100 mosques. Although the Ottoman Empire never came to Cameroon, the Islamic culture and architecture that it brought to Nigeria spread to Ngaoundere and is still kept alive in the mosques of this city.

Yıldırım said that the Ottomans and the Turkish flag are religious symbols in Cameroon. “While the crescent is used as the symbol of Islam in Asia and Europe, the Ottoman and Turkish flags symbolize it here,” he said.

Noting that the crescent and star of the Turkish flag are also used as symbols of the caliphate in Cameroon, the coordinator added that the wide courtyards and domes of Ngaoundere mosques are the essential elements that reflect the Ottoman influence in these structures.

In addition to the architectural details, some elements from the Ottoman culture can still be seen in the city. For example, Cuma Selamlığı, a tradition practiced by Ottoman sultans on their way to Friday prayers, is still performed in Ngaoundere.

In line with this ceremony, Ngaoundere King Mohamadou Hayatou Issa performs Friday prayers at the city's Grand Mosque and then goes to his palace, located across the mosque, greeting people along the way. The ceremony continues in the palace, and soldiers and local administrators as well as the public parade in front of the king.

Yıldırım said that this ceremony of Ottoman origin is important not only because it has a religious aspect but also because it gives people an opportunity to meet the king and discuss regional issues.

The coordinator added that cultural elements often evolve with the conditions of the region but their spirit never changed. For example, Yıldırım said that the Ottomans delivered sermons bearing swords in the conquered regions but in Cameroon, swords have been replaced with wands.