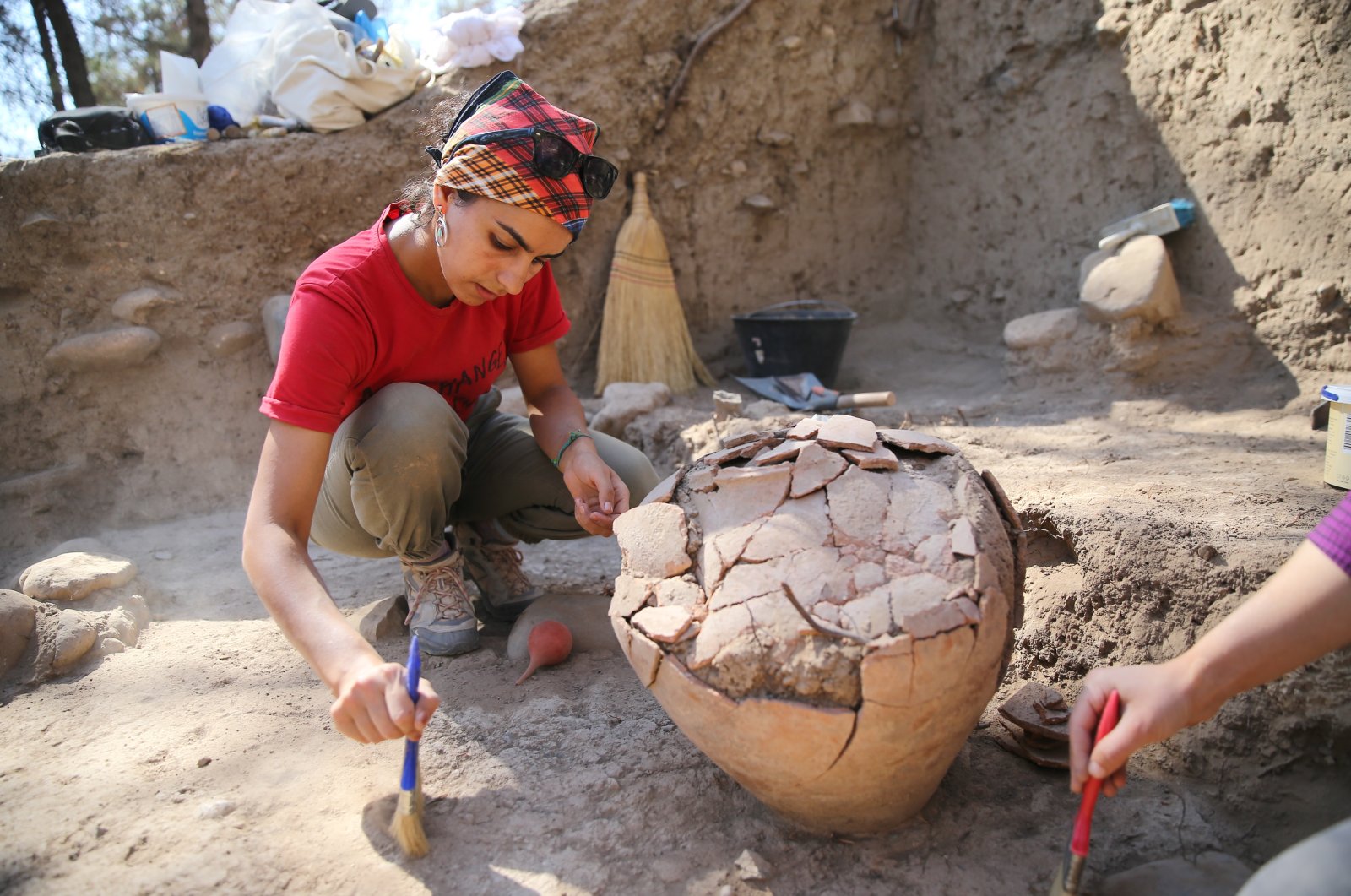 Archaeologists unearthed a structure with a 4,500-year-old jar, numerous pot remains and food fossils inside it at a mound in the southern coastal Turkish city of Mersin.

The excavations in the Yumuktepe Höyük are being carried out under the presidency of Isabella Caneva, an archeology professor at the Italy's University of Lecce. Caneva told Anadolu Agency (AA) that every season findings revealing importation information about changes in life, economy, and society in Yumuktepe are found during excavations.

Yumuktepe stands out as one of the oldest settlements in Anatolia with its history dating back to 7,000 B.C. It has hosted many civilizations to date which has given it the name "Cradle of Civilizations."

The mound, located 4 kilometers (2.4 miles) west of the city center, gave important clues about the lifestyles of its guest civilizations, Caneva said, adding that they have recently reached a large building made of adobe on the field as part of the excavation process.

"There were many potteries inside the building. These pieces belonged to one type of product. These bowls are all the same, that is, mass-produced. There were around 700 bowls in this building. This is a big place for a standard family or restaurant. We think that this is a place where public or ceremonial meals were held or food was distributed to the public," she said.

The team of 25, led by Caneva, also found a 4,500-year-old jar belonging to the Middle Bronze Age in the area of this structure. Noting that the soil of the jar, which features decorative symbols on it, and olive-grain fossils found near this cup will be examined later, Caneva added: “We will investigate what exactly this building was used for in the past. With the answers that we will find, we can learn how life, economy and society have changed in every period in the Yumuktepe from the 7,000 B.C. to the present day.”

The Yumuktepe Höyük has been home to many civilizations where skulls from the Hittite period and seals from the Neolithic period were previously found.