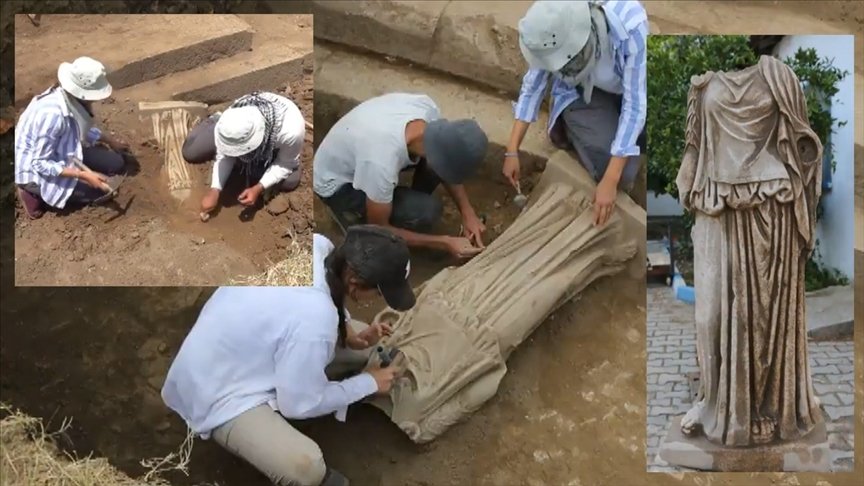 This photo collage shows the ancient statue and the process of its unearthing by archaeologists in western Turkey's Izmir on June 12, 2021. (AA Photo)
by Anadolu Agency Jun 13, 2021 11:08 am

Archaeologists found a 1,800-year-old statue of a woman in the ancient city of Metropolis in western Turkey’s Izmir province.

In a Twitter post on Saturday, the Department of Excavations at Turkey's Ministry of Culture and Tourism said the statue was unearthed in the ancient city of Metropolis and added, “Our excavations will continue in 2021." It also shared a 39-second video showing the process of unearthing the ancient statue.

The site, which bears traces of Classical, Hellenistic, Roman, Byzantine and Ottoman periods, has been under excavation for years as part of a project jointly carried out by the Ministry of Culture and Tourism and Celal Bayar University.