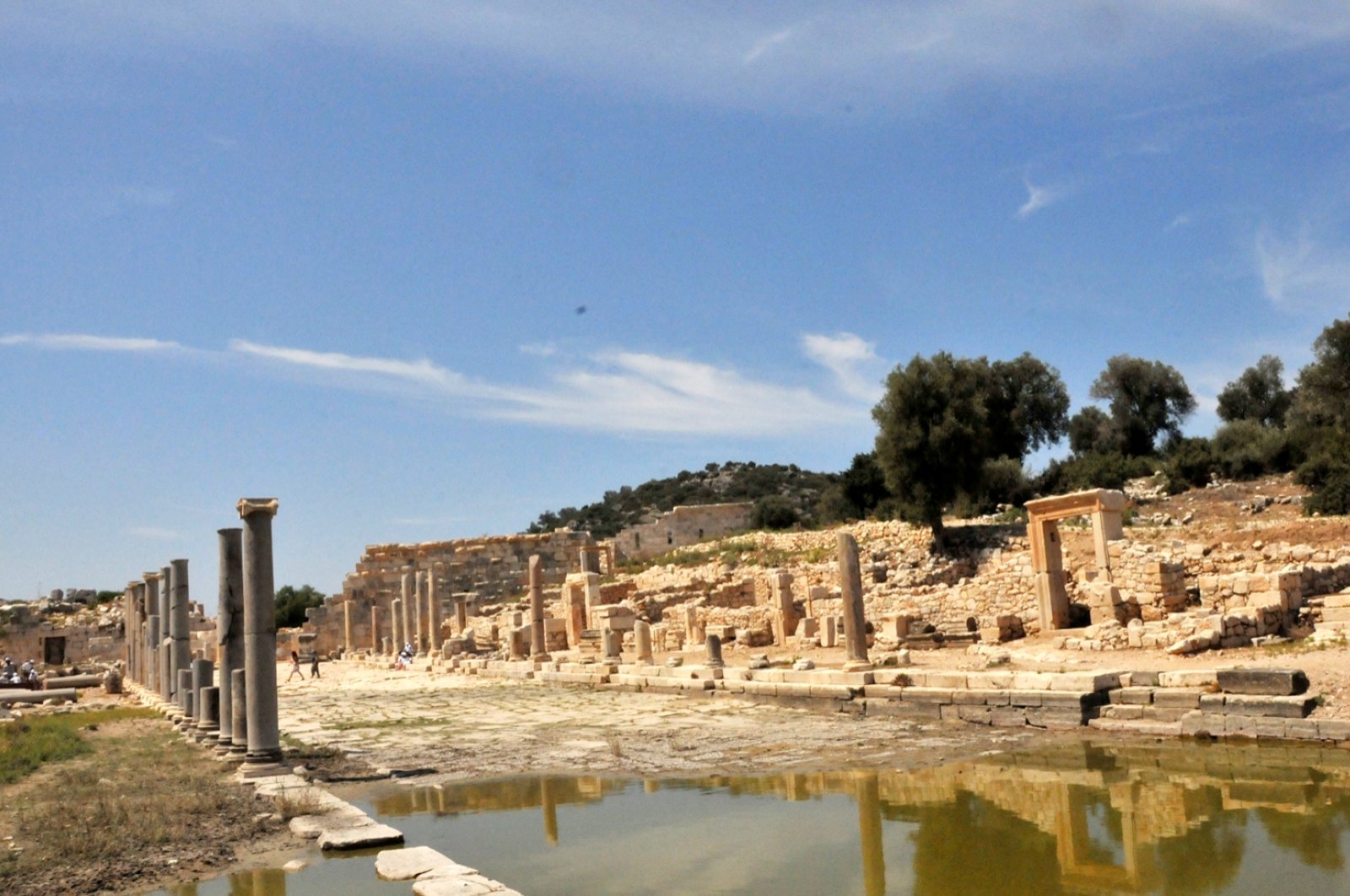 As Turkey's tourism capital hosting millions of local and foreign tourists every year, Antalya invites visitors on a journey through time at its many ancient cities

Described as the capital of tourism with millions of local and foreign tourists every year, the city also stands out as a crossroads of ancient civilizations, such as those of Lycia and Pamphylia, and is home to more than 50 ancient settlements.

The ancient city of Patara has been in the spotlight since 2020 was declared the "Year of Patara" by President Recep Tayyip Erdoğan. It is a historical site that should not be missed by history buffs passing through. Patara is 30 minutes away from the Kaş district, which dazzles visitors with its unique beaches and historical heritage. The Lycian parliament building, the site of one of the first examples of democracy, and the remains of an ancient lighthouse are among the most striking ruins in the city.

Meanwhile, the ancient city of Xanthos, located near the Kınık neighborhood of Kaş, was the capital of Lycia and stands out thanks to its unique pillar tomb monuments.

The Church of St. Nicholas was built in the ancient city of Myra for Saint Nicholas (otherwise known as Santa Claus), who was born in Patara and spent most of his life in nearby Demre. It is one of the most fascinating historical places in the region. Andriake, the port of ancient Myra, is also a must-see for visitors, who can also get a closer look at artifacts in the Lycian Civilizations Museum.

Those who drop by the Kumluca district of the city can visit Rhodiapolis, the hometown of the famous philanthropist Opramoas, and embark on a historical journey through its theater, bathhouse, the Opramoas monument, church, necropolis and numerous cisterns.

The ancient city of Arycanda, which is a favorite of visitors with its bathhouses, cisterns, rock tombs and sarcophagi, is located on 30 kilometers (around 18 miles) down Finike-Elmalı Road. Arycanda, which is well-preserved architecturally, is another site that piques the interest of history enthusiasts.

The ancient city of Phaselis in Kemer district served as another important Lycian trade port. The sites of the former city's wide thoroughfares, theater and agora also offer stunning views of the sea.

The ancient city of Perge, located in the center of Antalya, is also guaranteed to impress history buffs. The city, known for its sarcophagus and statue of Heracles, both brought back to Turkey after being smuggled abroad, boasts many ancient sculptures and artifacts. A significant portion of those unearthed from Perge can also be seen in the Antalya Museum.

Those vacationing in the city's center can explore the narrow streets of Kaleiçi, which bear traces of the Byzantine, Seljuk and Ottoman eras, and see the Yivli Minaret Mosque, Şehzade Korkut Mosque, the city walls, Hadrian's Gate and typical Ottoman and Greek homes.

The ancient city of Termessos, which resembles an eagle's nest due to its location, is another must-see. Visitors can get to know the city, which was able to resist the greatest army of its era, that of Alexander the Great, thanks to its magnificent structure and location.

The ancient cities of Side and Aspendos are some of the settlements that played a key role in their day.

Side Museum is another site frequented by history enthusiasts. It hosts the ruins of the Temple of Apollo in the ancient city of Side and offers the chance to witness truly magnificent sunsets.

Karain Cave in the city center takes its visitors on a journey to the Paleolithic era. Hand axes tens of thousands of years old have been unearthed in the cave, as well as the remains of animals such as rhinos, elephants and hippos.

Most of the findings unearthed in the cave are on display in Antalya Museum – a rare gift for those curious about the first era of human history.

Pointing out that the history of Antalya dates back some 500,000 years, Çevik noted: “Antalya exhibits monumental tales from every eon, from prehistoric life in Karain to protohistoric scenes in mountainous Lycia, one can see traces of the classical, Hellenistic, Roman, Seljuk and Ottoman periods alike. These periodical remains overlap in many places, forming a layered richness,” Çevik added.

Underlining that Antalya is one of the must-see places for history fans, Çevik continued: “It offers experts and professionals a great amount to research. Beyond its role as a city, it is a distinct place that is a must-see thanks to its archaeological remains and wonderful natural environment. There are ancient Pamphylian cities such as Perge and ancient Lycian cities such as Phaselis, Olympos, Limyra and Myra. The large region of Pisidia is also noteworthy, while there are hundreds of medium and small settlements in the same area. We are constantly making discoveries both on land and at sea."

Yeliz Gül Ege, president of the Antalya Promotion Foundation, stated that Antalya is located in a region where civilizations have settled for thousands of years and that the city invited all to enjoy what was left behind in their wake.

While discussing events and activities run by the foundation, Ege said: “Based on the fact that tourism is a transfer of cultures, we tell guests from abroad that they can find their own past in Antalya and get to know these civilizations.”

Emphasizing that Antalya is a unique destination where culture, history, nature and the sea are intertwined, Ege added that there are very few cities in the world with the same characteristics.