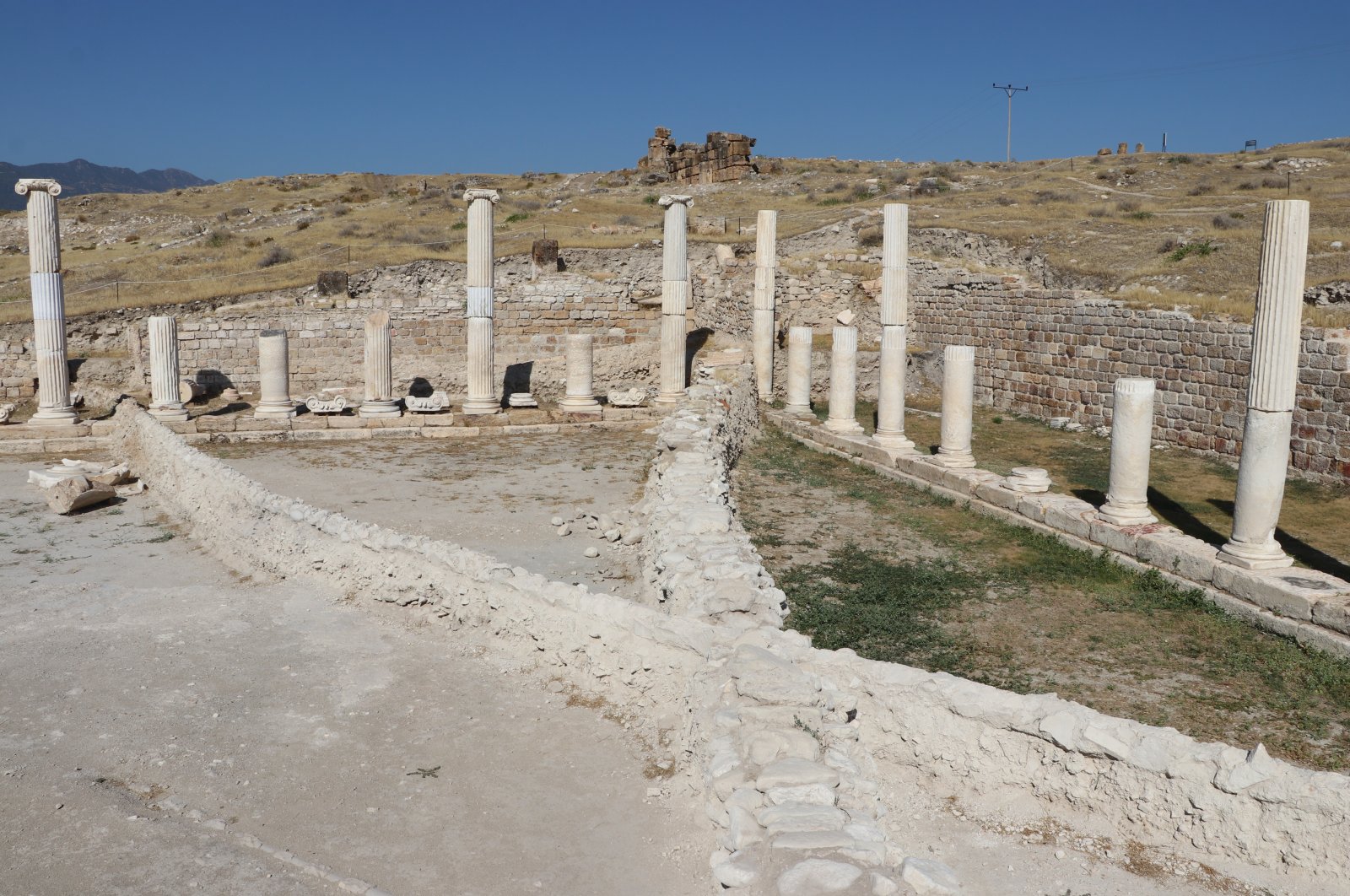 Archaeologists discovered a 2,000-year-old sewage system in the ancient city of Tripolis, located in the Buldan district of Denizli province in southwestern Turkey.

The excavations will continue through the year in the ancient city, which hosted many civilizations throughout history, under the presidency of Bahadır Duman of Pamukkale University's Archeology Department.

The Roman-era sewage system, composed of tunnels 160 centimeters (5.2 feet) in height and 70 centimeters (2.3 feet) wide, is the latest discovery of the excavation team at the archaeological site.

"The gigantic sewage system has dimensions that a person can easily enter and walk in," said Duman.

Noting that the sewerage system reveals Roman architecture and engineering prowess, he said: "The difference between the system in Tripolis and the others is that the sewers have been preserved until today. The main sewage system of Tripolis is one of the rare examples. The wastewater of the city was collected in this main sewer system and transferred to Buldan Stream and then to the Büyük Menderes River in the past.”