Artist reflects her love for Istanbul with Ottoman-era miniatures 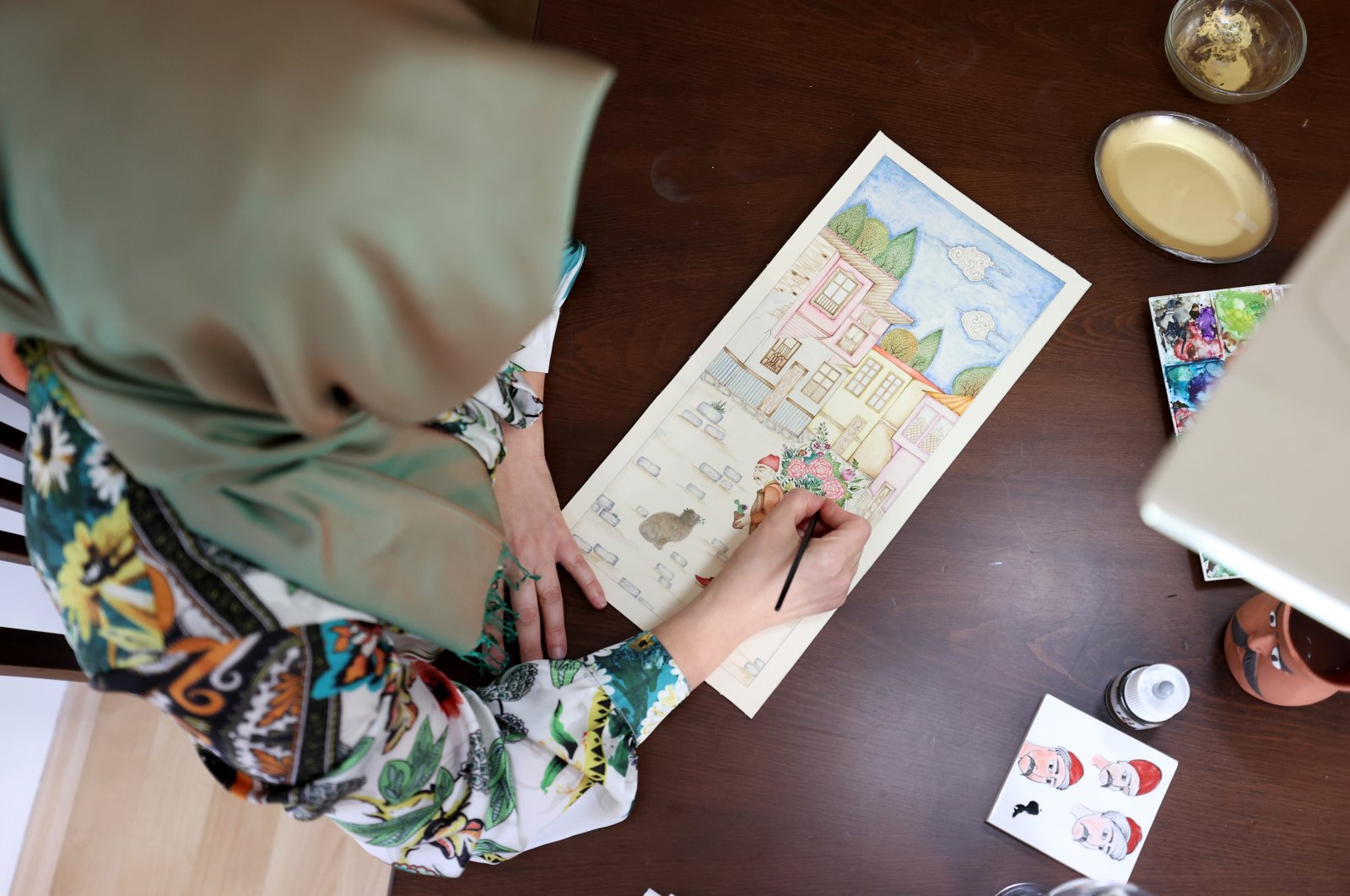 Turkish artist Ayşe Yıldırım has been painting the landmarks of Istanbul, including the historical peninsula, the Bosporus and the Golden Horn, on hand-painted papers with a single hair pencil for 14 years. Yıldırım describes the ancient city of Istanbul through miniatures, which is a courtly art from the Ottoman period.

A miniature is a type of two-dimensional artwork that features small, finely crafted paintings that tell stories or relay information. During the Ottoman era, those who practiced in the craft were known as miniaturists. Historically, miniature styles varied according to the region and their school of art, evolving further with the introduction of Islam. The period's manuscripts were visually illustrated with miniatures. The Ottoman miniature used visual language to express its cultural diversity, cosmopolitan geography and principles of expression that developed over the centuries. As the 19th century approached, the craft expanded and began to appear more frequently on walls, canvasses, pieces of wood, ceramics and leather. UNESCO added the art of miniature to the Representative List of Intangible Cultural Heritage of Humanity in January this year.

Some artists still continue to practice this art form and transfer it to the younger generations today. Some of these artists, like Nevin Yapıcı, even teach how to do this art through online videos. Yıldırım is also setting an example for these artists by trying to hand down this traditional art form through performance.

Yıldırım has been engaged in miniature art since her childhood. In an interview with Anadolu Agency (AA), she said that the art of miniature started when historiographers started to paint history. Providing further information, Yıldırım noted: "If a sultan was to be described in miniature in those times, he was drawn in a large size and foregrounded, and those in the background were drawn in a smaller size. If the forest was to be described, forest-related objects were highlighted."

The artist noted that when she started developing an interest in miniature art, she focused on architecture and tried to explain Istanbul in her works. She said she has also been painting figures recently and enjoys it very much.

Yıldırım underlined that the most distinguishing feature of miniature art is that it reflects the period it is painted in, saying that the clothes worn by individuals portrayed in the work and the objects belonging to that period should be investigated.

Referring to the cruxes of miniature art, Yıldırım noted: “This art brings together the old and the new. When emotions get accumulated, it is time to sketch. I then shape it and transform it into a composition. I mean, I am going from part to whole. For me, this is the moment the work begins.”

Yıldırım noted that painting miniatures takes a long time, and her miniature painting titled “Istanbul” took almost one year to complete. Indicating that she makes designs for various countries as well, Yıldırım said: “My three miniature paintings depicting the Hagia Sophia Grand Mosque, Süleymaniye Mosque and Maiden’s Tower were purchased by a French businessperson. They are displayed in the dining room of a French passenger liner. My other piece featuring Istanbul was purchased by an American surgeon and continues to be displayed in a hospital in the U.S.”