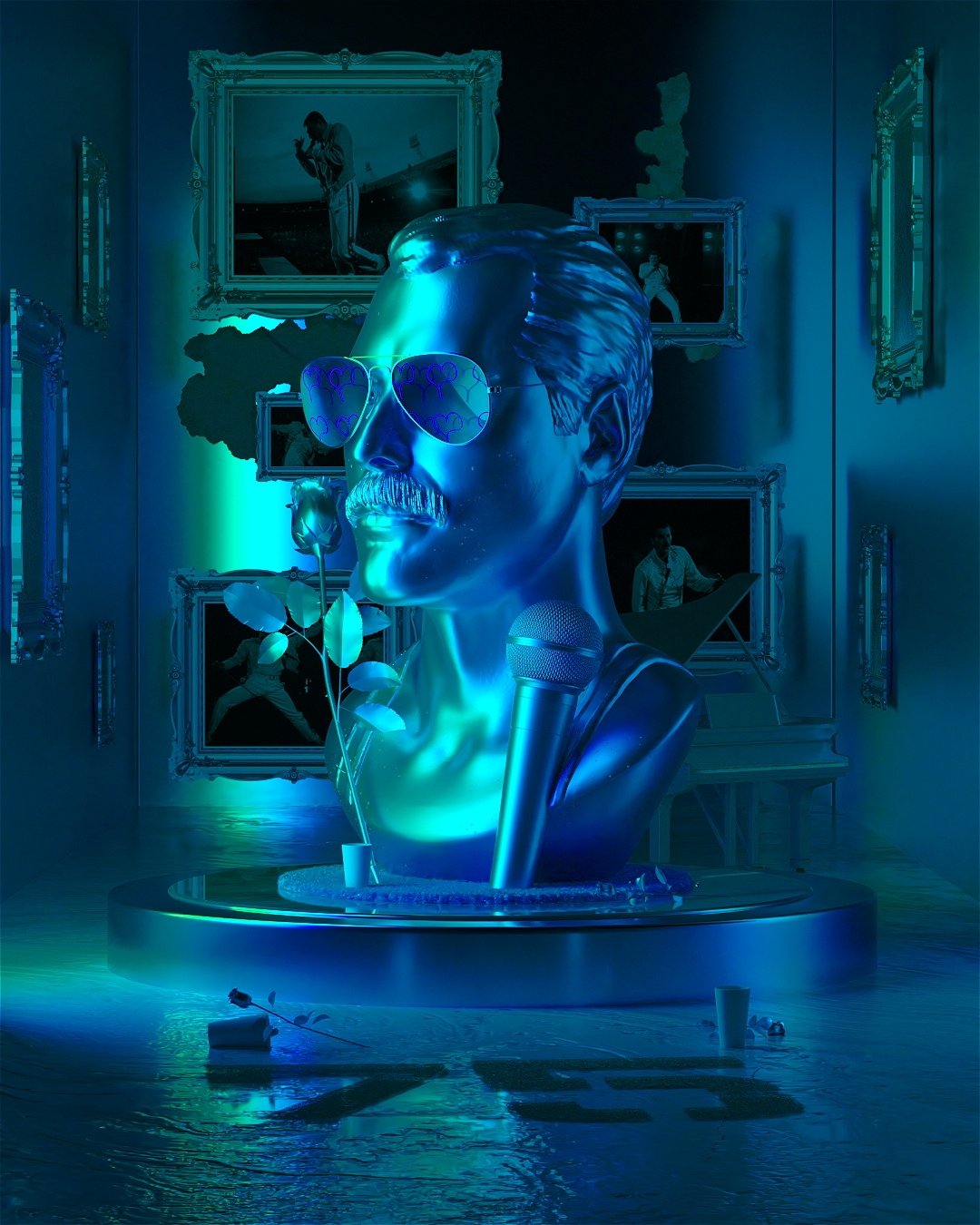 NFT artwork "Colorful Soul" by artist MBSJQ is seen in this undated handout image. (REUTERS Photo)
by REUTERS Sep 17, 2021 10:41 am

Four artworks inspired by late Queen frontman Freddie Mercury will make the iconic singer's mark on the world of the non-fungible tokens (NFT). The works will be auctioned off for charity to commemorate what would have been his 75th birthday.

Three show the singer while the fourth is a dreamlike depiction of a white grand piano with a crown on its stool, surrounded by a pond of swimming goldfish.

The works by artists Blake Kathryn, Chad Knight, Mat Maitland and MBSJQ will be sold in a timed auction on digital art marketplace SuperRare over 75 hours starting on Sept. 20, organizers said.

Proceeds will go to The Mercury Phoenix Trust, an AIDS charity founded by Queen members Brian May and Roger Taylor and band manager Jim Beach in the singer's memory.

The market for NFTs – niche crypto assets that are blockchain-based records of ownership of a digital item such as an image or a video – has been surging, though skeptics have warned of a bubble.

"Freddie Mercury left a very simple creative brief to the world on his passing. 'You can do whatever you want with my work, just never make me boring'," SuperRare and the Mercury Phoenix Trust said in a joint statement on Thursday.

Mercury, who studied graphic art and design, would have turned 75 on Sept. 5. He died from AIDS-related pneumonia in 1991.