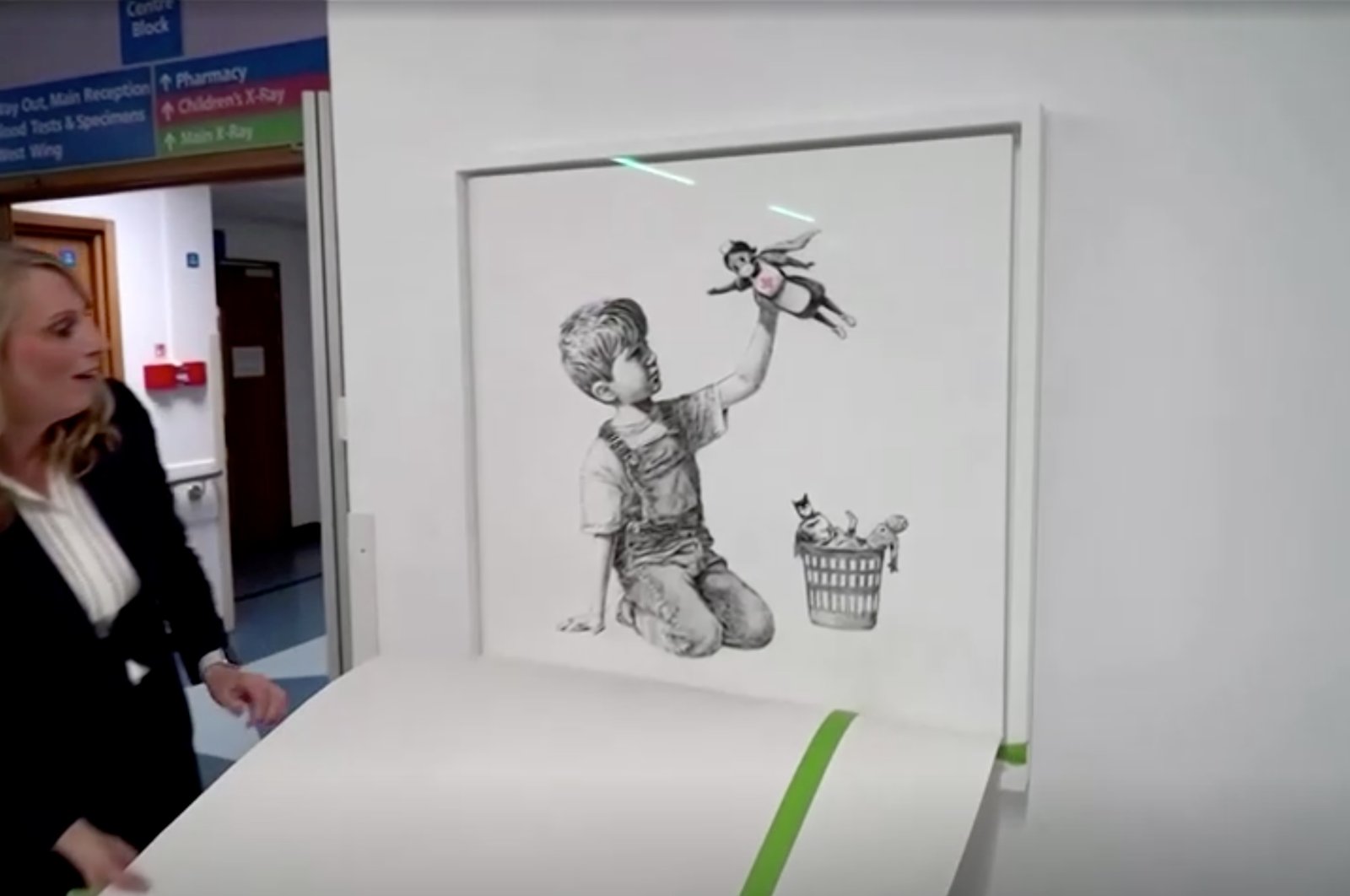 A Banksy painting showing a boy playing with a toy nurse as a superhero sold for more than $20 million on Tuesday, setting an auction record for the elusive British street artist.

"Game Changer," unveiled last May at University Hospital Southampton, paid tribute to the frontline workers of Britain's National Health Service (NHS) in their fight against the COVID-19 pandemic.

The black-and-white hand-painted artwork shows a boy lifting a nurse, her arm outstretched and wearing a cape, while traditional superheroes Batman and Spider-Man lie in a bin.

Through Southampton Hospitals Charity, proceeds from the sale will be used to "fund wellbeing projects for staff and patients, and distributed to a wider community of healthcare providers both within the NHS and charitable sectors," Christie's said.

A reproduction of the painting will hang in the hospital, it said.

In a Christie's auction streamed live, the painting sold for a hammer price of 14.4 million pounds ($19.85 million). Added fees gave it a final price of 16.75 million pounds, a world auction record for Banksy, according to Christie's.

The painting had carried an estimate of 2.5-3.5 million pounds.

"Banksy is an extraordinary artist who is a constant barometer of nationwide sentiment," Katharine Arnold, Co-Head, Post-War and Contemporary Art, Europe at Christie's, said in a statement.

"With the perfect image of a little boy playing with his superhero doll; a nurse sporting the international Red Cross, he perfectly captured the essence of this moment in time."

David French, Interim Chief Executive Officer at University Hospital Southampton, said: "This incredible gift will be invaluable in helping us to focus on promoting and protecting the welfare of our staff as they heal and recover from the last year."

The sale took place as Britons across the country on Tuesday marked one year since Prime Minister Boris Johnson ordered the nation into its first lockdown.

A minute's silence was observed to remember the more than 126,000 people who have lost their lives to the virus.

Due to the negative effects of the pandemic, the U.K. unemployment rate has also hit 5.1%, highest in nearly five years.