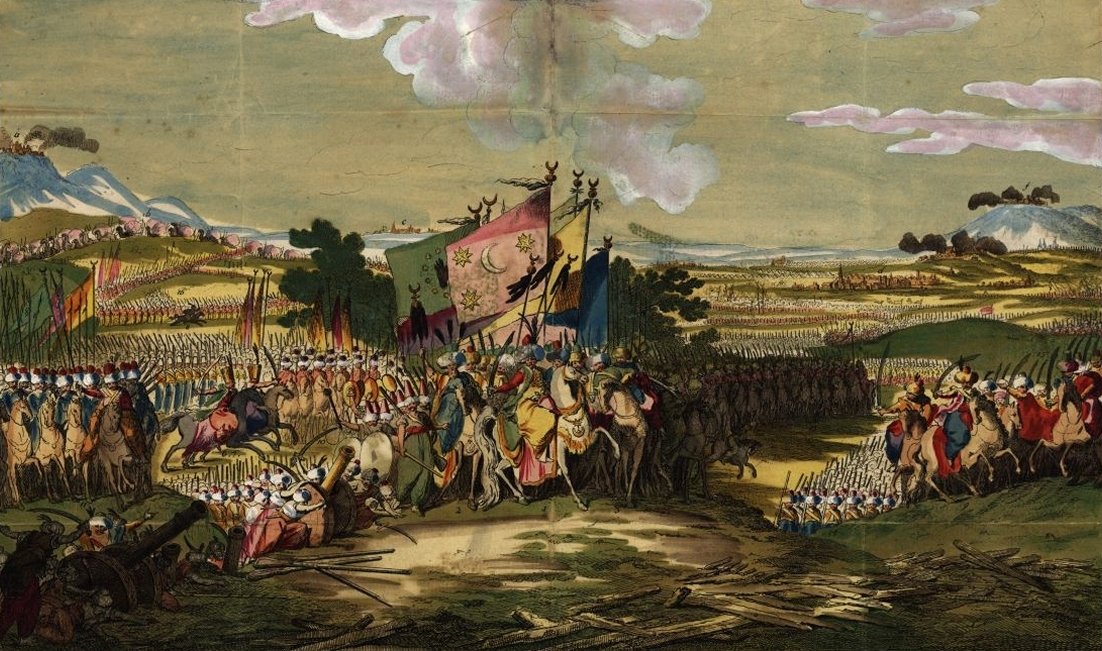 Joseph II, Holy Roman Emperor, could not take Belgrade from the Turks in his initial expedition and launched a second great campaign against the Ottoman Empire in 1788. The destination was Romania this time. The Turks, crossing the Danube, defeated the Austrian army under the command of Gen. Gustav Wilhelm von Wartersleben. The Austrian emperor wanted to save threatened Hungary but he had to advance on the Turks alone as his ally Empress of Russia Catherine II, commonly known as Catherine the Great, was dealing with her rival Sweden in the north at that period.

The Austrian army of about 80,000 people entered Ottoman lands in September. Emperor Joseph II himself was at the head of the army, which consisted of various nationalities such as Serbs, Croats, Italians and Slovaks. The army was exhausted and demoralized due to the ravages of diseases but finally arrived in the valley of Karansebes, which is now known as the city of Caransebeş in Romania. They learned that the Turkish army, under the command of Serdar-ı Ekrem (the title given to the viziers who act as the commander-in-chief in a war) Koca Yusuf Pasha, was close to them. They spent the night by the Timiş River.

It was a dark night as the moon was not visible. The emperor was aiming to move the war to Wallachia by attacking the Turks. The generals of the Austrian army gathered at the emperor's tent to discuss the battle plan. Everyone was sure of the upcoming victory and thought they would have a small loss of life. The emperor, for example, asked Austrian Gen. Franz Moritz von Lacy, who was famous for his service in the Seven Years' War, whether they would defeat the Turks. And the general said they hope for victory if nothing goes wrong.

While the generals were talking in the tent, the hussar cavalrymen in the army crossed the river in search of the Turks. But they couldn’t find any trace of the enemy and encountered Vlach Roma people instead. The Roma people offered to sell liquor and women to these cavalrymen and after a short bargain, they came to an agreement. Dismounting from their horses, members of the cavalry unit began drinking.

A few hours later, another Romanian unit in the army crossed the river. They saw drunken hussars on the ground. They asked them to share their drinks but the Hussars were against doing it, which started a fight between the two groups. The Romanian soldiers shouted, "Turcii! Turcii!" to scare the Hussars and take their drinks. Meanwhile, a startled soldier fired his gun.

As it was midnight, when the cavalrymen heard the sound of gunfire, they thought that the Romanians in front of them were Ottoman soldiers disguised as Austrian soldiers. And suddenly panic took over among the hussars and they all run toward the bridge to cross the river. Trying to calm the soldiers, the Austrian officers shouted, "Halt! Halt!.” But most of the soldiers did not know even a word in German. They thought the officers were shouting "Allah! Allah!”, which caused an escalation of the chaos.

A commander, who saw the chaos from afar, thought that the Turks were really coming and gave an order to fire the cannons. The great Austrian army fought tooth and claw, accompanied by cries of "The Turks! The Turks! Protect yourselves.” Everywhere smelled of blood and gunpowder. Although the guards around him tried to protect him from the chaos, Emperor Joseph II fell from his horse into the river. In order not to be captured by the Turks, he crawled to a house nearby.

Unaware of everything, the Ottoman army came to the scene of the incident two days later. They found 10,000 Austrian soldiers lying dead on the ground in front of them. Thus, the Battle of Karansebes went down in Ottoman history as the easiest victory.