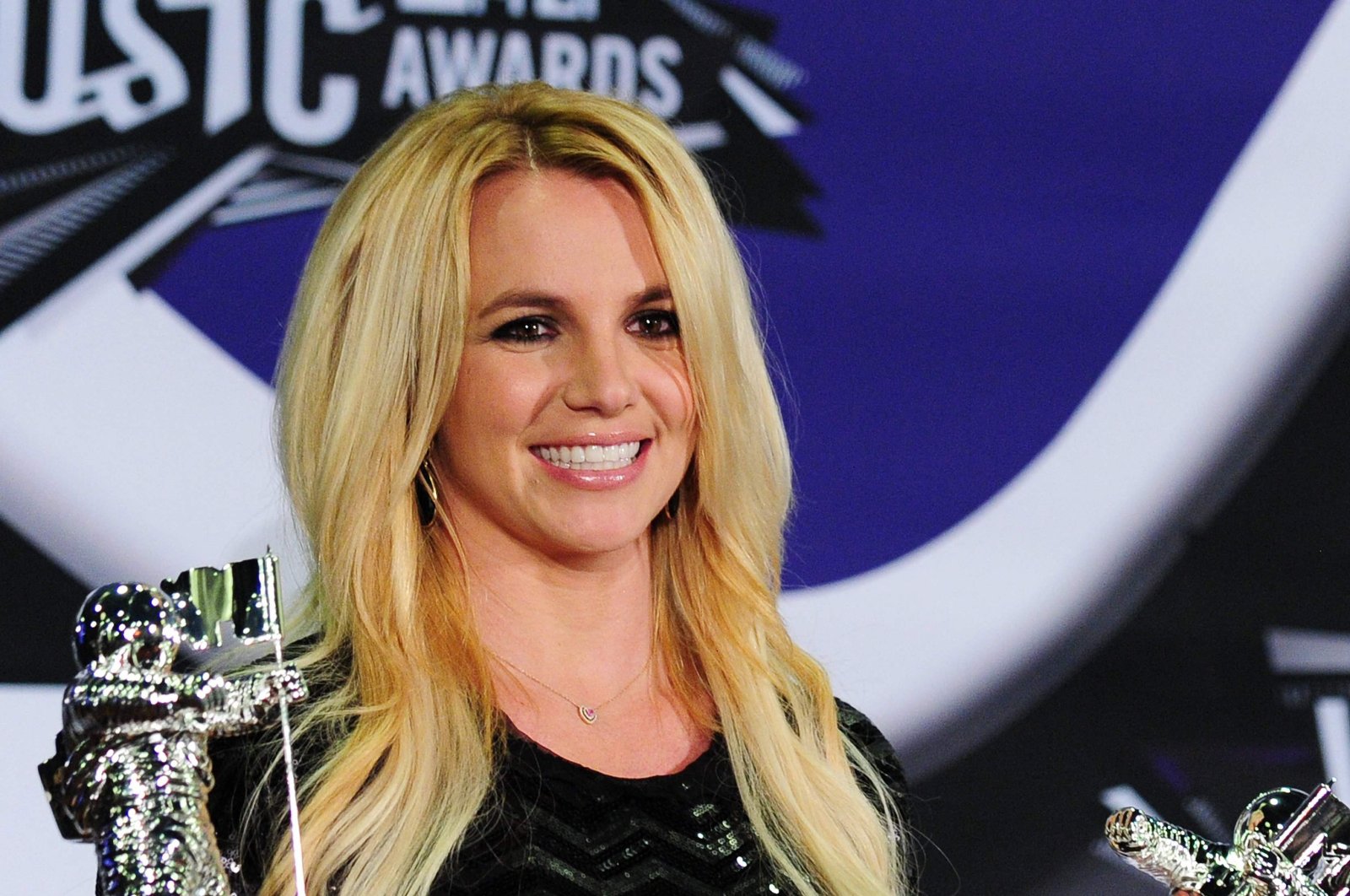 In this file photo Britney Spears holds her Best Pop Video Award and her Michael Jackson Video Vanguard Award in the press room at the 2011 MTV Video Music Awards (VMAs) August 28, 2011 at the Noika Theatre in downtown Los Angeles, California. (AFP Photo)
by REUTERS
Jul 19, 2021 11:52 am

Famous pop star Britney Spears announced on Saturday that she won't perform "anytime soon" as she continues her fight against the court-ordered conservatorship of her father.

Her remarks, in a lengthy Instagram post, were the latest in a series of emotional public comments about the conservatorship that controls her personal and financial affairs and which she has begged to be brought to an end.

"I'm not gonna be performing on any stages anytime soon with my dad handling what I wear, say, do, or think," the "Piece of Me" singer wrote.

"I'd much rather share videos YES from my living room instead of onstage in Vegas ... I'm not gonna put on heavy makeup and try try try on stage again and not be able to do the real deal with remixes of my songs for years," she added.

The pop star's father, Jamie Spears, has sole control of his daughter's $60 million estate under the court-appointed conservatorship that he set up in 2008.

Spears, 39, who has undisclosed mental health issues, has not performed in public since late 2018 at the end of a world tour and an extended concert residency in Las Vegas.

Spears this week appointed a new lawyer to represent her in her bid to bring the conservatorship to an end, calling it abusive.

"This conservatorship killed my dreams ... so all I have is hope and hope is the only thing in this world that is very hard to kill," she wrote on Saturday.

"I didn't like the way the documentaries bring up humiliating moments from the past ... I'm way past all that and have been for a long time," she added.

One of the documentaries, "Framing Britney Spears," brought wider attention to the conservatorship and swelled public support for Spears. It was nominated this week for two Emmy awards.

Spears and her lawyer have yet to file a formal request to end the conservatorship. The next court hearing is on Sept. 29 in Los Angeles.