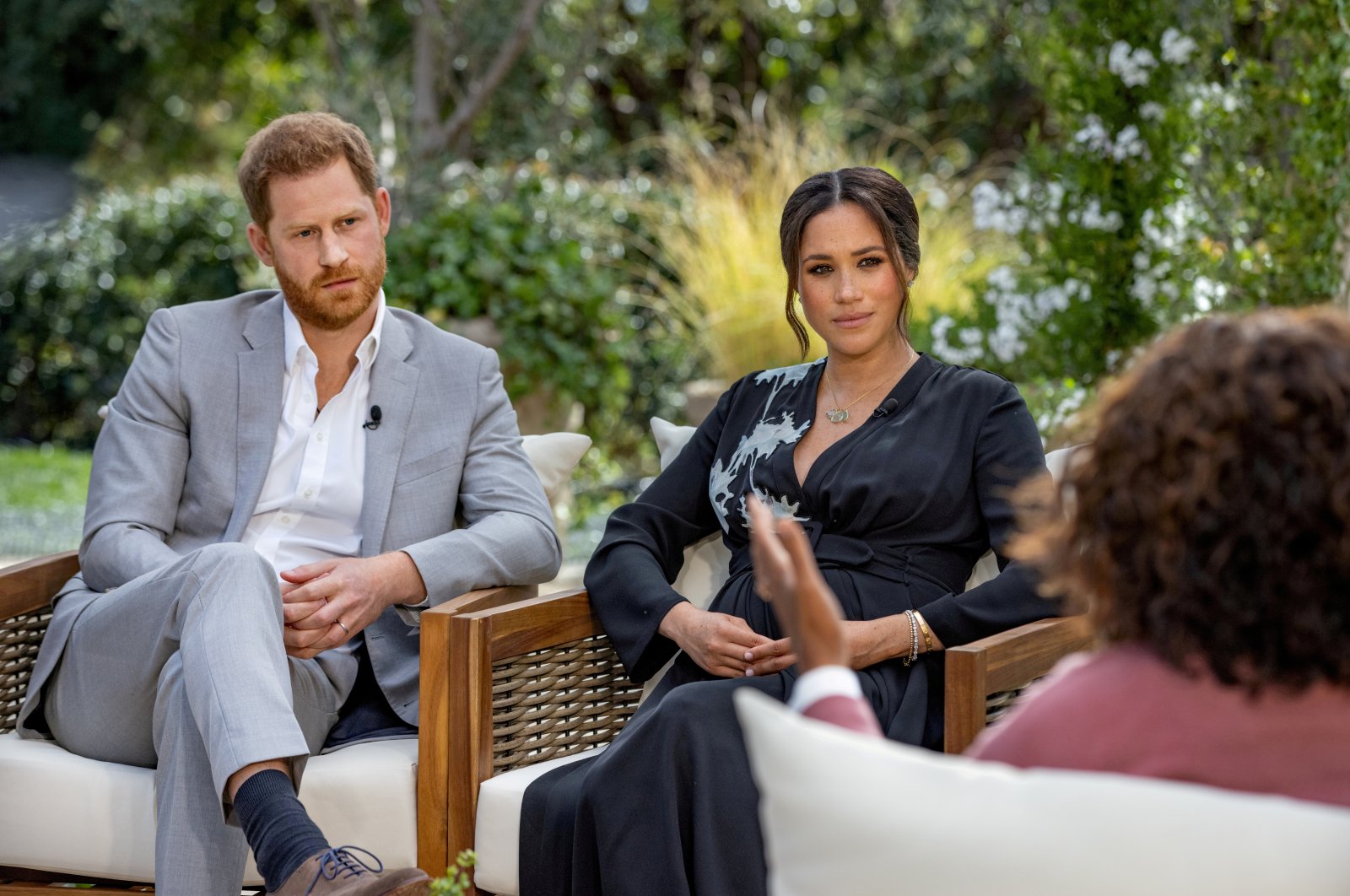 Britain's Prince Harry and Meghan, Duchess of Sussex, are interviewed by Oprah Winfrey in this undated handout photo. (REUTERS Photo)
by REUTERS Jul 14, 2021 9:01 am
RECOMMENDED

Disney+ series "The Mandalorian" and Netflix's British royal drama "The Crown" topped the nominations of the 73rd Emmys Awards with 24 nods Tuesday.

The documentary that sparked new interest in pop star Britney Spear's conservatorship and Oprah Winfrey's explosive interview with Prince Harry and his wife Meghan were also among the productions that scored nominations for the television's highest honors.

The New York Times and Walt Disney Co's FX network released "Framing Britney Spears" in February. It was Emmy-nominated for best documentary and for best picture editing for a nonfiction program. The 74-minute documentary examined the singer’s meteoric rise to fame as a teenager, the ensuing media scrutiny and her widely publicized breakdown, as well as her life under the conservatorship and a fan movement known as #FreeBritney.

The "Baby One More Time" singer has lived under a conservatorship overseen by her father since 2008, when she was hospitalized for psychiatric treatment.

Last month, she told a Los Angeles court that the arrangement was abusive and she wanted it to end. Another court hearing on her case is scheduled for Wednesday.

Winfrey's two-hour sit-down with Harry and Meghan in March sent shockwaves through the British monarchy when Meghan accused Britain’s royal family of raising concerns about how dark their son’s skin might be and of pushing her to the brink of suicide. It aired on CBS and got an Emmy nomination in the best-hosted nonfiction series or special category.

In the best documentary series category, contenders include HBO's "Allen v. Farrow," which explored the allegation that film director Woody Allen sexually assaulted his daughter Dylan Farrow in 1992. Allen has repeatedly denied the allegations and called the series a "hatchet job." The Emmy winners will be announced at a live televised ceremony in Los Angeles on Sept. 19.