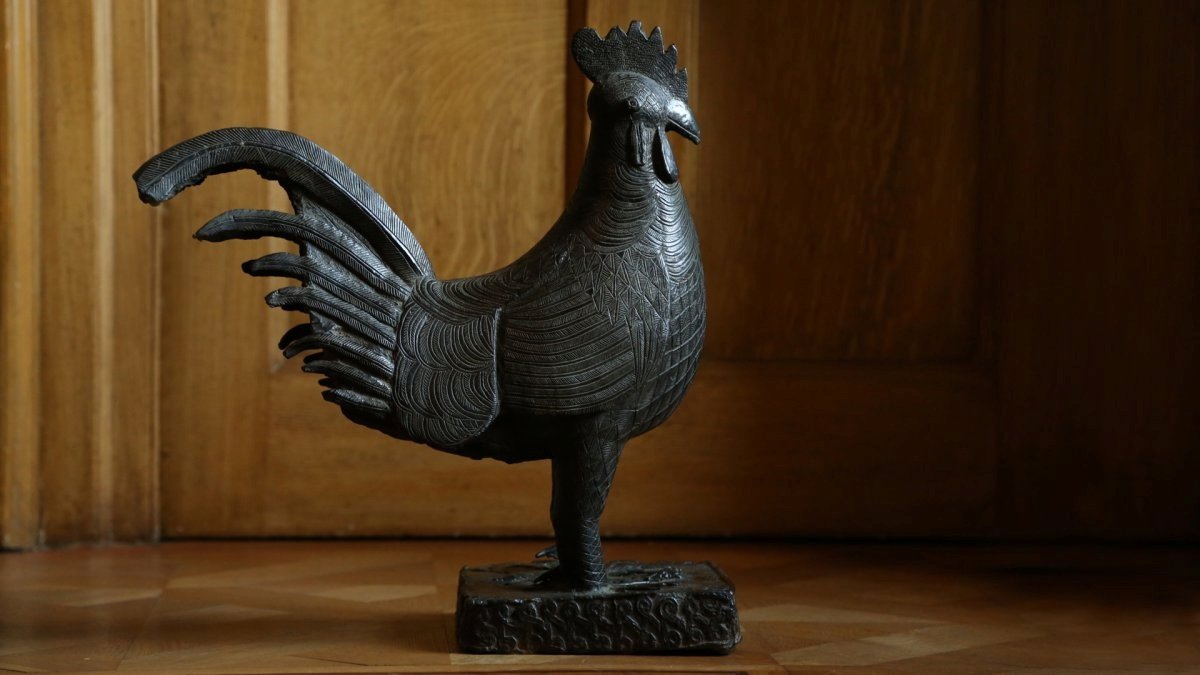 A looted Benin Bronze artifact is pictured in this undated social media image obtained Oct. 27, 2021, as Cambridge University announced it will return the sculpture to Nigeria. (Courtesy of Chris Loades/Jesus College, Cambridge/Handout via Reuters)
by ASSOCIATED PRESS Oct 27, 2021 6:15 pm
RECOMMENDED

Small steps but a step at least: A college at Cambridge University handed over a bronze cockerel to the Nigerian authorities Wednesday. The artifact was looted from Africa in the 19th century and the return of it marks a part of a modest but growing effort in some European countries to return African art taken by colonial powers.

Jesus College is the first United Kingdom institution to give back one of the artifacts known as the Benin Bronzes. British colonial forces took the Okukor statue in 1897 from the Court of Benin in what is now Nigeria – among thousands of artworks stolen by occupying troops – and it was given to the college in 1905.

The college removed it from public view in 2016 after students protested, saying it represented a colonial narrative. The college set up a working group that concluded the statue belongs to the Oba of Benin, head of the historic Eweka dynasty of the Benin Empire. The empire centered on Benin City in modern-day Nigeria.

"We truly hope that others will expedite the return of our artworks, which in many cases are of religious importance to us,” he said when it was announced.

Hundreds of looted Benin Bronzes ended up in the British Museum in London, and hundreds more were sold to other collections such as the Ethnological Museum in Berlin. Germany this year said it would return the items in its possession.

The British Museum said Monday it is working on a collaboration with Nigeria, linked to the construction of a new museum in the West African country, which will allow to "reunite Benin artworks from international collections.” The museum is also in a decadeslong tug-of-war with the Greek government over restitution of the Elgin, or Parthenon, Marbles.

Meanwhile France next month will hand over 26 colonial-era artifacts it stole to the government of Benin – some of the estimated 90,000 African artworks still held in French museums.

The wooden anthropomorphic statues, royal thrones and sacred altars from the collection known as the "Abomey Treasures” were pilfered by the French army 129 years ago, and are currently on display in Paris.

President Emmanuel Macron is visiting the exhibit Wednesday with Benin authorities. Macron has called for more such returns, lamenting in 2017 "that a large part of many African countries’ cultural heritage lies in France.”

Such returns are controversial in Europe where many museums hold works misappropriated during colonial times. So far, France has only turned over one item – a sword handed to the Army Museum in Senegal.