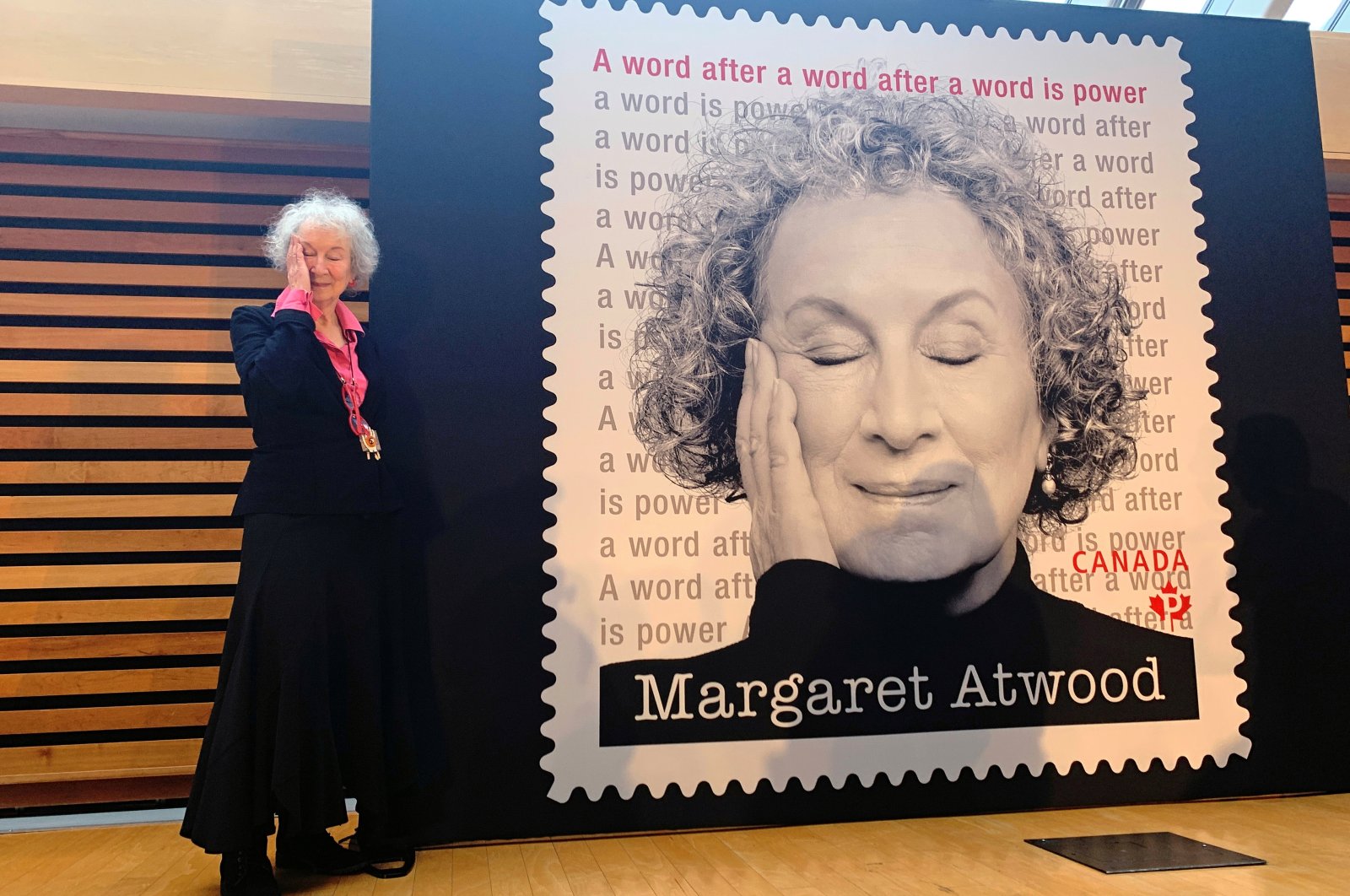 At a ceremony held at a Toronto library, Ottawa-born Atwood reacted with humor to the "unexpected honor," welcoming friends and family, and "those who intend to make fun of me for being on a stamp."

"On a stamp, really, the nerve," she quipped dryly. "How ever will I live it down... How cringe. How eye-rolling."

"Be prepared for a bunch of jokes about licking and sticking, not to mention cancelation and especially not to mention philately," she said, recalling her childhood collection of stamps ripped off envelopes pulled from trash bins.

Atwood also used the unveiling to advocate for causes, recounting a friend's vow to slap the stamps with her likeness on letters to lawmakers in Canada and the United States, calling for action on climate change and an end to gender discrimination.

The award-winning writer has 50 works to her credit, including novels, short fiction and poetry, and has sold millions of books translated into more than 30 languages.

"The Handmaid's Tale" – about a totalitarian regime that forces fertile women to reproduce for barren elite couples – was published in 1985 but remains relevant, and in the public consciousness thanks to Hulu's Emmy-winning television adaptation.