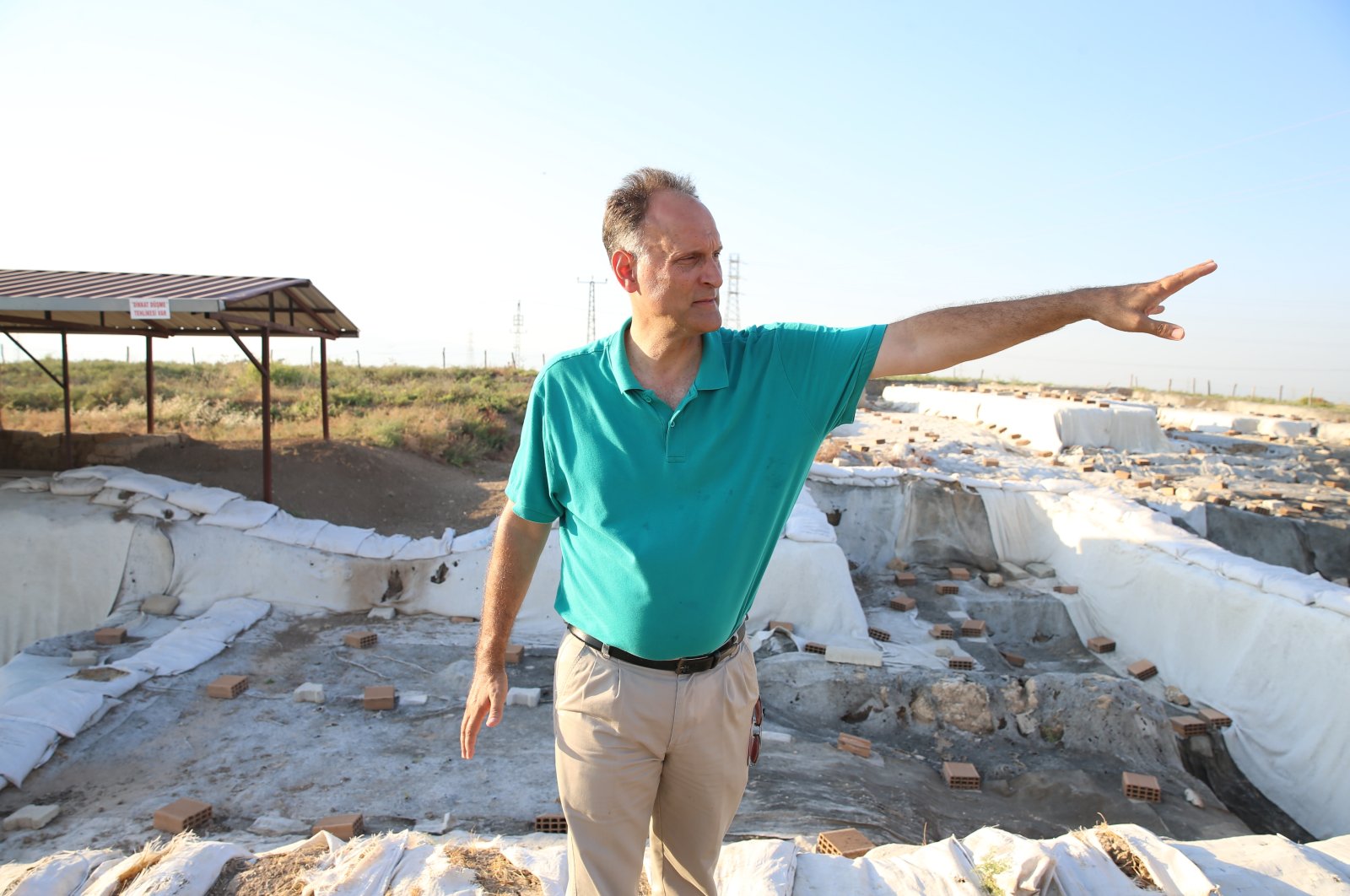 Dedicating his life to tracing the history of humanity, Canadian archeologist Timothy Harrison has been conducting excavations at the archeological site of Tell Tayinat in the Reyhanlı district of Turkey’s southernmost Hatay province since 2004. A tell refers specifically to an ancient mound in the Middle East composed of the remains of successive settlements.

The archeologist from Toronto University, who obtained his doctorate from the University of Chicago, has unearthed numerous artifacts over the 17 years he has been working in these Anatolian lands. He has spent almost four decades conducting archaeological fields studies in countries of the Levant, which in addition to Turkey would also include Syria, Israel, Lebanon and Jordan.

Harrison visits Turkey each seasonal excavation and conducts meticulous work with his team to unearth findings that can shed light on history.

Among the artifacts that Harrison and his team have unearthed at Tell Tayinat are two statues that are 1.5 meters (4.9 feet) in length belonging to King Suppiluliuma and his wife from the Late Hittite Empire period of the 9th century B.C.

The professor told Anadolu Agency (AA) that he took part in excavations around the world during his 35-year career and said he takes great pride in presiding over excavations in Tell Tayinat.

Noting that his team has recovered numerous artifacts ranging from treaty cuneiform tablets to statues, he said archeologists and students from Turkey, the U.S., U.K., Germany, Belgium, France and the Middle East also participate in excavations.

"As a result of our meticulous works, we have unearthed temples, statues, palaces among other innumerable artifacts," he said. "If ceramics, botanical findings, organic residuals are counted too, the number of findings amount to thousands."

Some of these finds are on display at the Hatay Archaeological Museum, while others are kept in the excavation stores, according to Harrison.

The archaeologist said he wants to participate in excavations in Tell Tayinat as long as he lives. "Only little of the mysteries and artifacts on this tell have been unearthed yet. The excavations here will continue for many years."

He also said King Suppiluliuma's palace is believed to have been under a factory in the area, and the team wants to uncover the palace during upcoming excavations.