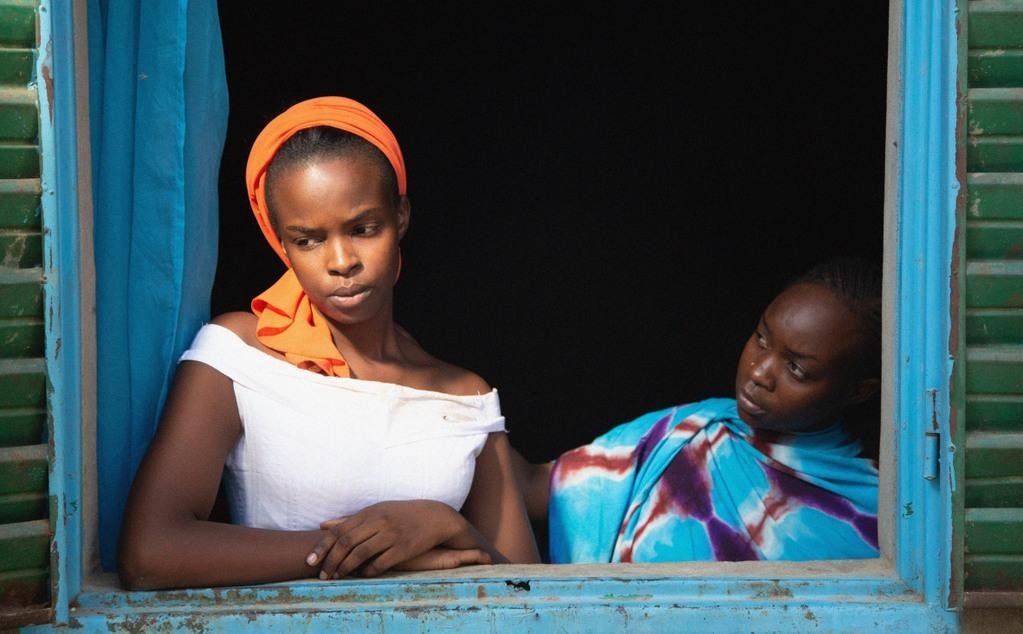 Following last year's scaled-down affair amid the coronavirus pandemic, the 74th edition of the Cannes Film Festival is finally getting underway after being delayed from May to July. This year, 24 films will vie for the Palme d'Or, to be decided by a jury headed by Spike Lee, the first black person to ever hold that position. Here is the slate of the competing 24 films.

“Annette” by Leos Carax, France: Adam Driver and Marion Cotillard star as a glamorous celebrity couple whose lives are upended by the arrival of their first child.

The first film in a decade from auteur Carax is also the first in English from the eccentric French mind behind arthouse favorites “Holy Motors” and “The Lovers on the Bridge.”

“The French Dispatch” by Wes Anderson, the U.S.: Film fans can never get enough of Anderson, and his latest quirky bauble can be counted on for more obsessively curated sets and shots, 20th-century nostalgia, family disharmony and Bill Murray.

Plus, it offers more megastars in Anderson’s menagerie in the form of Timothee Chalamet and Benicio Del Toro, and a set-up featuring foreign correspondents in France that is likely to play well with critics at Cannes.

“Flag Day” by Sean Penn, the U.S.: Star actor Penn again steps behind the camera for a film about a conman whose daughter struggles to come to terms with his choice of profession. Penn stars alongside his own daughter Dylan, as well as Josh Brolin.

“A Hero” by Asghar Farhadi, Iran: Iran’s lauded director Farhadi has worked in multiple languages but returns to his homeland for his latest, details of which are scant. He has won awards all over, including Oscars for “A Separation” and “The Salesman,” which also won best screenplay at Cannes.

“Tre Piani” (“Three Floors”) by Nanni Moretti, Italy: Exactly 20 years after winning the Palme d’Or with “The Son’s Room” and nine years after heading the main jury at Cannes, Moretti is back with his first-ever adaptation of a novel, which looks at three families who live on three different floors, in three chapters.

“Petrov’s Flu” by Kirill Serebrennikov, Russia: An alcohol-fuelled stroll by a cartoonist and his friend in post-Soviet Russia brings back childhood memories that get mixed up with the present. Serebrennikov is unable to attend Cannes due to a criminal conviction, widely seen as punishment for his political views.

“France” by Bruno Dumont, France: The gritty director adapts a novel by Charles Peguy, killed in World War I, updating it to chart the fall from grace of a star TV reporter in contemporary France.

“Nitram” by Justin Kurzel, Australia: Following a smash hit adaptation of “Macbeth” starring Michael Fassbender and Marion Cotillard and a less successful adaptation of video game “Assassin’s Creed,” the Australian director looks at events leading up to the Port Arthur mass shooting in Tasmania that led to gun control reforms.

“Memoria” by Apichatpong Weerasethakul, Thailand: Tilda Swinton stars in the slow-burn director’s first film in English. It comes 11 years after he won the Palme d’Or for the dreamlike “Uncle Boonmee Who Can Recall His Past Lives.” Shot in Colombia, “Memoria” follows a Scottish horticulturist as she tries to understand strange sounds in the night.

“Lingui” by Mahamat-Saleh Haroun, Chad: Set in the outskirts of N’Djamena, “Lingui” tells the story of an adolescent whose unwanted pregnancy puts her in conflict with her country’s traditions and the law. Haroun lives in France, but most of his films have been produced in his birth country of Chad, which he left during unrest in the 1980s.

“Paris 13th District” by Jacques Audiard, France: Audiard won the Palme in 2015 for “Dheepan,” but is best-known abroad for “The Prophet” and “Rust and Bone.” His latest is based on three graphic novels by American author Adrian Tomine and set in a mixed neighborhood of Paris. It features four young people who are sometimes friends, sometimes lovers, and sometimes both.

“The Restless” by Joachim Lafosse, Belgium: Starring Leila Bekhti and Damien Bonnard, the film tells the story of a couple under stress due to Bonnard’s character suffering from bipolar disorder, and who do their best to protect their child.

“The Divide” by Catherine Corsini, France: Two decades after her film “Replay” entered the Cannes competition, Corsini returns with a drama about a couple stuck in a hospital that comes under siege during a violent Paris demonstration inspired by the Yellow Vests movement.

“The Worst Person in the World” by Joachim Trier, Norway: A film about love and its complications, Trier’s latest concludes an accidental trilogy of Oslo-based films exploring exclusion and isolation. It tells the story of Julie, turning 30 and looking for answers in a new relationship, only to be let down by reality.

“Hytti No 6” (“Compartment No 6”) by Juho Kuosmanen, Finland: Two strangers – a Finnish woman and a gloomy Russian – share a train compartment winding its way up to the Arctic circle in a road movie set against the backdrop of the 1980s Soviet Union. Kuosmanen hopes to follow the success of his charming, low-key boxing flick, “The Happiest Day in the Life of Olli Maki.”

“Casablanca Beats” by Nabil Ayouch, France-Morocco: Ayouch rocks the suburbs of Casablanca with a film about young people seeking an outlet through hip-hop in an underprivileged neighborhood made infamous in 2003 after a group of radicalized local youth carried out suicide bombings in the city.

“Drive My Car” by Ryusuke Hamaguchi, Japan: An aging, widowed actor looking for a chauffeur ends up hiring a 20-year-old woman. Things go wrong between them at first, but then a special relationship emerges.

“Bergman Island” by Mia Hansen-Love, France: An American film-making couple spends a summer on Faro, the windswept Baltic island that inspired Ingmar Bergman. Reality and fiction start to blur as the weeks pass.

“A Felesegem Tortenete” (“The Story of My Wife”) by Ildiko Enyedi, Hungary: Featuring France’s Lea Seydoux, who features in three of the films in competition this year, Enyedi’s film kicks off with a bet by a sea captain that he’ll marry the first woman who walks in. It follows Enyedi’s Golden Bear win at Berlin in 2017 for “On Body and Soul."