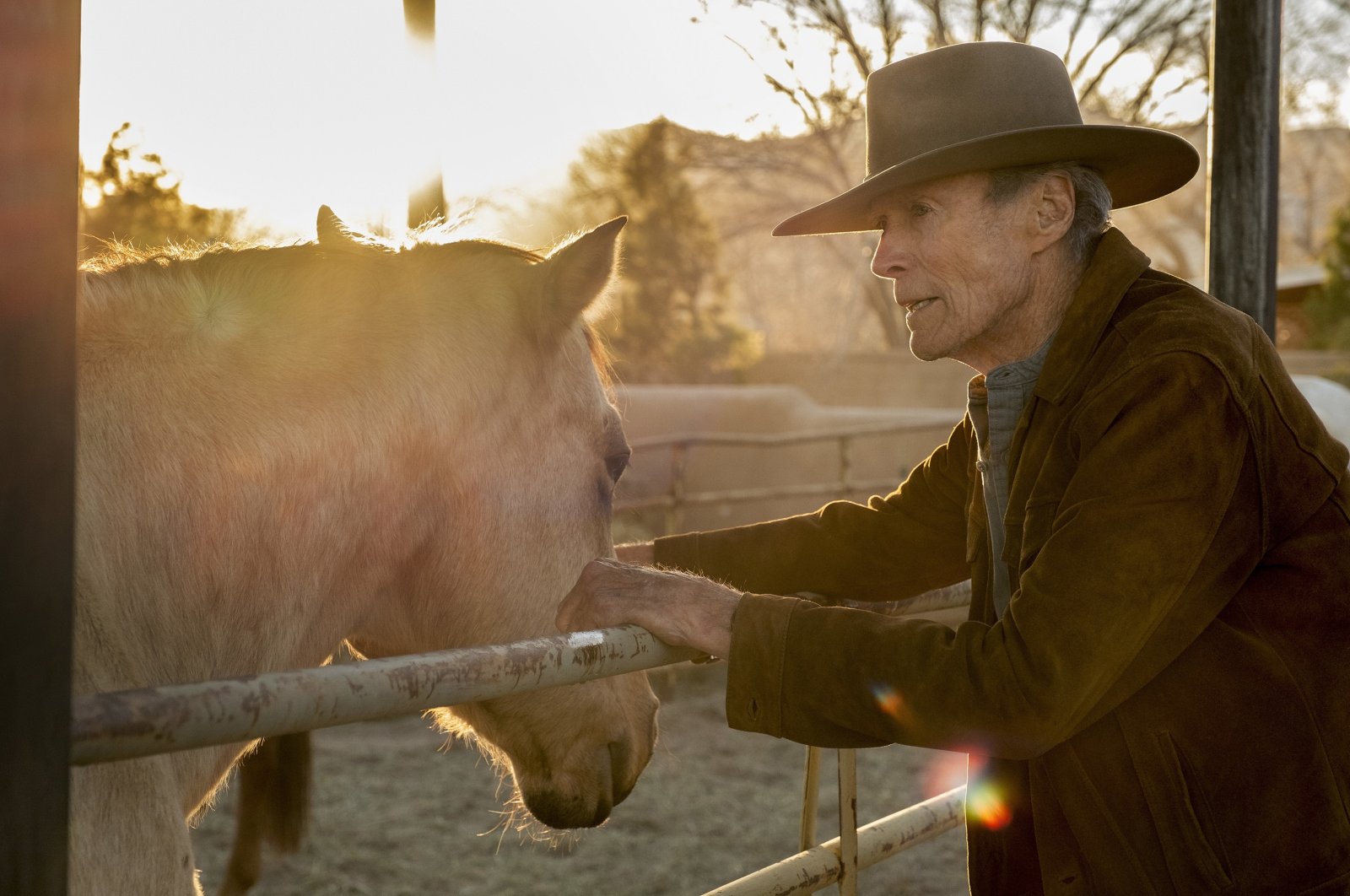 At the age of 91, Clint Eastwood is not just directing but also climbing back in the saddle, and even throwing a punch for his new Western "Cry Macho."

The legendarily prolific Hollywood star has never shown much interest in retiring and appears on-screen in the movie, out Friday, as a former rodeo champion tasked with one last job.

Mike Milo (Eastwood) must travel to Mexico and retrieve his former boss's son Rafo, teaching him to ride horses in the process.

"This picture came along about 40 years ago," recalls Eastwood in the film's production notes.

"I'm too young for this part, why don't I direct it and we'll get Robert Mitchum?" he told a producer at the time.

But with his career now well into its seventh decade, Eastwood decided to take on the role himself – to the delight of long-time collaborator and producer Tim Moore.

"The thing that everybody loves to see is Clint in a cowboy hat and on a horse," Moore told the recent CinemaCon gathering in Las Vegas.

"He hasn't been on a horse since 'Unforgiven,'" he said, referring to the 1992 Oscar-winning film.

"The first day that we filmed the scene of him up on the horse, the crew were just all so excited. It was a special moment."

Eastwood, a multiple Oscar-winner born in 1930, first came to global stardom as an actor in seminal Westerns "A Fistful of Dollars," "For a Few Dollars More" and "The Good, the Bad and the Ugly."

His output as a director since 1971's "Play Misty for Me" has been prolific and diverse, and he has spoken in interviews of his desire to keep working as long as he finds projects that are "worth studying."

While he did announce his retirement from acting after 2008's "Gran Torino," Eastwood returned in front of the camera four years later in "Trouble with the Curve," and again in 2018's "The Mule."

In a trailer for "Cry Macho" – hitting theaters and HBO Max streaming platform simultaneously – frequent references are made to the age gap between unlikely pair Mike and Rafo, who bond over the course of their perilous journey back to Texas.

"I used to be a lot of things," replies Eastwood's Mike.