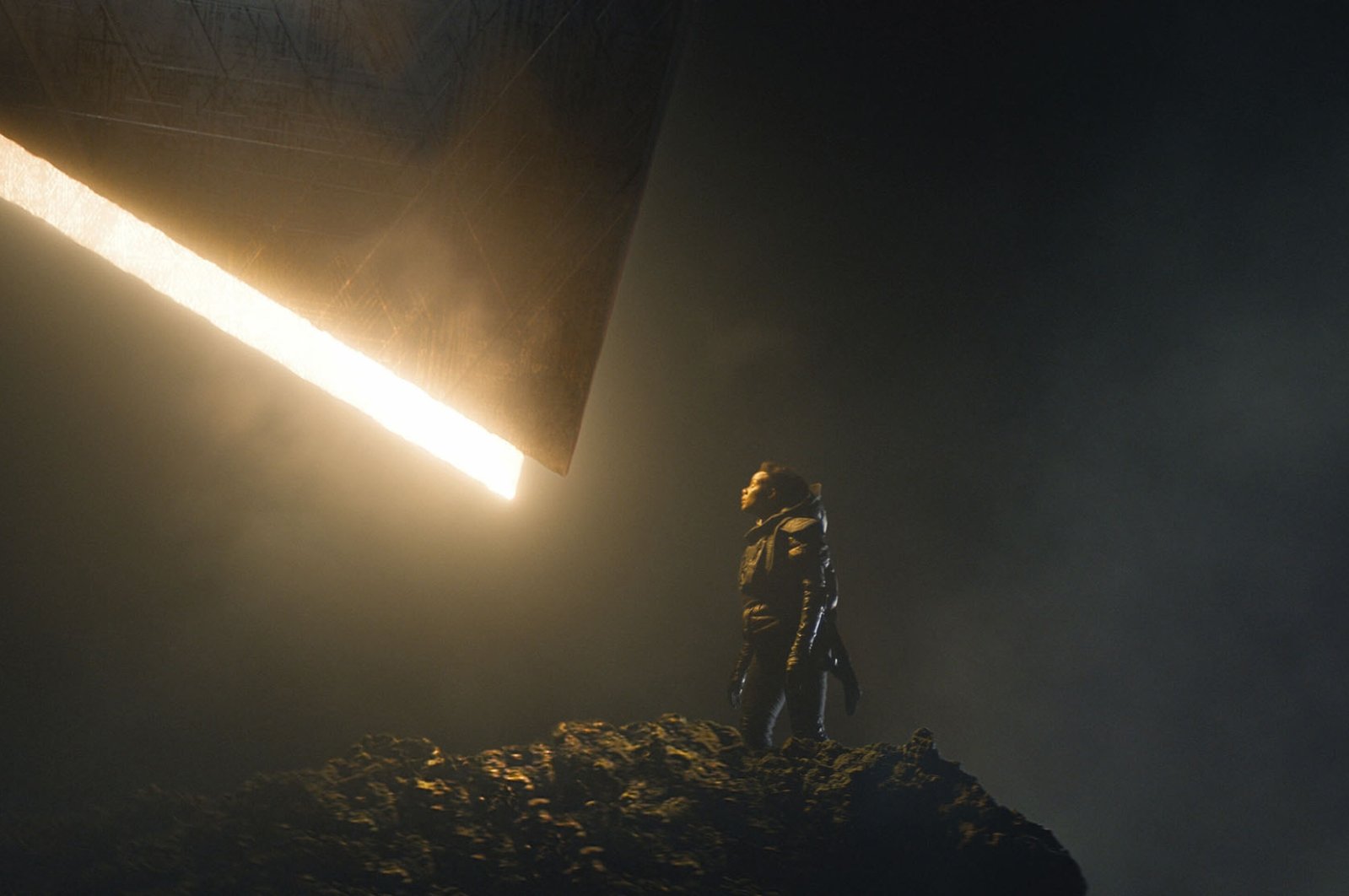 Back in 1941, when Isaac Asimov pitched his idea for a short story set in a slowly declining Galactic Empire, inspired by the fall of the Roman Empire, he probably could not have guessed how enormous, and popular, a project it would become in the end leading to the creation of his book, "Foundation." An enormity which is carried over to the new series with the same name. Unlike most TV dramas, "Foundation" tries to do the book justice and tries to tell a story of 400 years and 25 million worlds.

To say it's sweeping doesn't do it justice. World-building is one thing. "Foundation," a four-year project debuting on Apple TV+ on Friday, is galaxy-building.

"I love being transported in story. I love epics. I love generational sagas. And so I just wanted to go for it," said David S. Goyer, the series' co-creator, executive producer and showrunner.

"Foundation" is built on author Asimov's short stories that he started writing just after World War II as a 21-year-old and have gone on to become a cornerstone of the sci-fi genre. The series is ambitious enough to redefine sci-fi onscreen.

The saga begins 12,000 years in the future. Under the rule of the Galactic Empire, humanity has spread to the far corners of the galaxy and it has been peaceful, though authoritarian. Brilliant scientist Hari Seldon (played by Jared Harris) has discovered a mathematical theory that proves the empire is crumbling. Is he right? "Do you trust the math?" he asks.

"When you got a character who can predict the future, the question is, 'Is he predicting the future or a possible future? And in a world where you can predict the mass movements of civilization, does one person's will matter? Do I matter in the broad scheme of things? Does it matter what choices I make?'" Goyer asks.

Visually stunning and inventive, the series explores the trade-offs between individual liberty and the dangerous safety of dynastic rule, the notions of fate and free will, and extremism and dissent.

It's a series that puts science and math at the center of life, streaming into homes at a time when the facts of science are being challenged everywhere. "Math is never just numbers," goes one line in the show. "In the wrong hands, it's a weapon. In the right hands, deliverance."

Our guide is a gifted mathematician Gaal Dornick (actor Lou Llobell), who leaves her distant planet to go to the home of the empire and is as wide-eyed as the folks watching at home on their couch.

"I think she's an ally for the audience," says Llobell, whose character was male in the books. "I think that's quite a cool tool for the audience to kind of feel like they have someone that they can trust and follow and learn about all these worlds."

Goyer, whose screenwriting credits include "The Dark Knight" and "Batman Begins," had been offered the chance to adapt Asimov's "Foundation" earlier in his career as a feature film but turned it down. Back then, the notion was to condense it. His new 10-part series goes the opposite direction.

"I was excited about the possibility of having enough real estate so that I could expand it and expound upon it," he says. "It was the most ambitious thing I ever attempted even prior to the pandemic, and then once the pandemic hit, it just became so monumental that it was almost funny."

The look of the series is bold and arresting, mixing old and futuristic. There are laser cannons and yet flickering candles, Roman Empire-inspired costumes and biohacking. Simple water jugs sit beside hologram devices. It might be a time of massive space ships, but their commanders might sip from old-timey liquor flasks. Goyer says he wanted a classic, timeless feel.

"I wanted the show to be very cinematic. I didn't want to film a bunch of it against green screen. I wanted to get out in the world. We filmed about 60% of it on location in six different countries. That was really important to me because I wanted it to be visceral and textural."

The series jumps back and forth in time – centuries and decades can flash forward – and Goyer did not want to lean on pre-existing props. Even basic items were rethought, like ingenious-looking wine glasses with the liquid filling the hollow stem.

"There's nothing that we can go to a store and just pick off the shelf. We had to manufacture everything and I mean everything," he says. The show also had to solve its own scientific problems, like how to fold space. The answer: Each spacecraft needed to generate its own black hole.

Llobell recalls filming on a soundstage in Limerick, Ireland, where the design team had built a replica of her character's water-covered planet. "You walked in and you smelt the ocean. You could smell fish and algae and it stank," she says. "It was amazing because you were there."

It turns out her character's water-covered planet wasn't always so wet. The population there is going through a dark age where knowledge is forbidden, leading to warming and rising seas.

Actor Leah Harvey plays the warden of a city on a planet at the farthest edge of the galaxy. Harvey laughs that despite all the high level quantum calculations, many in the galaxy refuse to acknowledge the truth.

"So many people can't understand it, but they question whether or not it's true. And that is definitely a relatable thing in this world at the moment," Harvey says.