'A Quiet Place' sequel still scares without repeating itself 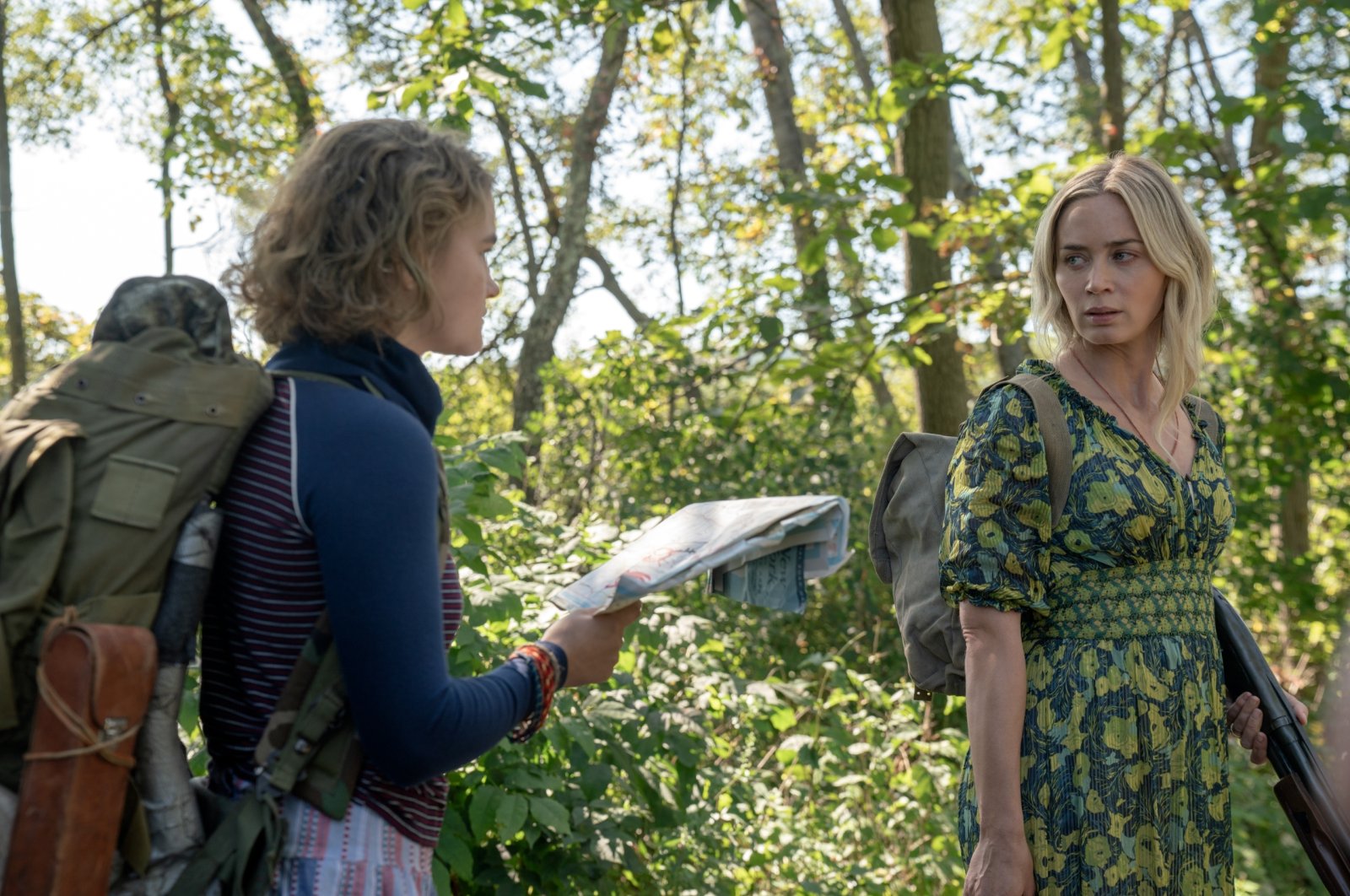 The horror movie "A Quiet Place" was a major box office when it hit the big screen three years ago. Thanks to its alien characters with ultra-sensitive hearing in a post-apocalyptic world, the movie made the cinema-goers bite their nails and try not to make a sound.

With a relatively small production budget of around 20 million dollars, John Krasinski's horror grossed over 340 million dollars worldwide. A sequel was therefore only a matter of time.

After some initial skepticism, screenwriter and director Krasinski, who also played one of the main roles in the first film, was persuaded to make "A Quiet Place Part II."

Despite his on-screen death in the first film, he also stars in the sequel, as the thriller starts with a flashback.

A year before the events of "A Quiet Place," the world of Lee Abbott (Krasinski), his wife Evelyn (Emily Blunt) and their three children is still normal. Only the audience knows about what's about to come.

They live the perfect life, attending their son's baseball game in their small suburban town, before a huge flaming object appears in the sky, bringing chaos and death.

After this brief but action-packed flashback that sets the mood, "A Quiet Place Part II" picks up where the first film ended.

Teenage deaf daughter Regan (Millicent Simmonds, who is deaf in real life) realized that the sound-sensitive creatures can be kept at bay by the high-frequency feedback emitted by her cochlear implant and – if they open their alien auditory canals – can be killed with a gun.

The remote farm where the Abbotts had been living up until now is destroyed, and supplies are running low. So Evelyn sets off with the children Regan, Marcus (Noah Jupe, who has aged noticeably from the first film) and the baby – which Evelyn gave birth to in a nerve-wracking scene in the first film – to a remote factory.

There they stumble upon their old friend Emmett (Cillian Murphy), who has lost his entire family.

From then on, the horror film features two parallel storylines: Regan sets out on her own to find a radio tower from which a hopeful signal is being transmitted, with the initially dismissive Emmett soon following her. Meanwhile, Marcus tends to the baby while Evelyn fetches new supplies. It's pretty clear that not everything will go according to plan and that the terrible creatures will reappear sooner or later.

"A Quiet Place Part II" is more action-packed and its settings larger. But at its core, Krasinski relies on the successful formula of the first film, once again focusing on a few central characters in extreme situations. Again, the director uses the alternation between silence and noise purposefully. For example, in scenes featuring Regan there is no sound at all. The film's silence creates tension, with viewers constantly afraid of the next noise, and the loud moments and action scenes seem all the more powerful as a result.

There are plenty of other things in the film that have viewers biting their nails: a bear trap, an air-tight bunker with a hatch that cannot be opened from the inside, a colony of survivors and a car ride with an unwanted passenger. The film doesn't resort to horror cliches such as human blood or gory violence.

Similar to the science fiction horror classic "Alien" and its action-packed sequel "Aliens," Krasinski continues the story in a consistent and action-heavy manner, without repeating himself too much. While in "A Quiet Place" the audience had to wait to see the aliens, in part two they are present from the beginning. There's nothing about the origin of the aliens, which is OK – too much background information would only harm the magic and the suspense.

The film is excellently cast, and it's not a sequel that was created just to cash in on a name. "A Quiet Place Part II" is just as efficient as its predecessor and once again gives the audience 90 minutes of nail-biting cinema, with only a few scenes to take a breather.

The one-time comedy star Krasinski, who is married to his British leading lady Blunt, is quietly (pun intended) making a name for himself as a true horror specialist. Let's hope that the 41-year-old can be persuaded to make another sequel. Because, without giving too much away, "A Quiet Place Part II" is crying out for a part three.