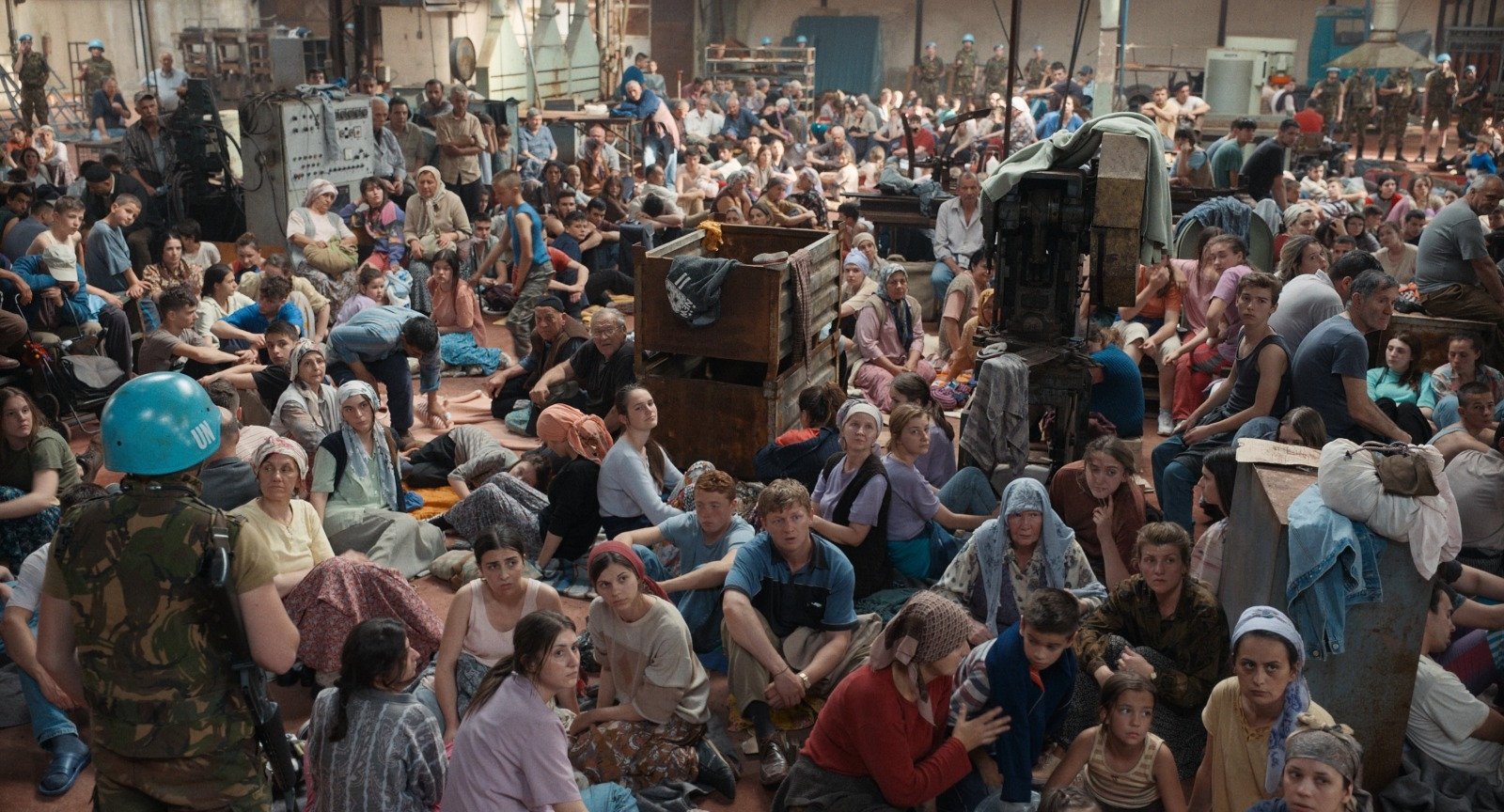 A cultural center director in the city of Novi Pazar in Serbia has encouraged cinemas to screen "Quo Vadis, Aida?", a movie about the massacre of 8,000 Muslims by Bosnian Serb forces in Srebrenica in 1995, across the country.

More than 1,000 people watched the movie, named Best Film in the 2021 European Film Awards, in two screenings in Novi Pazar on Tuesday – the first time it had been shown in any part of Serbia.

"The tickets sold out in an hour and a half," said Husein Memic, whose center showed the movie. "We are appealing for the film to be screened across Serbia; it's absolutely senseless for it to play only in Novi Pazar."

Jasmila Zbanic's movie has also not had a public showing in Bosnia-Herzegovina's autonomous Serb Republic, which has thrown the country into turmoil by opposing a law making it an offense to deny that the Srebrenica massacre constituted genocide.

Both Ratko Mladic, commander of the Bosnian Serb forces in 1995, and Bosnian Serb political leader Radovan Karadzic were found guilty of genocide by the International Criminal Tribunal for the Former Yugoslavia for their roles in the Srebrenica massacre.

Zbanic said many cinemas and distributors in other parts of Serbia and in Bosnia-Herzegovina's Serb Republic had wanted to show the film but feared recriminations or reprisals.

"My intention was never to divide," she said.

"My intention was to tell the truth, and for people who don't know about Srebrenica or who even deny Srebrenica to sit and watch it as a movie about a mother who wants to protect her two kids. Because that's what happened there."

Boris Isakovic, who plays Mladic in the movie, said he was disappointed that it was being viewed through a political lens, not as an artistic creation.

"It is clear that (the showing of) this film has been censored," Isakovic said. "But that says a lot about the power of film: that it is a powerful weapon through which stories can be told."