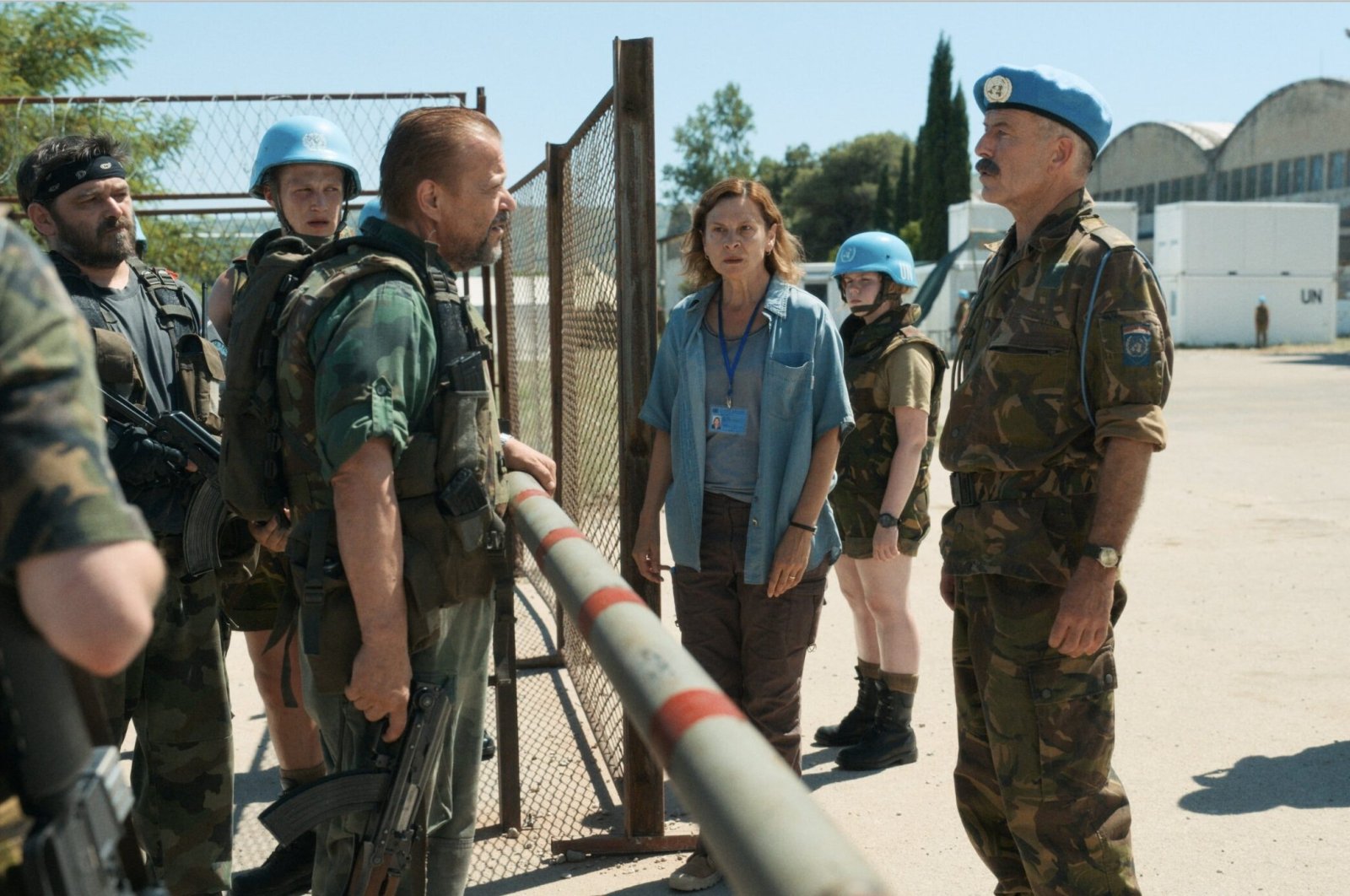 Bosnia and Herzegovina, which was one of Yugoslavia’s six republics, achieved its independence in 1992. Unlike other republics, Bosnia is ethnically too diverse and often witness ethnic clashes followed by hard-line nationalism from Bosnian Serbs and Croats for secession. Eventually, ethnic rivalry followed by religious hatred resulted in the genocide of Bosnian Muslims in Srebrenica town. Men, usually young ones, and children were executed while women were systematically raped by the Serbian forces. It remains one of the worst human catastrophes in the history of Europe since World War II.

“Quo Vadis, Aida?” is a war movie written and directed by Jasmila Zbanic. Co-produced by Turkey's public broadcaster TRT, the movie was nominated by Bosnia-Herzegovina for the best international film at the 93rd Academy Awards. The production has been chosen for the International Feature Film category of the 2021 Oscar shortlists recently.

“Quo Vadis, Aida?” begins with a heated argument between Colonel Thom Karremans (U.N. commander) and Bosnian Mayor, concerning Srebrenica. Although the town was declared a “safe zone” under the U.N. resolution, 819 Serbian armed forces continue cordoning and bombarding it. Colonel Karremans reassures that the U.N. and NATO promise air strikes if Serbian forces violate the formal U.N. ultimatum. However, negotiations end with Colonel Karremans words that he is just a piano player (a messenger) and can do only whatever is in his capacity with the translation of Aida Selmanagic, a Bosnian woman working as a translator for U.N. forces and present on the negotiating table.

The movie unfolds events of one of the darkest days when Serbian armed forces started heavily shelling the Srebrenica, a so-called “safe zone.” Thousands of people are seen leaving their homes behind and taking refuge inside the U.N. compound whereas other thousands are left out into an open ground without any food and water. At least 4000-5000 thousand civilians are kept under the protection of U.N. soldiers in their base. Moreover, the movie depicts that Dutch U.N. peacekeepers are not willing to fight Serbian aggression and rather to hold hostage.

It is seen that the lack of interest in the international community for taking timely strict measures, leads to the loss of thousands of innocent civilian lives. Bosnians civilians who are still hiding inside the U.N. compounds are forcibly taken by General Ratko Mladic, the Serbian commander better known as the “Butcher of Bosnia.” He keeps U.N. soldiers busy by fixing a deal with them, along with three Serbian representatives, who are also powerless civilians. Mladic assures that the innocent civilians will be protected and taken back to safe areas. He says that he wants to help civilians of Bosnian however he demands that all armed men should hand over their weapons to the Army of Republika Srpska, commonly referred to in English as the Bosnian Serb Army.

Finally, an evacuation plan for civilians is finalized, Mladic will provide transport, guaranteeing the safety of all innocent people, and U.N. will escort them. Beside Mladic tells Colonel: “you tell your Minister of Defence that your army is safe hence Serbian troops need not be attacked.” Within a few hours of the deal, Mladic’s send his army to U.N. base looking whether any Muslim soldiers are hiding inside. Clearly, he knows what he is going to do with the Muslims of Bosnia and how to execute his plans accordingly.

Mladic also arrives with his forces and carries thousands of people forcibly into buses and trucks, men and women separated from each other. The evacuation plan is yet to be finalized by U.N. soldiers and civilians are not even registered. Serbian forces take around 200 men interrogating them behind the U.N. base and kill them. Mladic says that he will take civilians to Klandanj, which was under the control of the Bosnian army. Instead, 200 men are taken to an unknown place of mass execution. The plot is already fixed to conceal the mass execution from the international community.

Along with the story of the Srebrenica massacre, the movie also shows Aida’s failed attempt to save her husband and two sons, named Hamdija and Sejo, from the clutches of Serbian soldiers. Aida is well familiar with Serbian brutalities and tries selflessly to save her family. She wants to shoot on the legs of her sons so that they can be admitted amongst the wounded people thus preventing them to send to Klandanj. However, it is revealed that three trucks of wounded people have already left the base but not a single person has reached the hospital.

Then, she tries to hide them inside the Dutch convoy truck wherefrom they are taken out. Unfortunately, Aida’s family also gets into the clutches of Serbian soldiers, and are transported along with the rest of the people and killed.

Towards the end of the movie, we can see Aida identifying the remains of her sons killed by Mladic. The movie reflects the darkest scenario of ethnic cleansing of Bosnians especially people with lived experiences of conflict.

This subject has been reflected already through movies, documentaries, memorials and books but Zbanic’s screenplay takes its viewers into the full nightmare of Bosnia. It has brilliantly portrayed the nationalist aggression of Serbian forces orchestrated by their regime. Moreover, the production does not only narrate the story of Aida, but hundreds and thousands of victims of Srebrenica killed on July 11, 1995.

This movie is a heart-wrenching story and a remarkable contribution released around the 25th anniversary of the Srebrenica massacre and the Dayton Peace Agreement, signed by the presidents of Bosnia, Croatia and Serbia at Wright-Patterson Air Force Base in the U.S. to end the three-and-a-half-year-long war between the former Yugoslav republics. The film also features Serbian actors, Jasna Duricic as Aida and Boris Isakovic as Ratko Mladic with their stellar performances.