French politics of the flesh in Cannes winner Ducournau’s ‘Raw’ 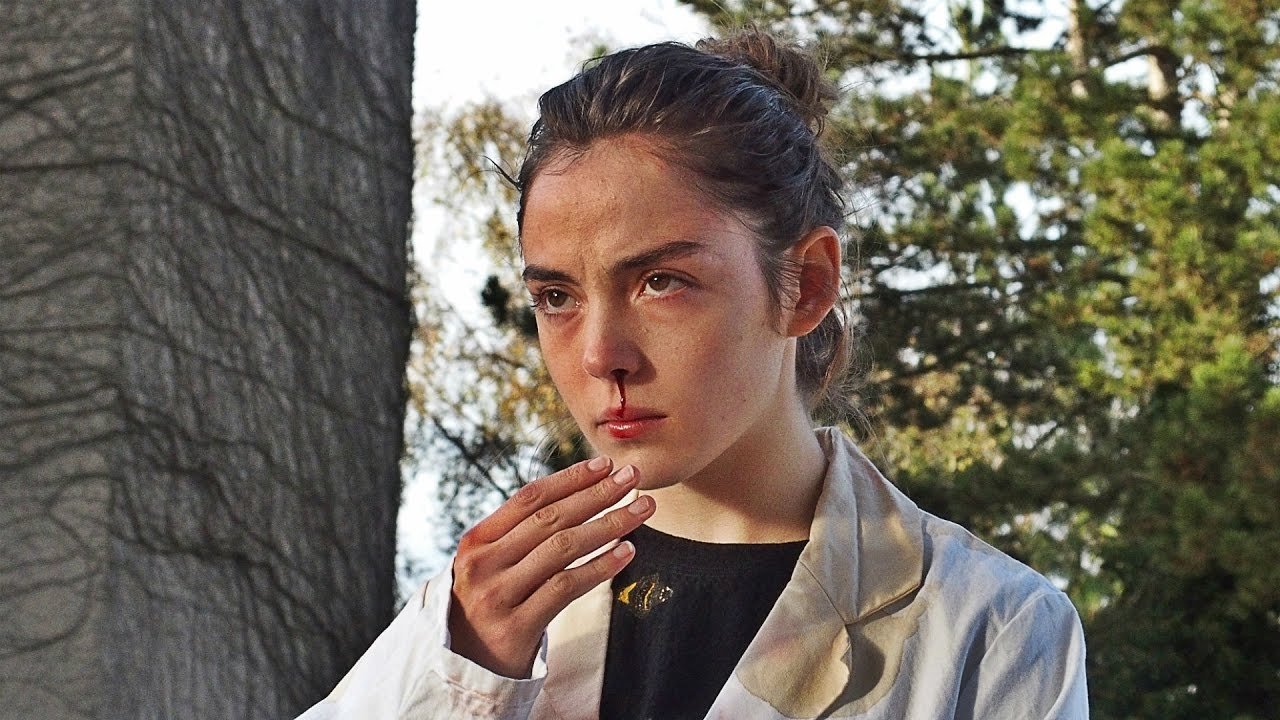 To understand what charmed the Cannes jury in Julia Ducournau’s “Titane,” one can turn to her 2016 film “Grave” (“Serious”), publicized in English as “Raw,” possibly to attract horror film lovers with a darker name, and even suggest a kinship with the successful series “Saw.” There is, indeed, much sawing of flesh in this film, however, the atmosphere immediately invites a metaphorical and political reading. It would be a pity if those interested in contemporary France missed out on it, because, they, like me, think the horror genre to be a no-go area. For those of us, it is a film to be enjoyed on a small screen.

“Raw” opens with a wide shot of the French countryside where a slim figure in the distance seems to cause a car crash willingly and then walks toward the bungled-up vehicle. It doesn’t take a minute, but Ducournau has already told a whole story, particularly when coupled with the film’s English title. Here’s a girl who has hunted down “raw” flesh and is about to get her quarry. “Raw,” then, will be the back story of how the girl got to be there.

The scene then switches to Justine traveling with her overbearing parents, and in the close space of the car, it is clear all is not well. There are already hints of Michael Haneke’s middle-class angst here, with the wife seeming to be fawning over the husband, leaving the daughter somewhat alone. The tension mounts when they stop for lunch. Justine’s (and with this, there are shades of Lars von Trier’s “Melancholia”) plate of mashed potatoes seems to have a meatball in it. She spits, almost vomits it out – we are getting ready early in the film for convulsions and expulsions of the body. The following conversation among the three members of the family doesn’t make it clear if Justine has an allergy to the meat or if she is vegetarian by choice. We seem to be in a situation where a family has decided on the diet of their children. This being the Francophone world, of course, the moment becomes instantly political and a metaphor for many other things. Do parents have the right to withhold meat from their children? Do parents have the right to stop them from eating pork or drinking alcohol? Can parents encourage their girls to put on a hijab? Can they decide not to send them to mixed swimming lessons? Can they decide whether their sons will be circumcised?

Finding your way at a French university

Whichever way she may have been raised, Justine is now going to university to become a vet, so she can decide on her lifestyle. She is supposed to be received by her older sister Alexia who’s already studying there but she never shows up on her arrival. The father is incensed and does not wait for Alexia to appear and drives off. Yet more signals that not all is well with this family. Justine manages to connect with her sister only during a rave held in the middle of the night where the “rookies” are supposed to go crawling on all fours – a rude introduction to the fact that they will be looking after animals their whole life. The way they are roused from their beds is nothing short of a raid; it mimics the scenes of Jews being herded into wagons with whatever they have on familiar to us from World War II films. There is a lot of shouting and swearing and letting the rookies know they have to act exactly as their seniors tell them to. At this point, the audience has to rethink their assumptions about university being the place where young people are allowed to decide on their own preferences.

The party reveals that Alexia, as a senior, has bought into the senior-rookie power structure and it is clear that Justine is feeling alienated. The struggle starts in earnest when the next day, after having been doused in animal blood, the rookies are forced to gulp down random parts of animals. This is when I wonder about the genre of the film, and think we are within the bounds of the fantastical. When Justine refuses to gulp down a small rabbit organ, they have a face-off with Alexia, and she has to comply in order not to be ostracized. There are several scenes where the newcomers are indoctrinated, one in which they chant what seems to be a perverted version of a veterinary’s oath, which sounds like an updated version of Marseillaise.

I do not know how French dorms function, but apparently, when Justine asked for a female roommate, they coupled her with a gay man. This is surely part of the fantastical aspect of the film, isn't it? The school is overwhelmingly white, but Adrien seems to be of North African descent – a fact underlined at the school cafeteria where Justine warns Adrien that he has taken the pork dish. He may have abandoned his religion’s rules on sex, but he is still expected by the white French girl to obey the dietary laws. And who can blame her because this is almost always the case with people brought up as Muslim. (Adrien responds to the warning with a prompt: "So what?") Is this a way of saying that what we put into our bellies defines us more than anything else? In a film about how to slaughter and what meat to eat, this seems to be a very appropriate emphasis. I am of course also wondering where the hijabi student is in all these rituals if indeed, hijabis are allowed into this French university. And one does appear momentarily toward the end of the film. She might have escaped the rave by not living on campus, I conjecture. There are lessons for us all in this film.

When Justine develops a terrible rash in her abdomen, I am not quite sure whether this is a standard reaction of someone having been raised vegetarian for some 18 years to having gulped down meat. The more evident reading is that continuous discursive violence Justine receives from the “seniors” seems to have translated into physical injury. The threat of violence from her elders reaches its peak when Alexia forcefully tries to remove Justine’s body hair – a scene that plays very close to circumcision. Alexia trying to make Justine conform to the school’s standards of beauty doesn’t go quite according to plan. It is the best message I can glean from the film so far: it never pays to try to impose your standards on women’s (body) hair. This scene is also where Justine becomes a fully-fledged human flesh-eater.

After this moment of “coming of age,” the story revolves around the enmity between the two sisters who seem to share this dietary lust not to be found in any other student. This then makes us question the family once again, meat being banned from their diets, and possibly things much more sinister. As we try to work what these sinister things might be through the clues that Ducournau throws at us, the people who come in contact with the sisters suffer. Ducournau has decided to make Adrien the collateral damage, as brown bodies must always suffer for the self-knowledge of white ones. Here, I am reminded of Haneke once again, this time of “Cache,” where French secrets of the past need north African sacrifices to be revealed. With such a story-telling technique, striking imagery, and political undertones, I understand why Ducournau has won Cannes. I feel I can now take on “Titane,” but judging by the trailer, again, on a small screen.