From child laborer to Oscars: Unorthodox story of Indian Vinothraj 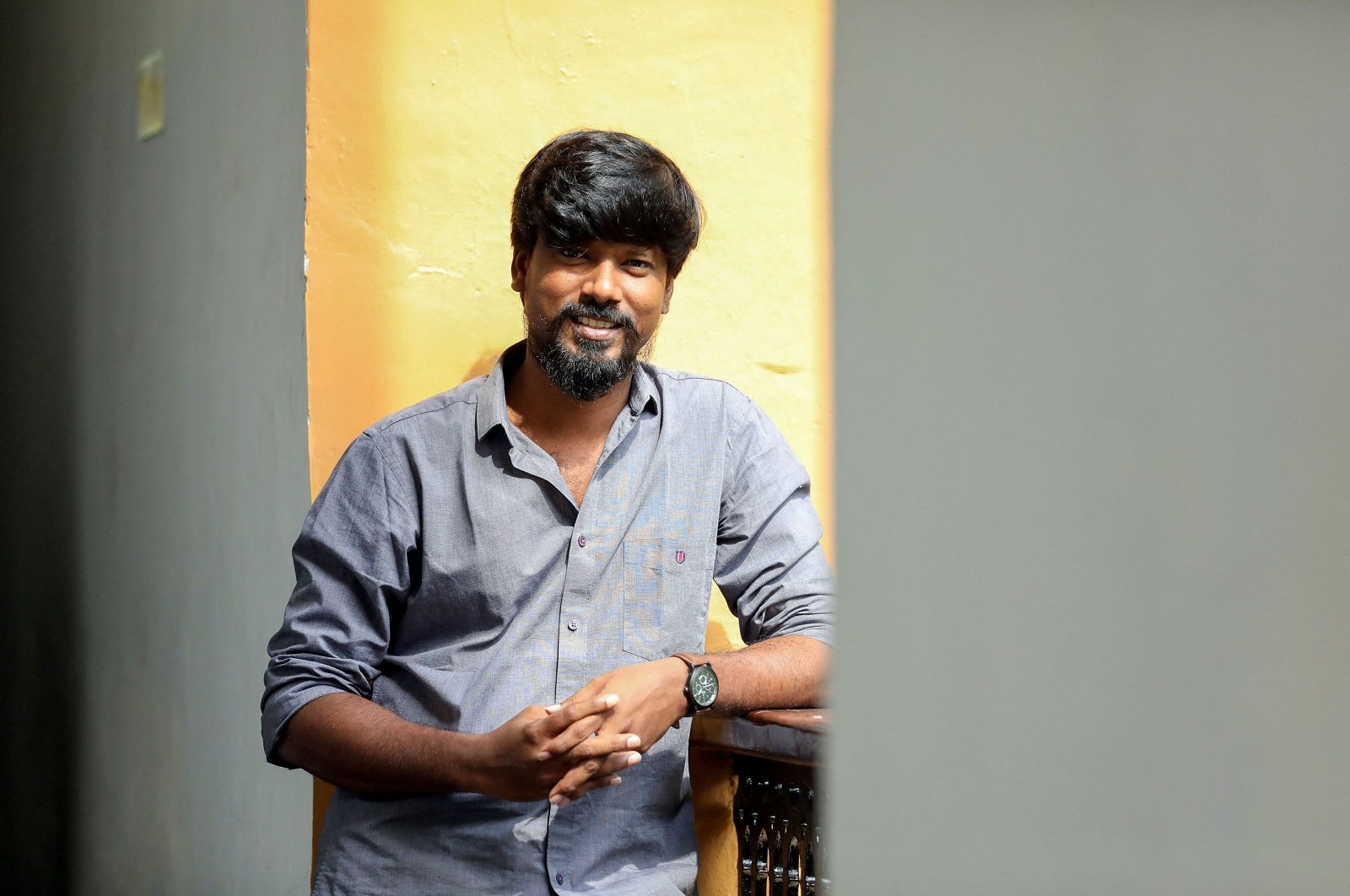 In this picture taken on November 27, 2021, film director P.S. Vinothraj poses during the 52nd International Film Festival of India in Panaji. (AFP)
by French Press Agency - AFP Dec 13, 2021 9:15 am
RECOMMENDED

Every director has a different story about how they ventured into the cinematic world. The account of P. S. Vinothraj, who has become India's latest cinematic sensation, is a bit unorthodox, to say the least. Working as a child laborer selling flowers in his early years and admiring camerapersons riding huge cranes during film shoots, he worked his way up to become a director himself. His low-budget debut movie "Koozhangal" has been selected as India's entry to the international feature film category at next year's Oscars.

The 32-year-old drew from his family's battle with poverty and his sister's experience of marital abuse to tell the story of an alcoholic father and his young son walking through a barren, unforgiving landscape in his home state of Tamil Nadu, in his "Koozhangal" – internationally known by its translated title "Pebbles."

"My real-life experience gave me toughness and has helped in this film. That kind of life has become the film," Vinothraj told Agence France-Presse (AFP).

The result is an observational drama Indian critics have described as a "masterpiece" and a "sensational debut... that is evocative, visceral and powerful."

It won the Tiger Award at the International Film Festival Rotterdam, with the jury saying the "seemingly simple and humble" effort was a "lesson in pure cinema."

Vinothraj joins an emerging movement of Tamil directors – many from disadvantaged backgrounds like his own – addressing societal inequities through the voices and lives of everyday people.

Had it not been picked up by the festival circuit his original plan was to show "Pebbles" in the villages where it was shot – with fewer than 40 actors and crew.

It is the culmination of the young filmmaker's long journey to the big screen.

He started selling flowers in Madurai at the age of 9 to support his family after his father died.

"So much has happened in my life and those things have made me ready for this," he said through a translator.

"I don't speak English nor do I have an education. Life's journey has taught me everything. Those are the metaphors in the film – that is life's journey."

Vinothraj worked throughout his childhood and teenage years, moving to different towns and cities.

At one point, he was a laborer at a textile company in Tiruppur, where he "witnessed many people's lives being ruined in front of my eyes" over personal and financial woes.

"Some got married very young and went through multiple struggles. All of that stayed with me, wanting to express those struggles."

Believing that education could help him fulfill his dream of becoming a director, the aspiring auteur tried to go back to school but was told he was too old.

He eventually moved to the state capital Chennai and broadened his cinematic knowledge by watching movies while working at a DVD store, before getting work as an assistant on short films and in the theater.

As he sought ideas for his first feature film, Vinothraj's sister walked through the door of the family home, crying, her 2-year-old child in her arms.

She had been forced out of her marital home by her husband and made the 13-kilometer (8-mile) journey back on foot.

"I had pain and I wondered why real life is such a struggle. And I realized, I am in cinema – that's my tool. I can talk about my pain through cinema."

The father-and-son journey in "Pebbles" is told through the eyes of the child, while Tamil Nadu's harsh rural environment and the toll it takes on his characters is a central theme of the film.

The title comes from a synonym Tamils use for hills and the stones country-dwellers put in their mouths to ward off thirst on long journeys.

"To know that this film has won the Tiger Award and is being sent as India's entry to the Oscars, I feel very proud," Vinothraj said.

"Watching this film with an audience that has been so supportive, it feels like a big celebration for me."

His next project is also inspired by a family situation, and he wants to keep making "simple, honest stories about life."