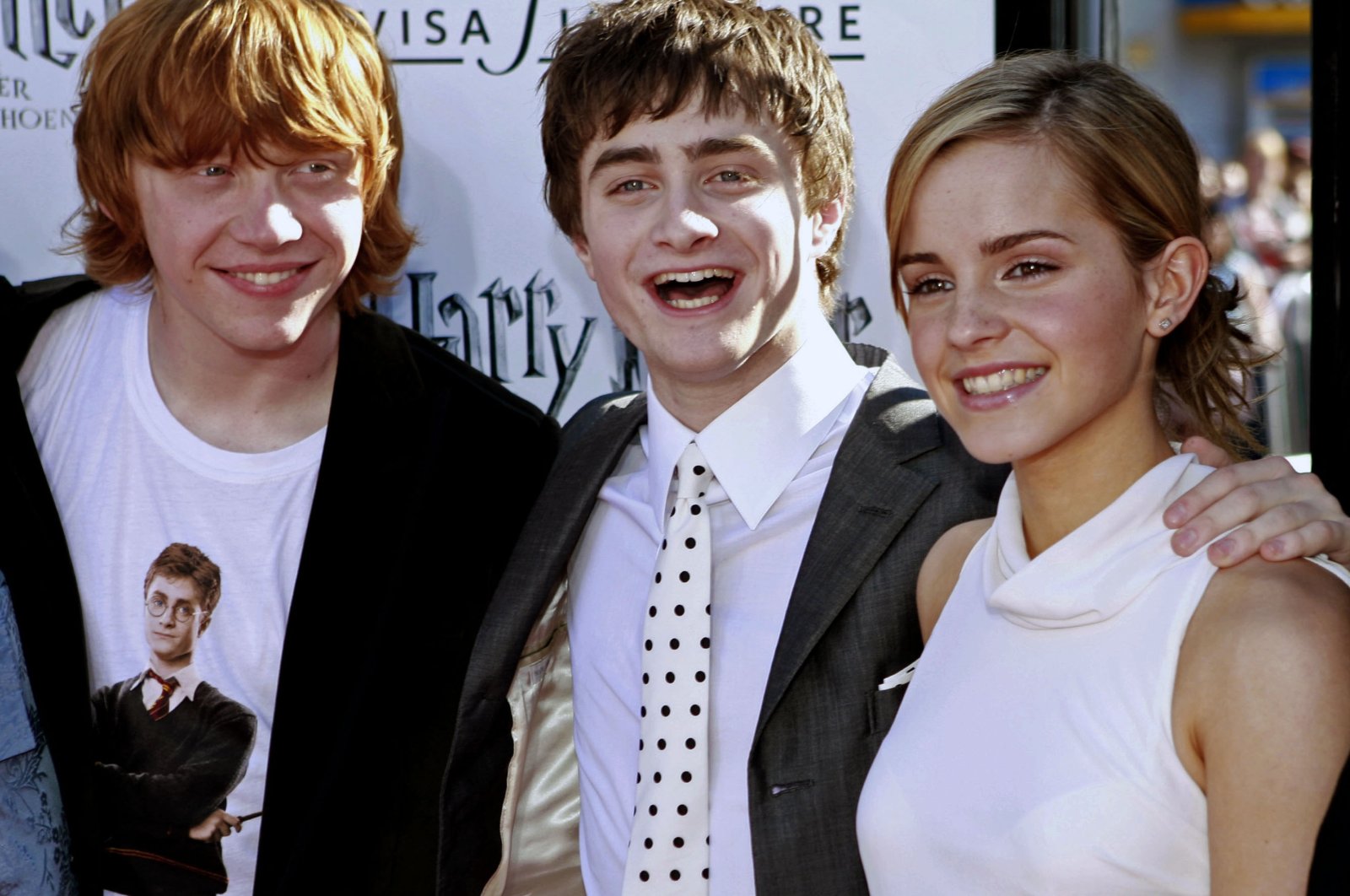 Rupert Grint (L), Daniel Radcliffe (M), and Emma Watson arrive at the premiere of "Harry Potter and The Order of the Phoenix" at Grauman's Chinese Theatre in Los Angeles, July 8, 2007. (AP Photo)
by REUTERS Nov 17, 2021 9:00 am
RECOMMENDED

It has been some 20 years since the first installment of the “Harry Potter” film series introduced us to the fascinating wizarding world created by author J.K. Rowling on screen. On the occasion of the 20th year celebrations, “Harry Potter” stars Daniel Radcliffe, Emma Watson and Rupert Grint will come together with other cast members for a special 20th anniversary TV retrospective, movie studio Warner Bros said on Tuesday.

But "Harry Potter" author Rowling will not be among those making a personal appearance on the show.

The special will be broadcast on Jan. 1 on streaming platform HBO Max. Warner Bros and HBO are owned by AT&T Inc.

The retrospective will see the cast return to the original Hogwarts boarding school sets that were featured in the first film "Harry Potter and the Sorcerer's Stone" ("Philosopher's Stone" in the U.K.) released in November 2001.

The film franchise based on Rowling's stories about an orphaned boy with magical powers took in some $7.8 billion at the global box office.

Rowling's name was not included in the announcement on Tuesday but she will feature in archive footage that will be shown in the special, a source familiar with the matter said.

Rowling's opinions on transgender issues in the last year have been a cause of controversy, with some in the LGBTQ community accusing her of transphobia.

The TV special is one of several 20th-anniversary events planned by Warner Bros, including a TV quiz contest for Potter fans hosted by Helen Mirren, which will include cameo appearances by some of the cast and celebrity fans including comedians Pete Davidson and Jay Leno.