Hollywood flocks to mythical Greece, helping it rise from the ashes 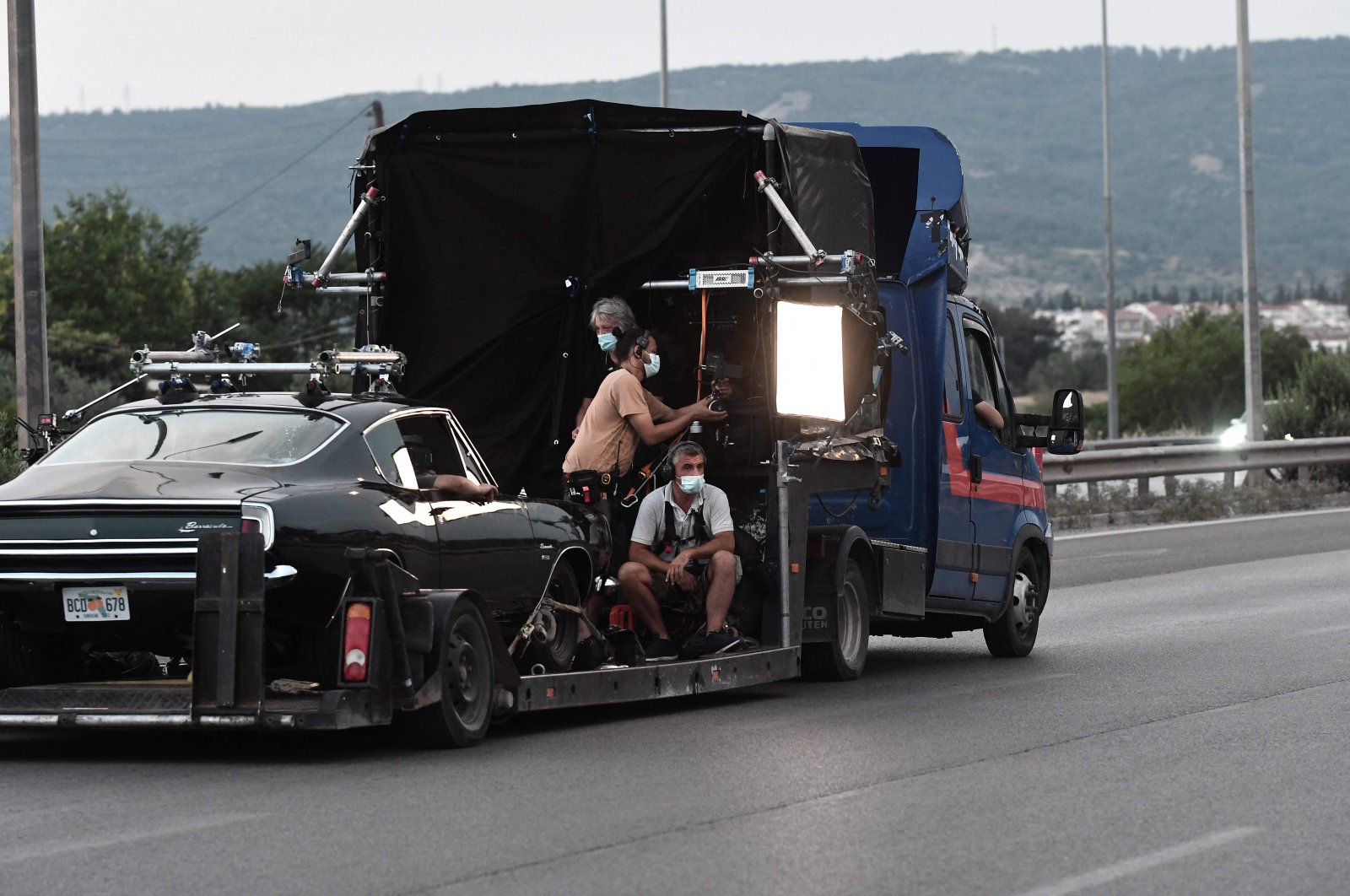 Beautiful beaches and unparalleled ancient history wrapped in unique mythology – who wouldn't want to spend some time in Greece, or even shoot a movie there? Until recently, apparently most of Hollywood. However, this hesitancy seems to be changing as the film industry flocks to the Mediterranean nation in an unprecedented fashion.

A burly man in a buzz-cut crosses a busy street, nearly running into a passing cab. Nearby, two Miami police officers monitor a bustling crowd beside their squad car.

The man is Spanish actor Antonio Banderas and standing in for the Magic City is Greece's northern metropolis Thessaloniki where Millennium Media, producers of "The Expendables" series, are shooting their latest action flick.

Banderas' new outing, "The Enforcer," is one of several high-profile shoots taking shape in the midst of an uncharacteristic flurry for Greece's film industry, which reopened from a pandemic lockdown just in May.

Veteran Greek producer Panos Papahadzis said this season's film wave is a "crash test" for the local industry after years in the doldrums.

"For 20 years we have been calling on the state ... to turn Greece into a film-friendly country," Papahadzis, whose company Argonauts is co-producing "Crimes of the Future," told Agence France-Presse (AFP).

"There have never been (as many productions filming simultaneously) in the history of Greek cinema," adds Vasiliki Diagouma, communication and PR manager at the Greek national center of audiovisual media and communication (EKOME).

Greece has a long history of missing out on foreign films – even Greek-themed ones – for reasons including "bureaucracy and a lack of knowledge among decision-makers," Diagouma said.

"Five years ago, it would be inconceivable to shut down entire areas for film shoots," added Papahadzis.

In 2004, the year Athens hosted the Olympic Games, the Homeric epic Troy was filmed in Malta and Mexico, while Morocco scooped Oliver Stone's Alexander.

Later sword-and-sandal films were shot in Hungary and Bulgaria.

"Forty percent of tourists choose destinations they have seen in movies," noted Papahadzis.

The final insult came in 2016 when an Athens riot scene set for Matt Damon's Jason Bourne spy thriller was shot in Spain.

A year later, the Greek government introduced a law to attract foreign productions with cash incentives.

Foreign films, TV series, documentaries, animations, and digital games made on Greek territory are now entitled to a rebate of 40% of eligible expenses – including travel, fuel, and leading cast fees.

The scheme took a while to take hold. But in the past two years, nearly 150 projects including more than 70 international productions have signed up for a combined investment of over 180 million euros ($210 million), according to EKOME.

"We may be late-comers to the game, but we have adopted the best practices in the industry," Diagouma said.

"We are one of the few countries to offer (such a broad rebate)."

The sailing has not all been smooth.

In an open letter last month, the union of Greek cinema and TV technicians complained that the Banderas movie, produced by Millennium-owned Nu Boyana Studios in Bulgaria, was leaving "minimal" benefits in Greece.

"Not a single professional cinema technician taxed in Greece is working on the movie," the union said in a letter to state officials.

Nu Boyana Studios "is getting a Greek tax rebate whilst leaving minimal tax (earnings) in Greece," it added.

Liberal Kathimerini daily wrote that "almost all specialist jobs" in the movie had been staffed by "low-paid Balkan workers."

Asked about the issue, Diagouma insisted that the projects vetted by EKOME "leave behind not just money, but also expertise, good cooperation and professional connections".

"When one person is employed, this creates jobs for another 15 people. People are earning a living, this is very important for our country especially after 10 years of crisis," she said.

Nu Boyana has also pledged to create a film studio in Thessaloniki, but the project has been held up by the pandemic.

Arthouse actor Alexandros Logothetis has just returned from shooting a TV series in Ireland. He says the differences with the Greek industry couldn't be greater.

"Almost the entire film crew was Irish. Whereas with the Banderas movie in Thessaloniki, the crews were brought in from abroad ... this is a mistake. There should be safeguards and specific quotas for Greek labor," Logothetis said.

Diagouma argues that even though Greece's second city is not specifically mentioned in "The Enforcer," "there is no better promotion for tourism in Thessaloniki ... all it takes is a single tweet by Banderas." Banderas obliged on July 7.

"Shooting in #Thessaloniki. Quiet on set!" the 60-year-old tweeted alongside a picture of himself enveloping film director Richard Hughes in a bear hug.