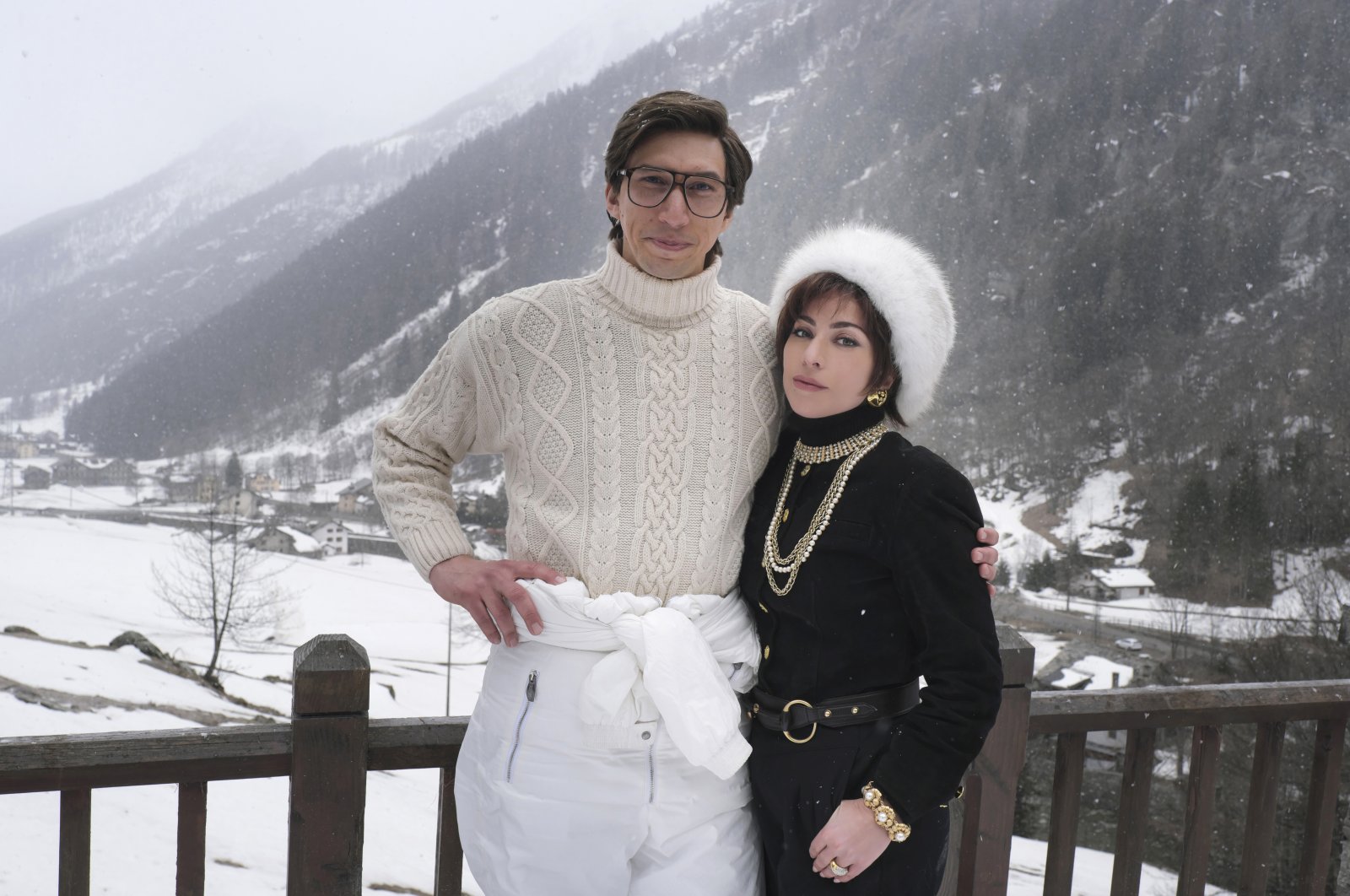 This image released by MGM shows Adam Driver as Maurizio Gucci, left, and Lady Gaga as Patrizia Reggiani in "House of Gucci." (AP)
by REUTERS Dec 01, 2021 10:06 am

Ridley Scott's "House of Gucci" film, featuring one of the most stellar casts of the year, brings the story of the squabbling family behind the Italian fashion brand to the big screen. However, the heirs of Aldo Gucci, who turned the brand into a global phenomenon, are not so happy about the portrayal of their family in the production and found it inaccurate.

The film, starring Lady Gaga, Adam Driver and Al Pacino, centers on the murder of family scion Maurizio Gucci, gunned down in 1995 in the hall of his elegant Milan office by a hitman hired by his estranged wife, Patrizia Reggiani.

In an interview with Reuters this month, Jeremy Irons, who plays patriarch Rodolfo Gucci, said that the story was irresistible, calling it "bold, and brazen and blingy, Italian."

"Despite the claim that the work seeks to tell the true story of the family ... the film conveys a narrative that is anything but accurate," they said in a statement.

"The film's production did not bother to consult the heirs before describing Aldo Gucci – president of the company for 30 years – and the members of the Gucci family as thugs who were ignorant and insensitive to the world around them."

"This is extremely painful from a human point of view and an insult to the legacy on which the brand is built today."

The family took particular issue with what they said was the film's representation of Reggiani, played by Lady Gaga, "as a victim trying to survive in a masculine and chauvinistic corporate culture."

"This could not be further from the truth. In the 70 years of history in which Gucci was a family business, it was always inclusive. Indeed, precisely in the 1980s – the historical context in which the film is set – there were several women in top positions and not only family members."

The family, which no longer has any relationship with the Gucci brand, now part of French luxury giant Kering, said it reserved the right "to take any action necessary to protect the name, image and dignity of themselves, and their loved ones."