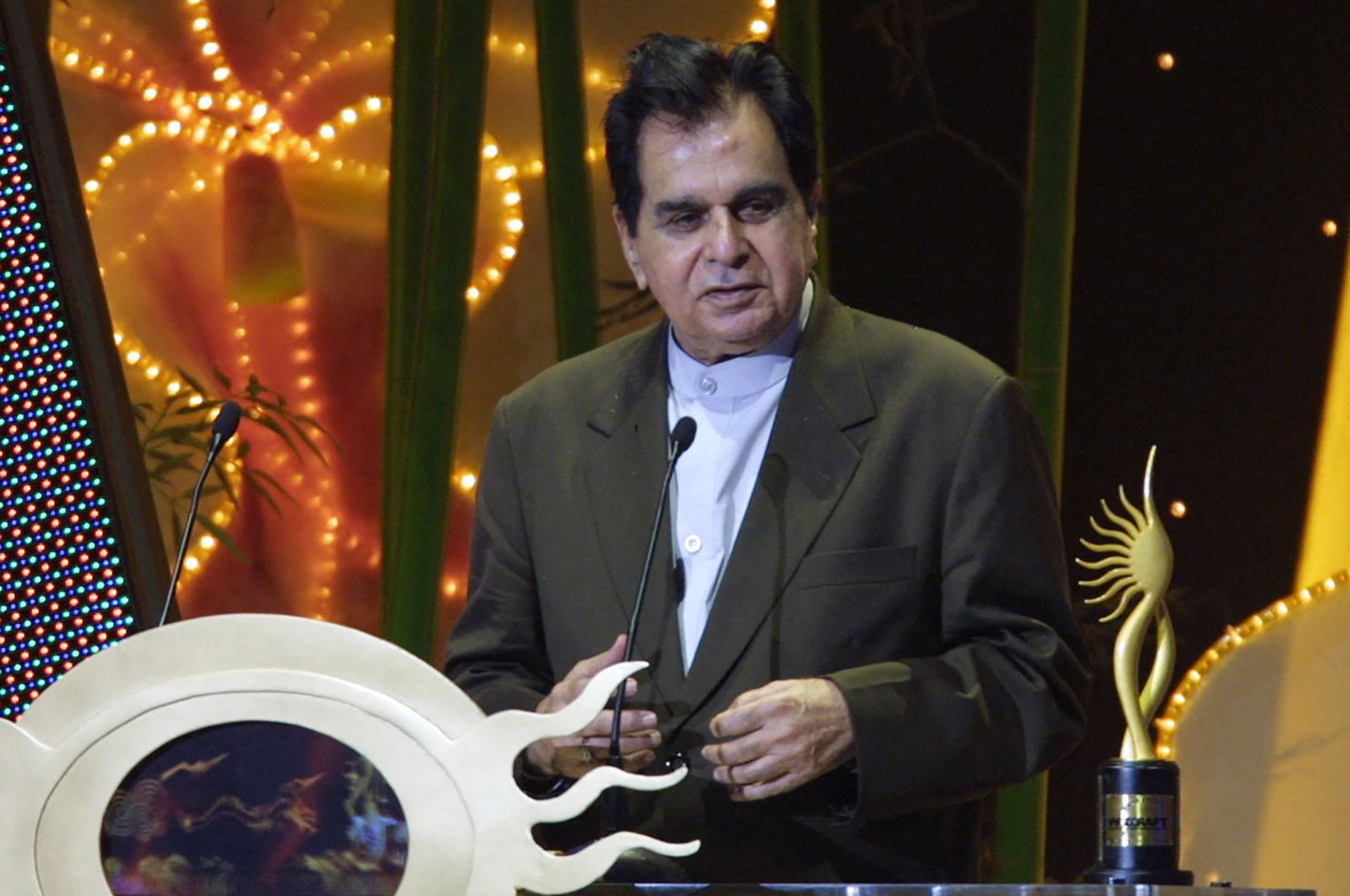 Indian veteran actor Dilip Kumar speaks at the podium for his award for outstanding achievement in Indian cinema at the 5th International Indian Film Academy (IIFA) Awards in Singapore, May 22, 2004. (AFP File Photo)
by Anadolu Agency Jul 07, 2021 8:52 am
RECOMMENDED

Legendary Indian actor Mohammed Yusuf Khan, known professionally as Dilip Kumar, died Wednesday morning at the age of 98. “With a heavy heart and profound grief, I announce the passing away of our beloved Dilip Saab, a few minutes ago,” Faisal Farooqui, a relative, posted on the actor’s Twitter account early Wednesday morning.

Dr. Jalil Parker, the doctor treating him, told the media outside the hospital that the actor passed away at 7:30 a.m. local time (2:00 a.m. GMT). Kumar was ailing for some time, and Kumar's wife, Saira Banu Khan, in a tweet Monday said that the Bollywood star's health "is improving." "We are still in hospital and request your prayers and duas so that Insha'Allah he is healthy and discharged soon," she had said.

Kumar was born and raised in Peshawar's historic Qissa Khwani Bazaar, or Street of Storytellers. Years before the partition of united India in 1947, he moved to Mumbai (then Bombay) to become an icon of Indian cinema. Kumar, who was known as Yusuf Khan, took on a Hindu name when he joined the Bollywood industry.

Having won several awards, Kumar's career spanned more than five decades. The death of Kumar has left everyone in the country mourning and tributes have started pouring in. "The greatest. There will never be another Dilip Kumar," wrote Indian film director Hansal Mehta. Indian Prime Minister Narendra Modi said the famous actor will be remembered as a "cinematic legend," and his death is a "loss to our cultural world." "He was blessed with unparalleled brilliance, due to which audiences across generations were enthralled," he wrote on Twitter. "Condolences to his family, friends and innumerable admirers. RIP."