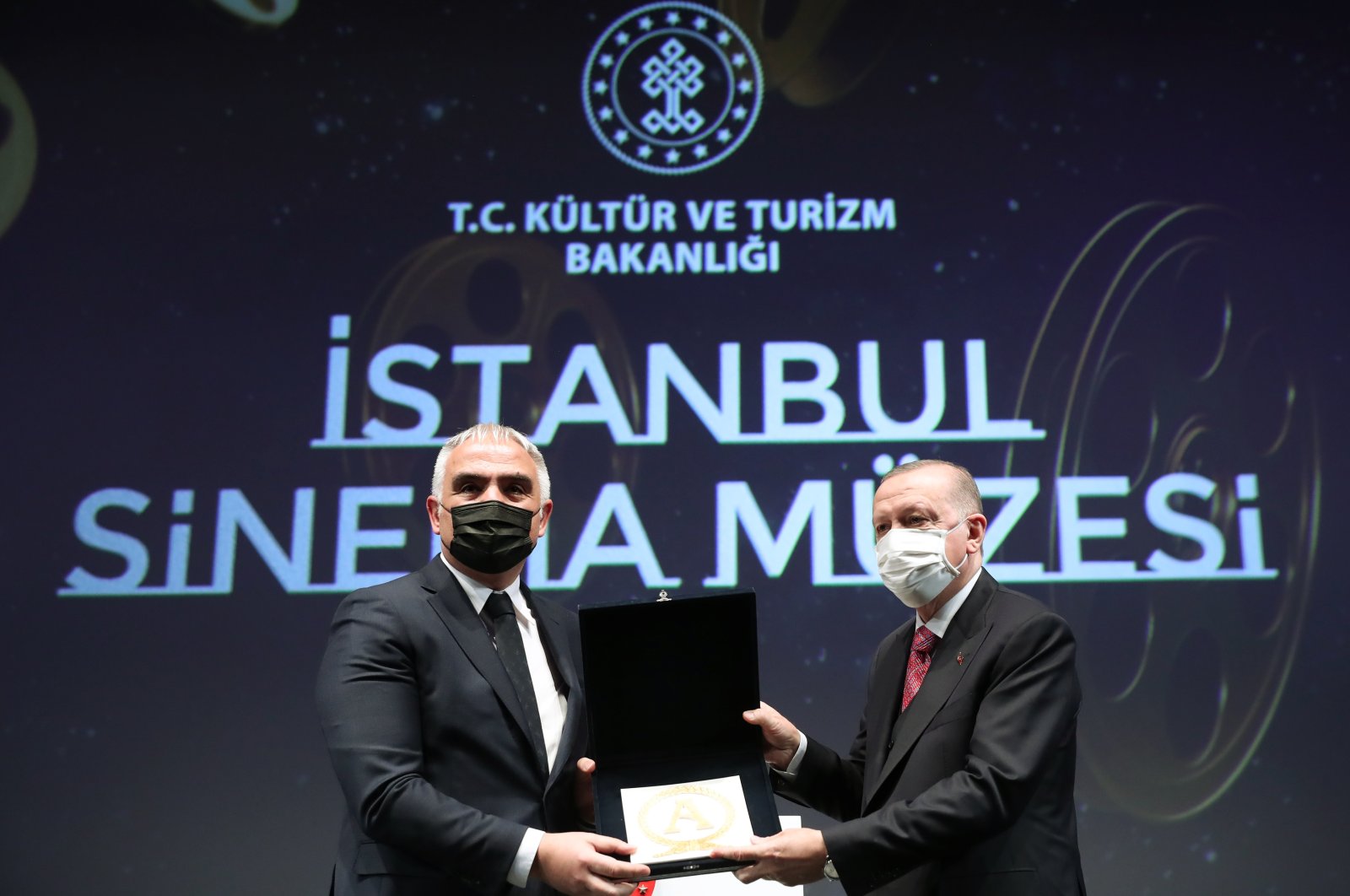 This institution is projected to be a living venue with education and entertainment along with the ability to host events, such as its own opening ceremony attended by President Recep Tayyip Erdoğan.

Istiklal Street's newly renovated building that holds the museum is in Istanbul's Beyoğlu district on the city’s European side. Its restoration is part of a wider project aimed at turning the area into a cultural hub.

Friday night’s ceremony marked the opening of the first cinema museum in Turkey and it will shed light on the nation's film industry, past and present. The venue will serve as one of the main places for gala and premier events, information and documents on world cinema and presentations of Turkish film masterpieces, in addition to exhibiting special collections.

During his opening ceremony speech, Erdoğan said that significant contributions have been made to the metropolis’ art life. Turkey's number of venues where cultural and artistic activities are carried out increased to 4,139 from 858, while its number of the events approached 110,000 from 34,000, he detailed.

Established in 1948, Atlas Theatre was one of the oldest movie theaters operating in Istanbul and the passage that gives way to the cinema is one of Istiklal's renowned meeting points. The movie theater was also one of the few survivors of the glorious “Yeşilçam” (Green Pine – in an apparent reference to Hollywood) era, which lasted between the mid-1950s until the mid-1970s and saw the Turkish cinema scene turn into a full-fledged industry producing hundreds of movies annually – although lacking in depth, acting quality and shooting techniques. Mainly centered on the namesake street joining Istiklal, the Yeşilçam era saw hundreds of movie theaters established throughout Turkey, including the Beyoğlu area, the center of all the action.

The president also announced that Istanbul's Atatürk Cultural Center, which had its inauguration postponed due to the COVID-19 outbreak from the end of this year, is set to start attracting visitors in mid-2022.

The historical Mısır Apartment on Istiklal – where Mehmet Akif Ersoy, author of the Turkish national anthem, one of the symbols of Turkey's independence, lived his last days – will also be turned into a museum. It is set to open on March 12 this year, the 100th anniversary of the acceptance of the national anthem.