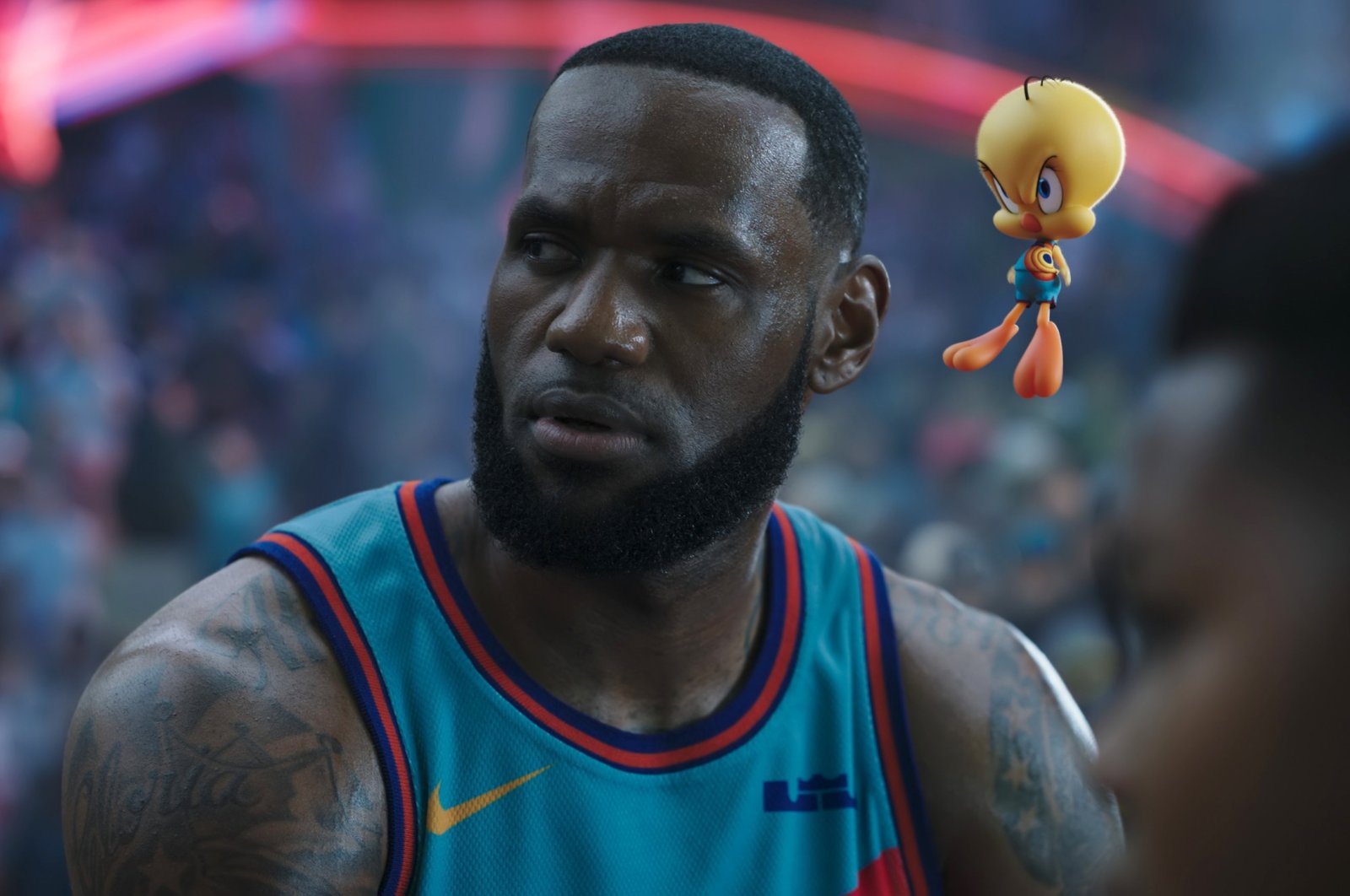 This image released by Warner Bros. Entertainment shows Lebron James in a scene from "Space Jam: A New Legacy." (AP Photo)
by REUTERS Jul 19, 2021 10:45 am
RECOMMENDED

Continuing in the footsteps of Michael Jordan, "Space Jam: A New Legacy" tells the story of LeBron James, who teams up with the members of the Looney Tunes to save his son, who is imprisoned in a digital world. The Tune Squad of the new standalone sequel surprisingly ruled over the court and box office charts this weekend. In an unexpected win, the movie debuted to $31.6 million in ticket sales.

The better-than-expected start for "Space Jam 2" pushed last weekend's champion, Disney and Marvel's blockbuster "Black Widow," to second place on box office charts with $25 million. Critics rebuffed "Space Jam: A New Legacy" but audiences appeared to embrace the film, giving it an "A-" CinemaScore. "Space Jam 2" played in 3,965 cinemas in North America while being available on HBO Max at no extra charge to subscribers.

Sony's horror thriller "Escape Room: Tournament of Champions" also opened in third place with $8.4 million from 2,815 locations. Though on par with industry expectations, its three-day debut marks a steep decline from its predecessor, 2019's "Escape Room," which debuted to $18 million and ended its box office run with $57 million. The sequel cost $15 million to produce, an increase from the first film's $9 million price tag.

At No. 4, Universal's "Fast and Furious" sequel "F9" pulled in $7.6 million in its fourth weekend of release, bringing its overall domestic tally to $154 million. Another Universal title, "The Boss Baby: Family Business," rounded out the top five, generating $4.7 million over the weekend. In total, the animated sequel to 2017's "Boss Baby" has made $44 million in theaters while playing simultaneously on the nascent streaming service Peacock.