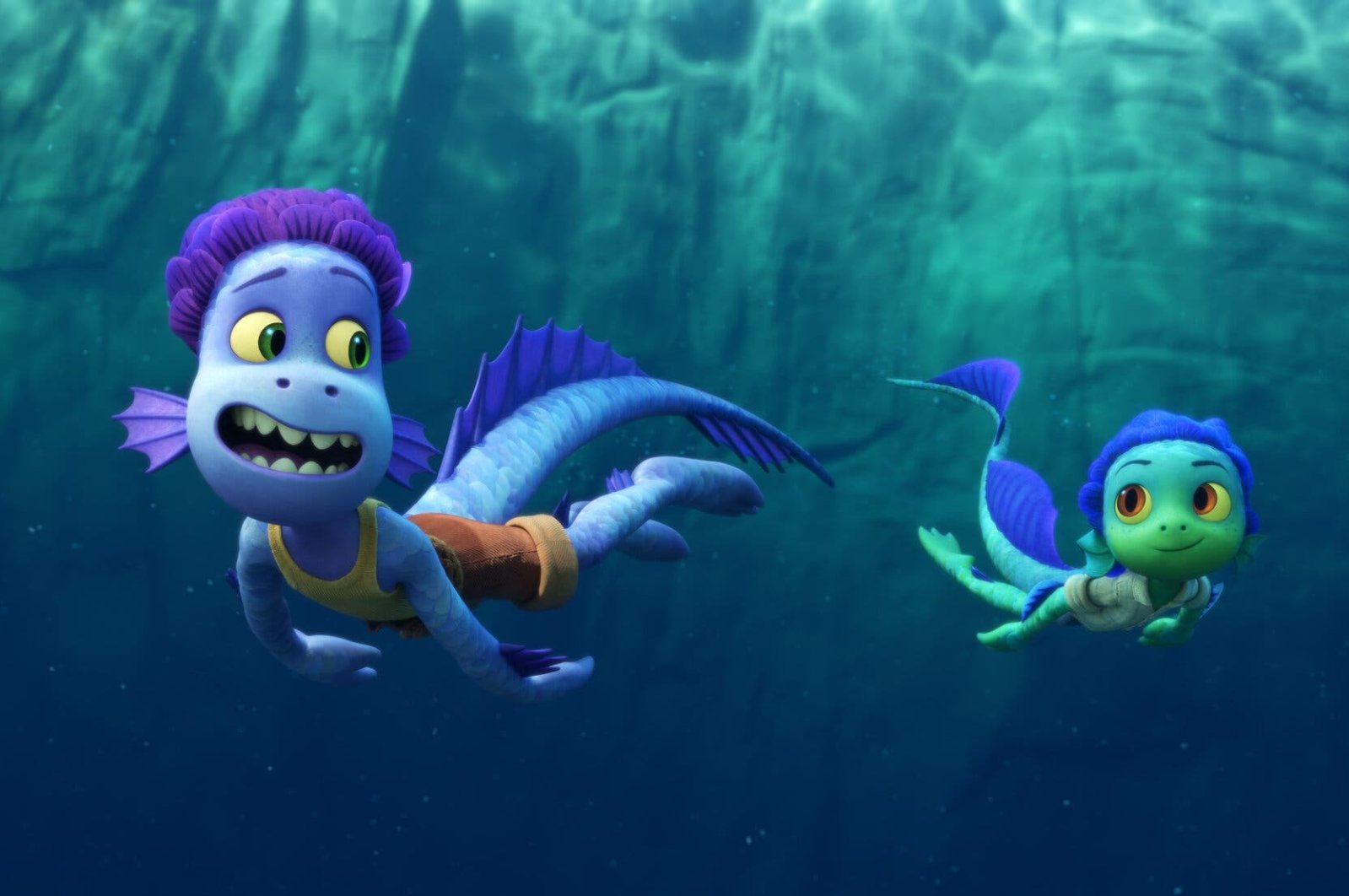 Animated movies about the ocean, much of which has not yet been explored and where millions of creatures live, have always been one of the genres that I enjoy watching. As these movies introduce various fantasy worlds, taking the viewers on a rollercoaster of emotions, I believe they don't only appeal to children (or me) but can also conquer the hearts of adults.

One of the latest animated movies to hit the big screen is "Luca," directed by Enrico Casarosa. In the movie, we are introduced to Luca, voiced by 15-year-old Canadian actor Jacob Tremblay. Luca is a curious sea monster who lives under the sea on the coast of Italy and grazes his flock of fish.

He never tries to go ashore, heeding his mother's warnings about the outside world. However, he is extremely curious about land and raises his fins every chance he gets to see what is going on above the surface. The real adventure of the movie starts when he meets Alberto, dubbed by Jack Dylan Grazer. Alberto is another sea monster and encourages Luca to go on an adventure out of the sea.

Luca learns from Alberto that sea monsters turn into humans on land when they are dry and return to their monster form when they get wet. And their journey, which starts on Isola del Mare and continues in the nearby town of Portorosso, begins.

Adventurous characters are virtually indispensable for animations. Especially when there are some rule makers for these characters – like Luca’s mom and dad. We enjoy watching them break the rules to jump into an adventurous quest.

Luke is the curious adventurer of this movie. Although he tries to listen to his mother, his meeting with Alberto paves the way for some short visits to the land, which increases his interest in the coast even more. Eventually, this little piece of land is no longer enough for the duo, which enjoys seeking adventures on motorcycles built with scraps. They set their sights on the nearby fishing town of Portorosso and after some events begin to live in human form here among the townspeople who hunt sea monsters.

As might be expected, things aren't always that easy. Together with Giulia, whom Luca and Alberto meet in the town, they team up to enter a competition, hoping to buy a Vespa with the prize money. In order to win this three-part competition, they must successfully pass the stages of swimming, cycling and eating pasta. In this movie, there is, of course, an overbearing character named Ercole, voiced by Saverio Raimondo, who also has two bad sidekicks.

“Luca” takes us to Mediterranean beaches and Italian streets, albeit for a short time. It is very easy to feel like you are in an Italian town as the characters wander through the narrow streets where Italian accents can be heard in the background. The sincerity of the town, where everyone knows each other, and its calming colors are sure to warm your hearts.

Although the animated movie is meant to be enjoyed by children, its core messages will surely move adults as well. It implies the importance of friendship and accepting differences. Giulia conveys this very well by saying, “We, the oppressed, must protect each other.”

In addition to the feeling of friendship and unity, I think the most beautiful message of the animated film is that differences are not actually scary. We are always afraid of what is different, of what we do not know. Most of the time, we see those that are different as monsters. Sea monsters are also seen by the townspeople as scary creatures that must be hunted. Similarly, sea monsters do not come to the surface to hide their identities because they are afraid of humans. However, despite all these differences, a human-monster friendship makes for a heartwarming team in the movie.

Moreover, we are afraid of not only differences but also stepping out of our comfort zone in real life. This comfort zone is our own underwater realm, which is safe waters for us, just like the deep waters where Luke and his family live. If Luke had remained too afraid of a different world to come to the surface, he would never have known the beauties of the outside world. Likewise, we may never know what is waiting for us if we do not take risks in life.

In short, Casarosa brings us a warm, emotional story filled with many important messages in “Luca.” Some scenes may even move you to tears. "Divertiti a guardare" or enjoy watching!