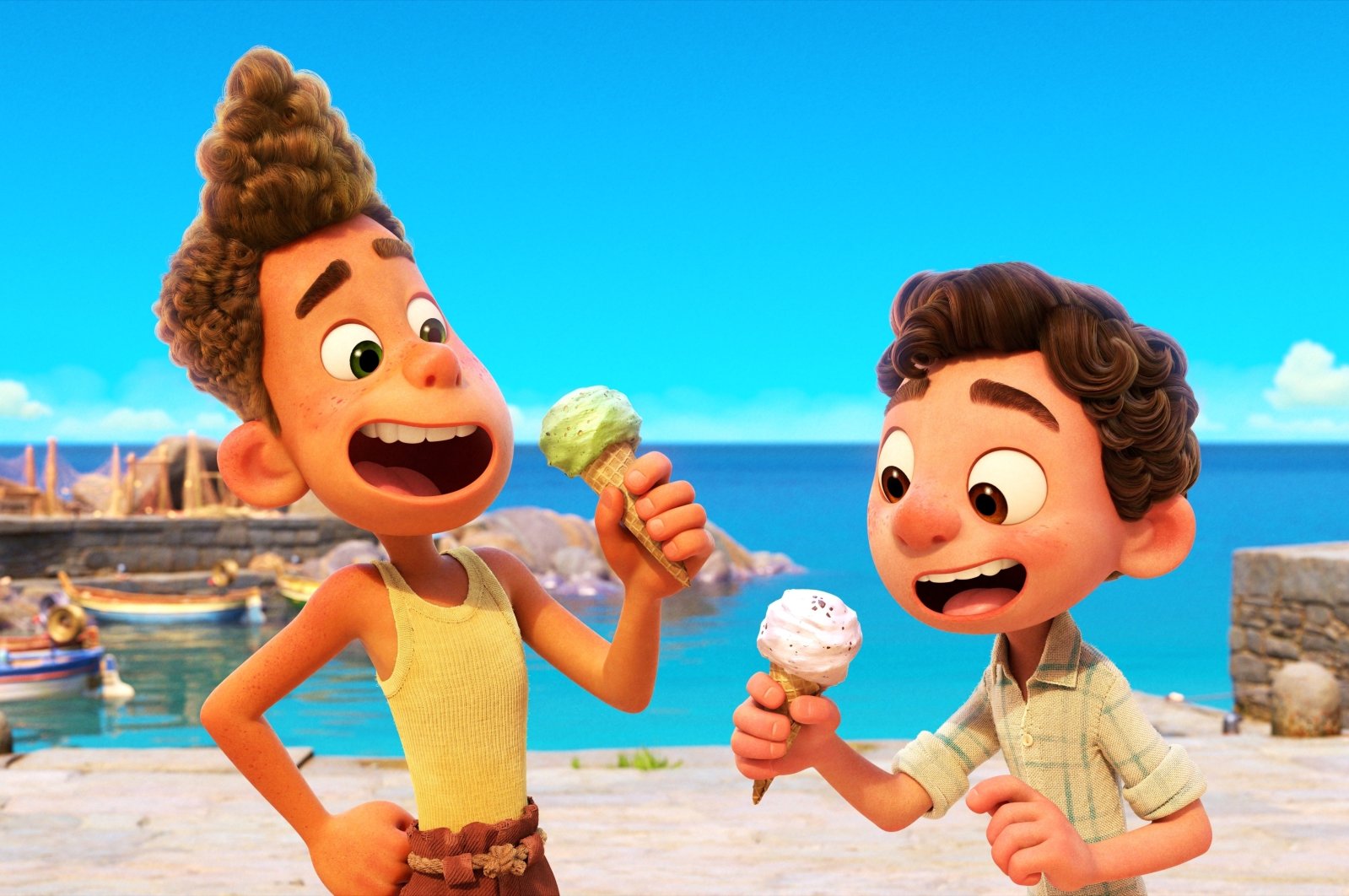 There have been many films by Pixar that has focused on unique and diverse characters as leads, from "Coco" to "Soul," and now the studio is expanding its catalog of colorful animations with its new feature "Luca," this time a personal story from its creators, set in the Italian riviera.

And yet, like so many artists before him, the Genoa-born director has been continually drawn to and inspired by his home country. As an adult living an ocean away, he developed a newfound passion for the art, literature and cinema from the place he left behind. Both his Oscar-nominated short "La Luna" and his latest feature "Luca," available Friday on Disney+, are unabashed love letters to Italy.

The decision-makers at Pixar often ask their creatives to mine the personal for their stories, so five years ago in a pitch meeting, Casarosa found himself talking about growing up on the Italian Riviera and his childhood friend Alberto, who was louder and bolder than him and a bit of a troublemaker.

It would provide the seed of the idea for "Luca," a charming coming-of-age story about the friendship that helps coax a shy, sheltered boy out of his comfort zone. There are a few fantastical modifications too, like the fact that 13-year-old Luca and Alberto are sea monsters who outside of water appear to be human boys.

"This idea of sea monsters as a possible metaphor for feeling odd and out of place (at that time in your life) clicked for a lot of people," Casarosa said.

Even his friend Alberto approved. Yes, they still keep in touch.

Casarosa decided to set "Luca" in a fictional seaside town named Portorosso in the late 1950s and early '60s. He figured it would give it a timeless feel and also allow him to reference some of his favorite touchstones from the era, from the films and the music to the 1959 Vespa, which the boys become obsessed with.

There are "Easter eggs" everywhere in "Luca." One of the first images is a boat named Gelsomina, a reference to Giulietta Masina's "La Strada" character. Pixar artists also designed their own "La Strada" and "Roman Holiday" posters that adorn the walls of the town.

A few lucky "Luca" collaborators even got to go on some scouting trips to Cinque Terra and Genoa during the story development phase so they could get a feel for the place and the uniqueness of the architecture and the cliffside towns. Naturally, it also involved a lot of eating: Gelato, focaccia and even his mother's lasagna.

"They had a tough job of trying a lot of amazing food," he said, laughing. "It was really about making sure that everybody had a common ground to build this story upon."

The team spent years developing the story and the look of "Luca" at Pixar headquarters, figuring out ways to make the animation software that is engineered to achieve realism, hit the more poetic, storybook style that Casarosa wanted.

"You're trying to capture texture," said producer Andrea Warren. "We were adding imperfections to it. Instead of the shiny computer images, we wanted it to look like a brushstroke or the edge of a pastel."

Even the waves, she said, are designed to evoke the "feeling of a wave" and not a photorealistic rendering.

It was not the only challenge they faced: Right as the next phase of production was about to begin, the pandemic hit. Suddenly everyone was scrambling to finish "Luca" from home.

"We had to get inventive really quickly to stay on track because our release date never changed," Warren said. "It definitely brought out a scrappiness, ingenuity and flexibility on the part of the team. We were sending iPads and microphones to people's houses ... asking actors to be technicians on top of being actors."

It caused some headaches. There were lost takes when someone would forget to hit record or the zoom session would cut out. Jack Dylan Grazer, who voices Alberto, recorded his dialogue from his mother's closet where he sometimes lost a take when his arm would bump up against a hanger.

"It was not ideal, but I think it was inspiring," Warren said. "There was a sense of all of us getting through it together," he explained.

And although the release date for "Luca" never changed, it did pivot from a major theatrical release to a streaming one at the last minute as an offering to Disney+ subscribers.

"It was a little sad at first," said Casarosa. "We worked so hard on this movie. We're so ready to be in the theater experiencing something together with other people ... (but) we felt very fortunate that we're able to share the movie with everybody."

"It's a joyous movie and I hope it brings some of the light that it brought us making it while we were all stuck indoors," he added and said, "We hope to give a little bit of that dive into the beautiful aqua water to everybody."