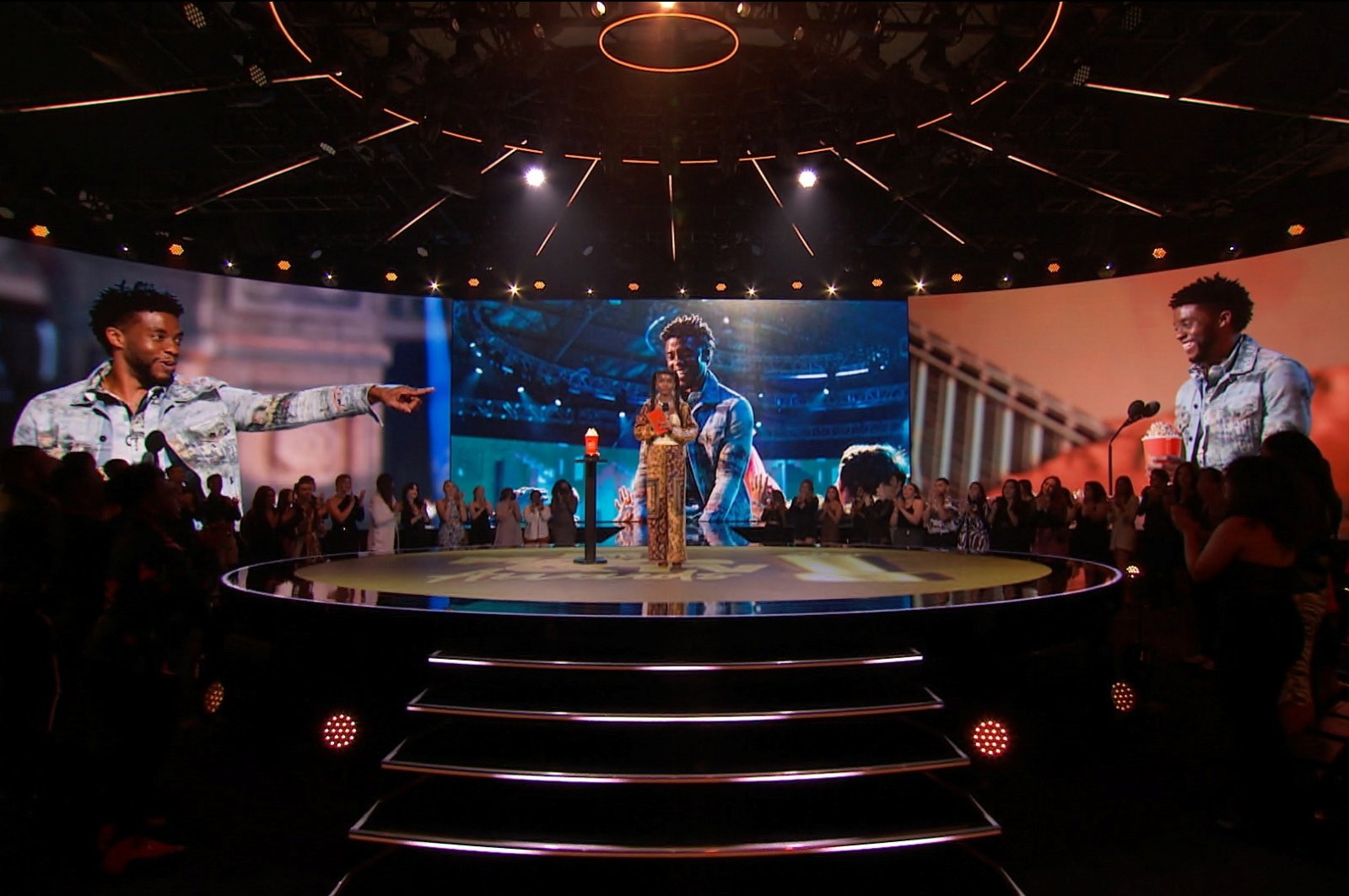 Marvel's superhero spinoff series "WandaVision" dominated the MTV Movie and TV awards as the late Chadwick Boseman was honored as well during the event. During the awards, Sacha Baron Cohen jokingly lamented his recent failure to receive an Oscar, and he and Scarlett Johansson received special awards for their contributions to the film industry.

"WandaVision," which takes characters from Marvel's record-breaking superhero blockbuster films and shifts the action to the Disney+ streaming platform, won four awards at the Los Angeles ceremony, including best show.

The oddball but acclaimed series set in a bizarre, sitcom-inspired world also bagged best performance in a series for its star Elizabeth Olsen, best villain for Kathryn Hahn and "best fight."

"This is bananas, this whole thing, this whole year has been so trippy," said Hahn, one of several stars to refer to the pandemic's impact, with the live in-person award show taking place in Hollywood a year after the previous edition was canceled.

The late Chadwick Boseman, who surprisingly failed to posthumously win best actor for "Ma Rainey's Black Bottom" at last month's Oscars, was honored for best performance in a movie.

The awards do not differentiate between male and female actors and have been honoring Hollywood since 1992 with "golden popcorn" statuettes for unconventional categories, including "best kiss."

Taking place at the start of the summer blockbuster season and voted for online by the public, the awards tend to recognize more mainstream and commercial favorites than other ceremonies.

"To All the Boys: Always and Forever," the conclusion to Netflix's trilogy of teenage romantic comedies adapted from Jenny Han's young adult novels, was named best movie.

Baron Cohen won a non-competitive award, accepting in a video that saw him arguing with his own comic and frequently inappropriate personas such as Borat and Ali G.

"Right before anyone else does it, I am officially canceling myself," joked Baron Cohen.

"I was actually really looking forward to this after losing at the Oscars. You can keep it. Go on, you're a caricature," he told his gay Austrian fashionista alter-ego Bruno, handing over his statuette.

Baron Cohen had been nominated for best supporting male in "The Trial of the Chicago 7" and best adapted screenplay for "Borat Subsequent Moviefilm" but failed to win either Academy Award.

Scarlett Johansson was also honored for her career by MTV on Sunday.