A year-and-a-half in review: Some of the best Oscar-worthy films 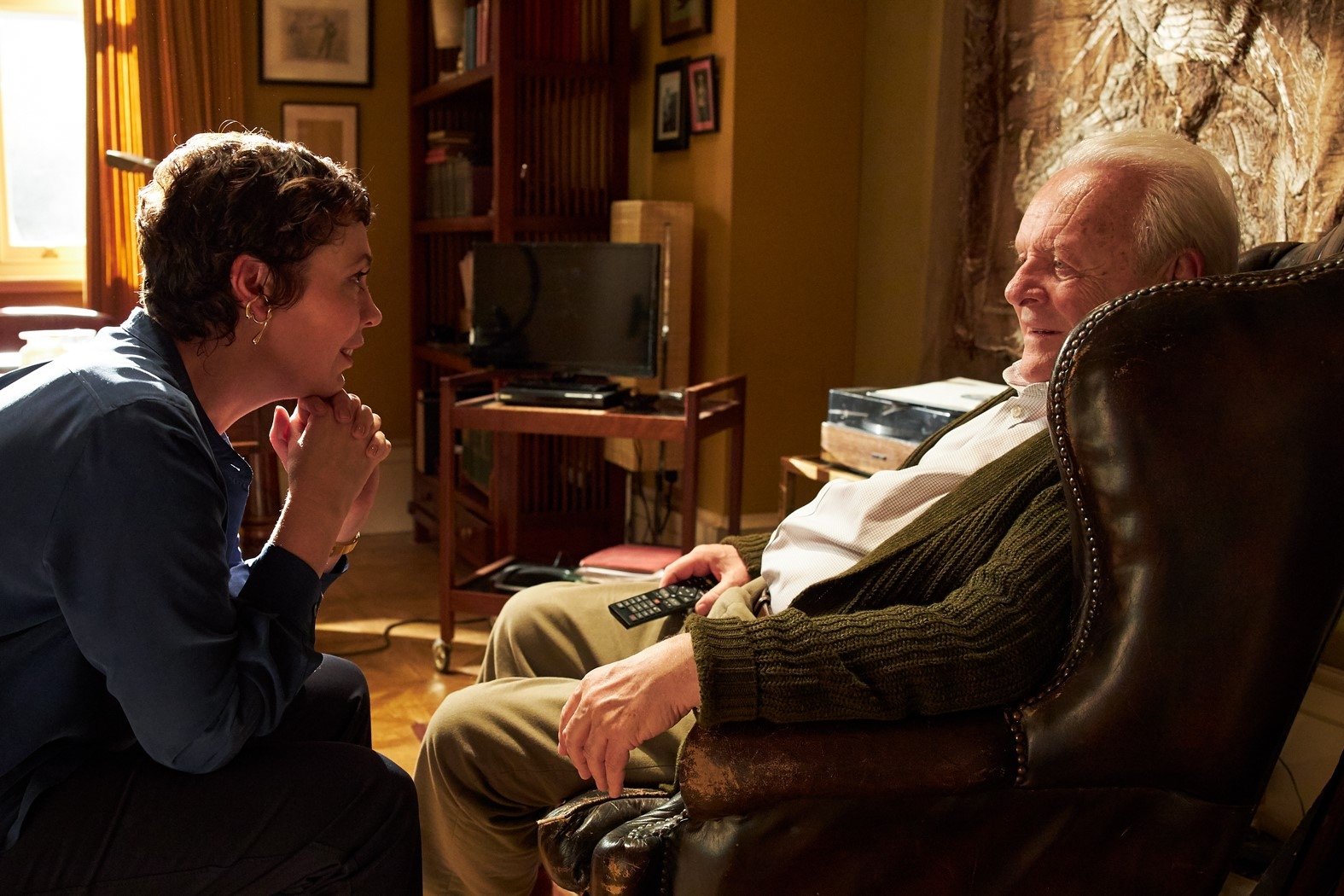 Theaters were shut down for most of 2020 due to the global COVID-19 pandemic, forcing studios to delay most of the major releases, but there were still some gems and masterpieces to be found on the shortlist

It has been quite a unique and strange year-and-a-half for cinemas and Hollywood as the majority of 2020 passed without any new big releases after theaters closed their doors due to the global COVID-19 pandemic. However, there were some incredible performances, directorial masterworks and stunningly beautiful visuals to be seen in the few films that movie lovers did get to see. So, as the delayed Academy Awards approach with nominations yet to be announced, let's take a look at some of the best and Oscar-worthy films of the last year-and-a-half.

This movie is a time-warping modern international spy thriller of epic proportions. By now it is apparent that everything film director Christopher Nolan does is epic, and he is back in the science fiction genre after his little experiment with history in the World War II film "Dunkirk."

"Tenet" was the first film, or rather first big release, to be shown in theaters in 2020 after cinemas that were shut down due to the global COVID-19 pandemic started to reopen. Nolan's most expensive original story to date gathered around $360 million at the box office which was promising and disappointing at the same time. Box office earnings of $360 million in a COVID-19 environment were encouraging for theaters; however, considering the $200 million budget, it would surely have made more than twice as much in a typical theater season.

The experience that "Tenet" offers, on the other hand, could only be described as cinematic. The film was a technical masterpiece, laden with incredible set pieces, unbelievable stunt work and just stunning practical effects. Nolan's passion for cinema can be seen in this blockbuster, and his dedication to capturing as much of the film on camera as possible, rather than hurting the immersion with computer-generated images down the line, is awe-inspiring. One such scene in particular in which a giant plane crashes into a hangar comes to mind.

Meanwhile, the story is kind of complicated and splits opinion. The biggest problem, apparent from social media posts, seems to be the lack of character building. The protagonist character, who is, by the way, literally called the “Protagonist,” feels too shallow and lacks details, although John David Washington gives an incredible performance especially in more action scenes. The quote from the science lady trying to explain the convoluted physics of the movie seems a little ironic in retrospect: “Don't try to understand it. Feel it.” You certainly feel the action and the movie overall, but one would have liked to feel the characters more as well.

Other than that, Nolan delivers a superb flick and I daresay, the loud music did not bother me. Speaking of music, one thing you immediately notice from the first scene is that Hans Zimmer has not composed the songs as you would expect from a Nolan film. However, Swedish artist Ludwig Goransson's original score makes you forget about Zimmer from the get-go and is as impressive as the movie itself. It is among the shortlist for the Best Original Score nominations, and I would not be surprised if it takes home the prize.

"The greatest film in cinema history" is how many people, particularly film enthusiasts, describe “Citizen Kane,” the 1941 Orson Welles film. David Fincher's “Mank,” tells the story of how the iconic film was created from the point of view of Herman J. Mankiewicz who wrote the screenplay.

Gary Oldman gives a stellar performance as the titular character, which is equally matched by the ensemble cast. Fincher's unique eye for shots is not as pronounced this time, but the film is beautiful to look at with its 1930s-inspired black and white aesthetic, which is a rare but fitting and welcome break from the modern look of films.

The dialogue-driven piece truly feels like an ode to the Golden Age of Hollywood and its studio system and relates the tale of a unique artistic mind as he struggles with figures of authority, lack of recognition for the artist and most significantly alcoholism.

"Mank" is not strictly historically accurate, but then again, it is not a documentary. Fincher's story doesn't even devote much time to “Citizen Kane,” as it tries to focus on an outcast character and his political views, personal life and artistic journey through 1930s Hollywood.

Netflix is determined to land its hands on a couple of Academy Awards this year as the “Ma Rainey's Black Bottom” is another great piece from the studio. The film, based on August Wilson's play with the same name, focuses on Ma Rainey, the influential singer who was nicknamed the “Mother of Blues,” played amazingly by Viola Davis, and Levee, Rainey's horn player, portrayed by the incredible Chadwick Boseman, who passed away in 2020 after secretly fighting with cancer for years.

The film, like Wilson's last adapted play, “Fences,” which also starred Davis alongside Denzel Washington, feels like a play rather than a film with an emotional dialogue-driven story. Boseman garnered much acclaim and praise for his performance and may receive a posthumous Best Actor award which would be a fitting and deserving tribute to the incredible actor, like Heath Ledger's posthumous 2009 win for his “Joker” performance.

'The Trial of the Chicago 7'

Aaron Sorkin is back in the director's chair after his debut with “Molly's Game,” a much-underrated film. This time Sorkin adapts it for the big screen, or the small screen as it is a Netflix production, the real-life story of seven activists who were on trial due to their protests against the Vietnam War which the prosecutors argued was instigating violence as it led to riots.

Sorkin's explosive fast-paced unique style of dialogue and storytelling is once again on display with the historical courtroom drama "The Trial of the Chicago 7," as the ridiculously talented ensemble cast; which includes the likes of Sacha Baron Cohen, Eddie Redmayne, Jeremy Strong, Mark Rylance, Yahya Abdul-Mateen II, Joseph Gordon-Levitt and Michael Keaton; all deliver great performances.

“The Father” involves the great Olivia Colman, who finally received wider recognition with her Oscar win for “The Favourite,” and the always iconic Sir Anthony Hopkins in an almost exclusively double-act drama as Hopkins portrays an aging man who refuses to accept help from his daughter, played by Colman, and slowly descends into dementia.

Hopkins provides a mercurial and moving performance as he demonstrates the fading and cracking mind of an elderly individual, and Colman keeps up with her universally acclaimed counterpart. The film is sure to receive nominations for Best Actor and Best Actress awards and maybe even be considered for one of the best films or screenplays of the last year-and-a-half.

Francis McDormand is back for another Best Performance by an Actress in a Leading Role award in “Nomadland” after taking home the prize in 2018 with her incredibly emotional yet comical performance in “Three Billboards Outside Ebbing, Missouri.” The story revolves around a woman who embarks on a journey through the American West in a van and lives as a nomad after losing everything in the Great Recession of the late 2000s. The tale of McDormand's widowed character makes for a slow-burn and sober, down-to-earth experience offering glimpses of hope and humanity along the way.

Other interesting and noteworthy movies to come out during the period included Emerald Fennel’s dramatic crime thriller “Promising Young Woman” starring Carey Mulligan, which focuses on a young woman out for vengeance against those who crossed him. Another movie “Minari” tells the tale of a migrant Korean family who starts a farm in the U.S. state of Arkansas in the 1980s and stars Steven Yeun of "The Walking Dead.” "Minari" is from the studio A24 which has been producing some of the best emotional and incredible small scale, indie-like films throughout the past several years.

“One Night in Miami” hooks the viewer immediately with only its premise as it imagines a fictional meeting taking place between Muhammad Ali, Malcolm X, Jim Brown and Sam Cooke on Feb. 25, 1964, the night when Muhammad Ali, then Cassius Clay, won the world heavyweight championship by defeating Sonny Liston. “Malcolm & Marie,” a late entry into the list of contenders and another Netflix production, is a double-act between John David Washington and Zendaya as the duo portray a director and his girlfriend and provides a unique drama in which the couple’s relationship is tested when they return home from the movie premiere and await the critics’ response.

Then, there is the “News of the World” starring household name Tom Hanks as a Civil War veteran who tries to reunite a young girl separated from her family years ago with her aunt and uncle. The film shows the relationship they form and the journey they take through the historical American West. Lastly, “Sound of Metal” stars Riz Ahmed as a punk-metal drummer who starts to lose his hearing, with the actor providing a stellar performance that might finally put him deservedly in the limelight.