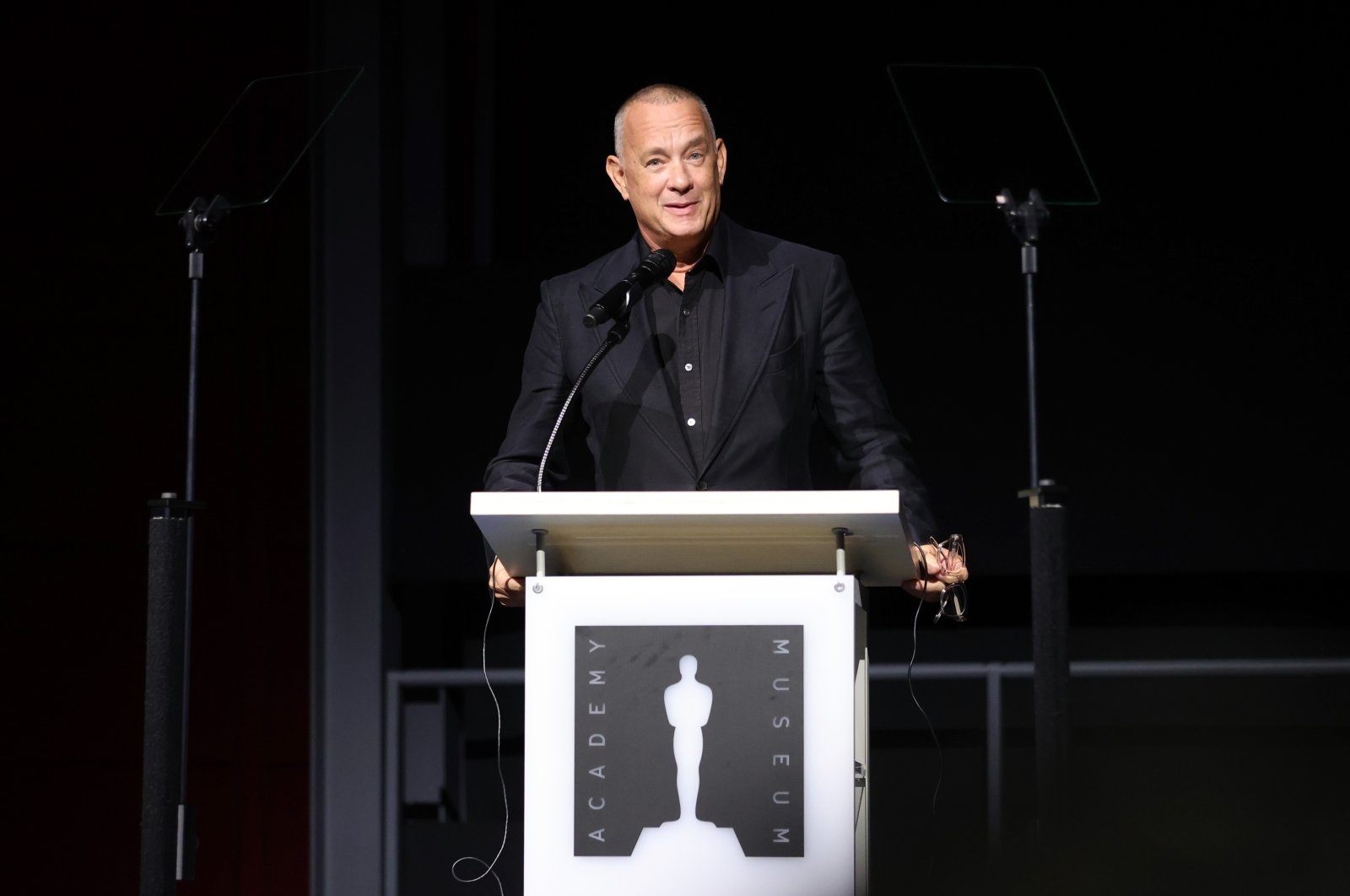 Los Angeles finally has a home with a unique museum for its decades of storied Hollywood and cinema history – and it's about time, said actor Tom Hanks, one of Tinseltown's most recognizable faces as he, along with Anna Kendrick, welcomed journalists to a special pre-opening event Tuesday, calling the museum a celebration of an art form that has made a global impact.

The world capital of filmmaking and home of Hollywood boasts museums for everything from natural history to selfies, but until now has never had one dedicated to the silver screen.

After decades of delays, the Academy Museum of Motion Pictures opens to the public next week.

"It matters for Los Angeles to have this film museum," said double-Oscar winner Hanks, who serves as a trustee.

"We all know that films are made everywhere in the world, and they are wonderful films. And there are other cities with film museums."

"But with all due respect, a place like Los Angeles, created by the Motion Picture Academy... this museum has really got to be the Parthenon of such places."

Upon opening, the museum – run by the Oscar-awarding Academy – will be the largest film-dedicated museum in North America.

Drawing on some $390 million funding from Hollywood institutions old and new – including Disney, Warner and Netflix – and beyond, the building was designed by famed architect Renzo Piano.

He added the gleaming, orb-shaped David Geffen Theater, which appears to hover above the museum's courtyard, inviting some obvious comparisons to the "Star Wars" films.

"Call it the Zeppelin. A Zeppelin to take you (to) a different world."

The museum presents a broad overview of more than a century of motion pictures from around the world.

Modern Tinseltown treasures include costumes from "Bram Stoker's Dracula," a pair of red slippers from "The Wizard of Oz," an orc from "The Lord of the Rings," the amphibian man from "The Shape of Water," and "Star Wars" droids C-3PO and R2-D2.

Older heirlooms include a "Rosebud" sled from "Citizen Kane," regularly named the best film ever made.

Only three wooden sleds were ever made – on set, director Orson Welles wasn't happy with the first take, but wrapped filming after the second was thrown onto a furnace for the film's climactic scene, meaning the third survived.

"Do we need a movie museum? Yeah. Because we need to celebrate everything that this town has brought to the world," said Hanks.

The museum's temporary space opens with an exhibition of Japanese animator Hayao Miyazaki's work, leading visitors through a "tree tunnel" inspired by the classic "My Neighbor Totoro" to see sketches of flying castles and early character designs.

"We want to bring through all of the international and diverse stories of moviemaking through our galleries," museum director Bill Kramer told Agence France-Presse (AFP).

After a star-studded opening gala Saturday, the museum opens to the public on Sept. 30.